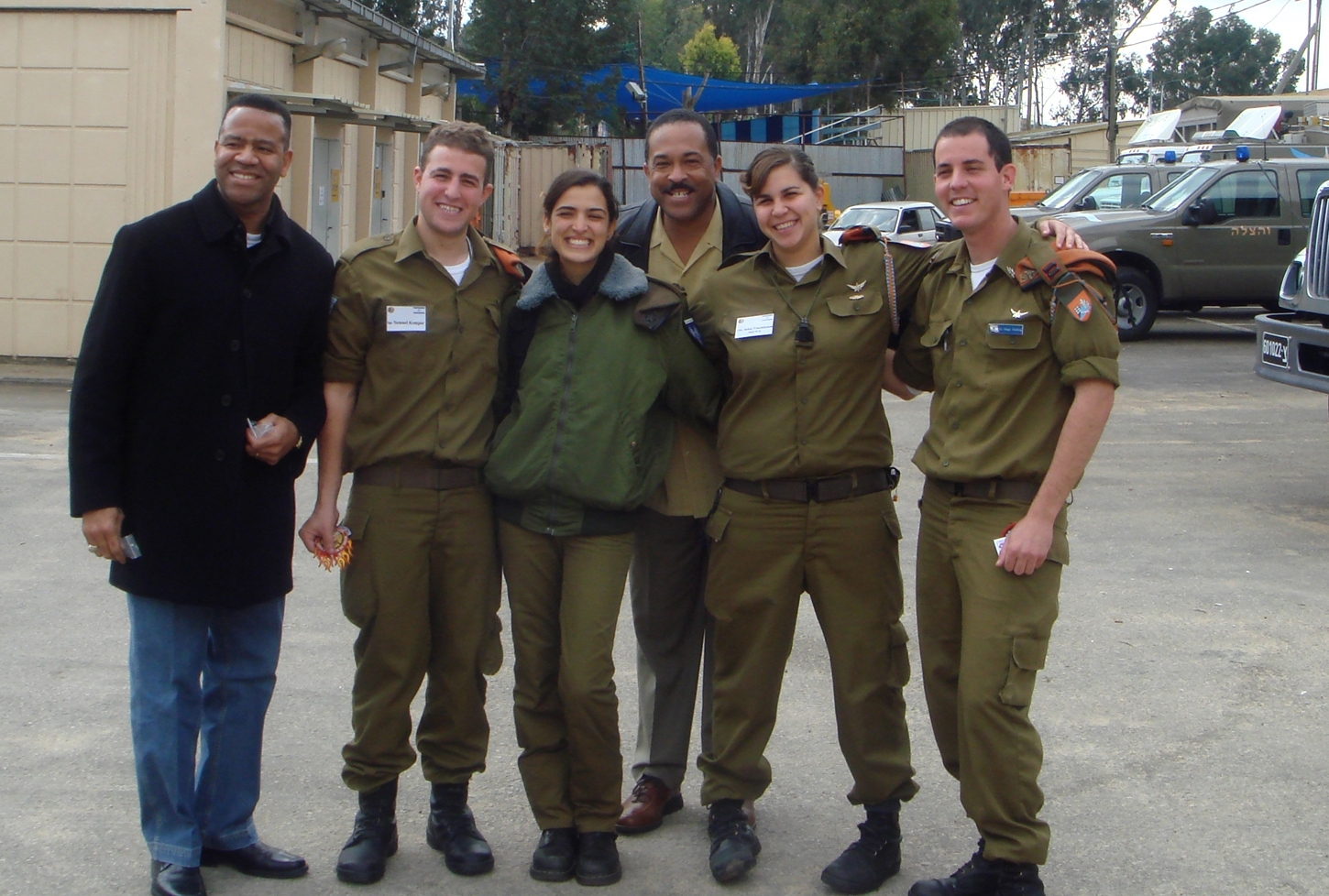 deals with terrorism and its aftermath, one member of a visiting delegation of American fire chiefs came to a realization about the United
States.

Harmes was among 14 chiefs from 13 states who toured Israel in February on a mission co-sponsored by the American Israel Education Foundation through AIPAC and the International Association of Fire Chiefs. They visited Jerusalem, Tel Aviv and other locations.
The trip was intended to encourage relations between the U.S. and Israeli homeland security and first-responder communities.

Harmes, president of the fire chiefs’ association, wasn’t alone among the delegation in thinking America wasn’t as ready as it needed to
be.

Jerry Rhodes, chief of the Fire Protection District in Cunningham, Colo., said the United States should prepare for the possibility of terrorist
acts.

Some spoke of how impressed they were with Israel’s use of the triage system, identifying the worst injured from attacks and getting them immediate attention. They saw the system in action at Hadassah Hospital in Jerusalem.
Not only is the system efficient, the American visitors noted, but so are Israeli
doctors.

“They use top-drawer people,” Harmes said. “They have better luck with the patients returning to normal.”

But the chiefs didn’t just see an Israel ravaged by war or burdened by security measures. They also went on tours of the Western Wall, a Galilee kibbutz, the Dead Sea and Masada.

“People were so welcoming that I’d like to go back to virtually every place we were,” Rhodes said. “I’d like to go back not only to see people I met and work with them, but to spend a little more time on thousands of years of history right there.”

“We called it a tour of legends as far as some fire chiefs we were with,” Rhodes said of the reputations of most of his American peers.

Back home, some of the chiefs are making presentations to their colleagues and have been invited to talk to faith groups.

While working on a presentation for members of his agency, Rhodes called it his “personal mission” to make fellow firefighters aware of lessons learned from the Israeli emergency response agencies, “things I’ll probably only share with other uniformed personnel,” he said.
Harmes said he wants to work with the local Jewish federation.

“We want to make them feel at ease as we continue to work with Israelis,” he said.

Rhodes said he has been contacted by local churches asking for a presentation based on “going to the epicenter of three major religions.”

Harmes did have a criticism of sorts of the Haifa Fire Brigades: They were “over-moraled” during last summer’s war, he said, and worked themselves too hard, even when they weren’t on duty.

“When the chips are down, the fire service jumps forward and gives 250, 300 percent, really,” Harmes said, adding that American firefighters are no different.