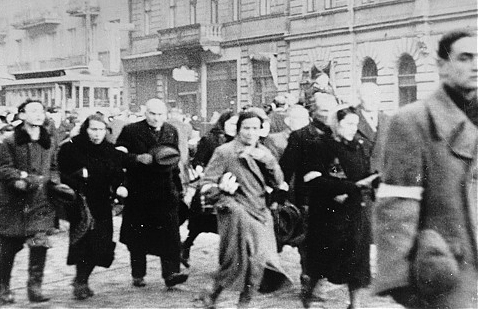 Jews are rounded up for deportation from the Warsaw Ghetto circa 1942. (USHMM, courtesy of Instytut Pamieci Narodowej)
Advertisement