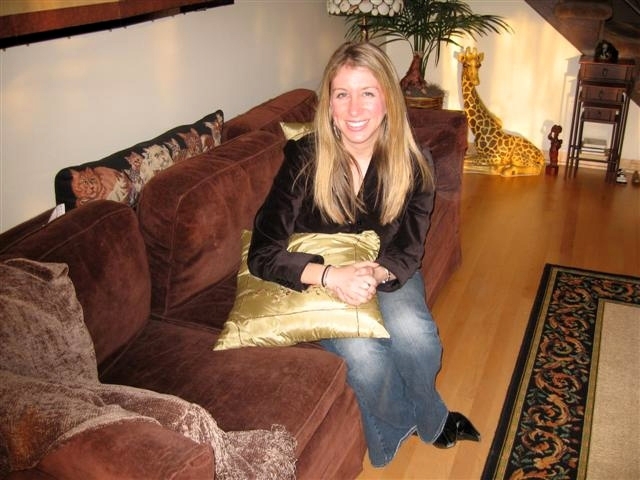 ARAD, Israel (JTA) – “Your father is Israeli and you don’t know Hebrew?!” The words burned in my ears.Yes, it was true. My father is Israeli and I didn’t know Hebrew.Every time I met an Israeli, I knew I would be forced to defend my parents and myself. Some of my responses:* “My parents tried to teach us, but my dad worked such long hours that I really only got to see him on Sunday.”* “I took Spanish in high school instead of Hebrew because it makes more sense living in Chicago, and anyhow, my family in Israel speaks Ladino.”* “Well, I do know some. After all, I was bat mitzvahed.”But there was no avoiding the bottom line: My father is Israeli and I didn’t know Hebrew. My bilingual challenges aside, I was raised with a strong Israeli flavor in my house, down to the stock of Israeli pickles and hummus in our kitchen. My dad read his Israeli newspaper nightly and always discussed Middle East issues with his family.Family trips were a no-brainer: Florida? France? Of course not. Why go anywhere else when we could go to Israel?Living in Israel had been my dream, but for so many years it wasn’t even a consideration. In my practical, secular Jewish family, education was the No. 1 priority. At age 26 I was wrapped up and happy in my Chicago life. I had a master’s degree in speech pathology, two years of work experience and finally a little extra money.The Israel dream persisted, however, and I visited an Israeli emissary in my area. We began exploring my options. I wanted an authentic Israeli experience and considered making aliyah immediately, but I didn’t want to be a burden on my relatives living in Israel.I was a little too old to live on a kibbutz, and I had no interest in returning to school for another degree. I needed a cushion. The emissary suggested the WUJS Institute in Arad, which is dedicated to educating college graduates and young professionals in an open and pluralistic environment.Immediately the Peace and Social Justice track caught my attention. Not only would I be surrounded by other professionals, but the focus of this track was to slowly immerse one into Israeli life, first with education and then with hands-on work experience.Ulpan, a place for the intensive study of Hebrew, was a central part of the program. The WUJS Arad program was the package I was seeking. In my first semester, not only did I participate in classes that enriched my knowledge of politics, religion and culture, the experience exceeded that of a typical tourist. Of course we visited typical hot spots like Masada and the Dead Sea, but we also witnessed the reality of life in towns such as Sderot and Yerucham.We went camping and hiking, and I lived for 2 1/2 months in the middle of the Negev Desert. The experience was beyond my wildest dreams.In my second semester, as a participant in the Peace and Social Justice track, I am completing an internship in which I make a contribution back to Israel. I chose to work for Nefesh B’Nefesh, an organization that helps new immigrants acclimate to life in Israel. The experience has been fun, fulfilling and educational.I am working with an amazing, dedicated group of people who are making a difference in people’s lives. I am living in Tel Aviv and finally getting to spend quality time with my family.WUJS Arad has turned out to be more than a cushion. It has supported me as I became acquainted with Israel. It hasn’t always been easy, but I could not imagine starting my life in the Jewish state without the program.WUJS Arad has provided access to connections I might never otherwise have found. I have made fantastic friendships with people from all over the world. My first taste of Israeli life has been delicious.In retrospect, I was lucky to have been raised without Hebrew. It motivated me to take this step and, with the help of WUJS Arad, Israel has been awesome.(Sheila Chalegua, now 27, participated in the WUJS Institute in Arad
from October to March. The institute is a Masa program for young
adults aged 21 to 35 run by Young Judaea, the Zionist youth movement of
Hadassah.)