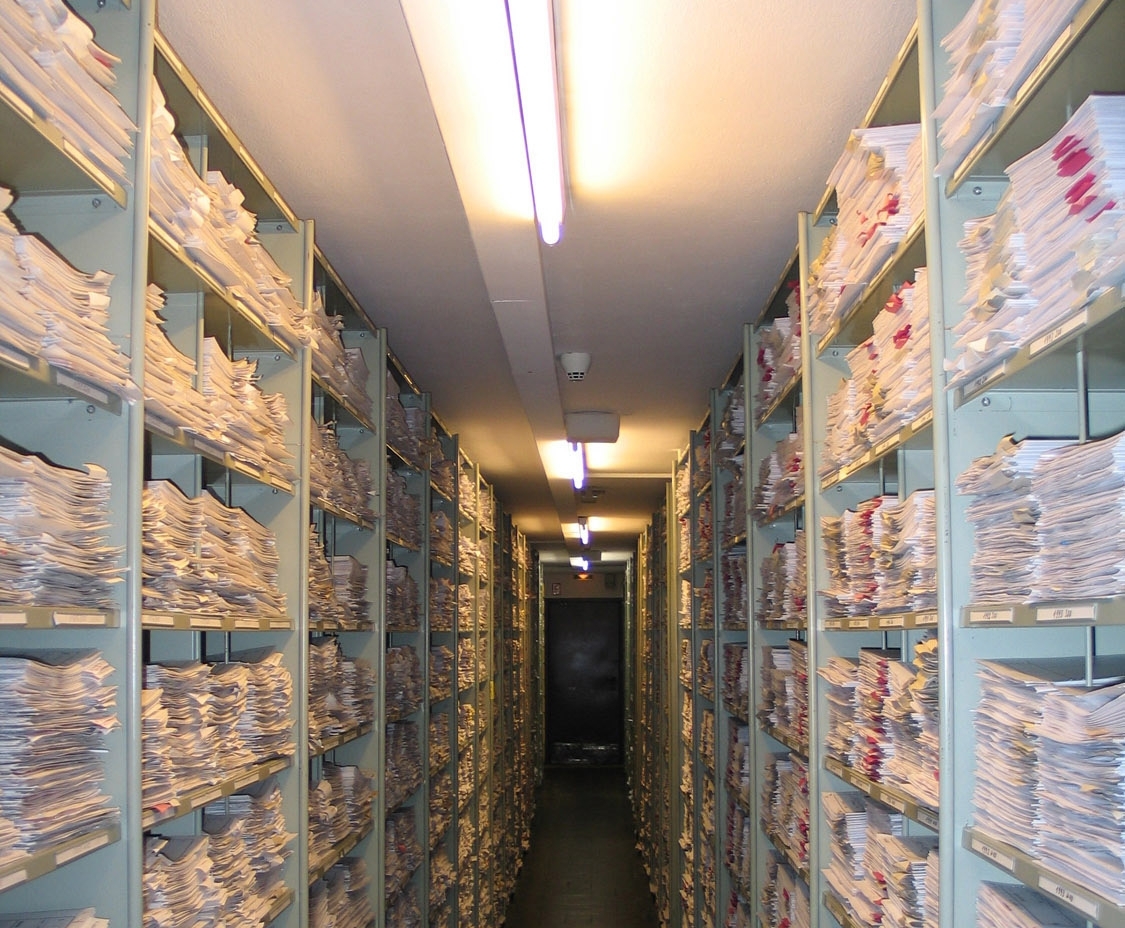 WASHINGTON (JTA) – The International Tracing Service’s secret Holocaust archive at Bad Arolsen, Germany, is preparing to transfer millions of images of concentration-camp prisoner documents to the United States Holocaust Memorial Museum under embargo, according to sources in Germany and the United States familiar with the transfer.A May 14 meeting of the 11-nation committee that oversees the archive is expected to authorize the partial transfer, but only on condition that an embargo be imposed on accessing the materials.The embargo is needed because four of the 11 nations that must ratify the release of the documents – Greece, Italy, Luxembourg and France – have yet to do so.European sources familiar with the process suggested that Belgium and France would not sign the agreement until after this summer or even early next year because of domestic electoral considerations. Still, the process of data transfer is being accelerated to prepare for the eventual release.The Holocaust museum has agreed to keep the documents secret until authorized by the 11-government committee – meaning that for now, at least, the archive’s legacy of secrecy will transfer as well.Museum officials declined to confirm the information or provide details on the pending transfer.JTA has learned, however, that the transfer will include 10 million digitized images of documents to be transported in several 500-gigabyte hard drives that plug into any computer via a simple USB connection. Small, lightweight, portable drives obviate the prospect of managing linear miles of archival documents.The museum plans to assemble the raw images into a database with a search engine that can be accessed from one or more terminals in the museum’s archive. The gargantuan collection will instantly double the size of the museum’s holdings.While the museum archive is among the most helpful in the Holocaust community, its small staff, handful of microfilm-reader machines and several computer terminals often cannot keep up with user requests, especially in the summer.In addition to on-site usage of the archive, some 8,000 requests come to the museum each year via mail, phone and e-mail, and the archive staff tries to fulfill those as soon as possible. The backlog for inquiries at Bad Arolsen in 2006 exceeded 425,000, according to a recent congressional report prepared by the State Department.The Bad Arolsen collection includes records of more than 19 million individuals. Holocaust museum sources admit that massive linguistic training would be needed before the staff could even begin to provide information.Sources suggest that the information would be accessed mainly via a few on-site computer terminals at the museum. Terminal access would be strictly prohibited from outside the building, even though remote access is routinely available for government and historical databases.As the museum gears up to receive the trove, several members of the U.S. Congress, the archival community and members of grassroots Holocaust groups are questioning why the museum should be given the documents.Some 75 percent of Bad Arolsen’s holdings provide information on non-Jewish Holocaust victims, which has led several experts on Nazi documentation to say that the collection would be more suited to the National Archives and its regional network.Critics also are concerned that the museum’s unwritten taboo on issues relating to corporate involvement in the Holocaust is inconsistent with a collection that largely involves slave labor. The museum repeatedly has refused to discuss questions involving IBM, General Motors, Ford, Standard Oil, the Carnegie Institution, the Rockefeller Foundation and other leading American corporate icons that funded, supported, participated or profited from the Holocaust.Paul Shapiro, the museum’s point man for Bad Arolsen, told JTA that he has quietly assembled a list of companies he has seen in Bad Arolsen archives, but it remains secret. Museum officials refused to discuss “Shapiro’s list.”Most of all, some survivor groups are asking why the records would be housed in Washington, where many elderly survivors cannot access them because of the cost, the logistics and their frail health.”I don’t think Washington would be an appropriate place for the documents because the majority of survivors live in New York or Miami,” said Leo Rechter, president of the National Association of Holocaust Survivors. “We know that 50,000 survivors live in New York City. Relatively few live in Washington, D.C. The majority of survivors are not computer savvy.”From a practical point of view, a copy should be here in New York where anyone can easily get to it,” he said. “We can arrange rides downtown if need be to ask a clerk to help. But in Washington, these files would be just another museum attraction.”David Mermelstein, co-chairman of Miami Holocaust Survivors of Dade County, agreed.”If the files are in Washington, it would be a problem. It should be in Florida, Brooklyn, Chicago and Los Angeles, he said. “We have 10,000 survivors here. Most of them of them do not use computers or they have bad eyesight.”Nonetheless, museum officials said they will not permit archival access via the open Internet or via terminals at libraries and universities around the country, the way other databases of documents are commonly accessed. Museum officials declined to explain their motives for restricting access.However, Mermelstein passionately argued for unrestricted access.”Every day,” he said, “there are people dying not knowing what happened to their loved ones. With the documents here in Florida, we can ensure that anyone could get a ride to the library so they could ask someone to check their name.”One congressional source close to the Bad Arolsen transfer asked, “What am I missing? Why can’t these documents be located near the survivors themselves?”Edwin Black is The New York Times’ best-selling author of the award-winning “IBM and the Holocaust” and is responsible for a series of investigations revealing the contents of the ITS archives at Bad Arolsen. His stories on the subject can be viewed at http://www.ibmandtheholocaust.com/BadArolsenArticles.php.