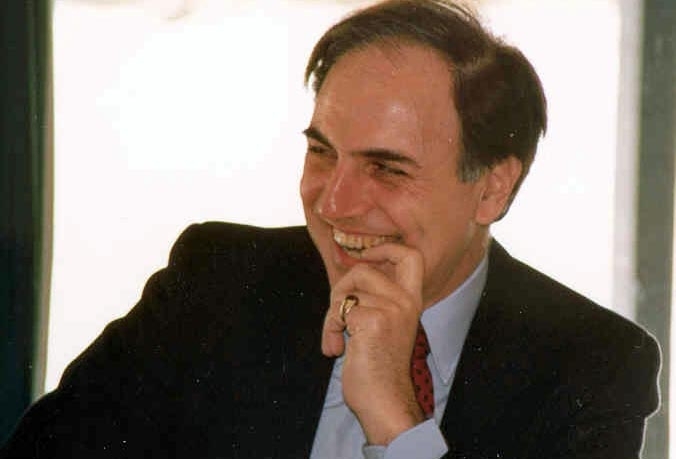 NEW YORK (JTA) – Rabbi Sherwin Wine, the founder of Humanistic Judaism, a movement that celebrates Jewish history and culture without invoking God, was killed in an auto accident while vacationing in Morocco. He was 79.

Wine died Saturday when his taxi was struck by another vehicle in Essaouira, according to the Web site of the Society for Humanistic Judaism, the movement’s central American body. The rabbi and driver were killed instantly, but Wine’s partner, Richard McMains, survived and was said to be in stable condition.

A self-professed atheist, Wine was raised in a traditional home and ordained as a Reform rabbi, but came to see himself as dishonest for reciting prayers to a God in whom he did not believe.

Humanistic Judaism was intended to provide a home for himself and others who felt bound to their Jewish identity and culture but rejected the idea of God.

Though his sole title at death was provost of the institute, Wine remained the guiding light and principal intellectual force of the movement. Humanistic leaders spoke of his great charisma, monumental intellect and personal warmth, but stressed that the principles Wine espoused would be carried forth by the second generation.

“We’ve been trained well and we’ve observed him, and we’re prepared to do what we have to do,” Jerris said. “There’s an intellectual loss. The man had a mind incomparable to anyone else’s. But we have a lot of very smart people involved and we are determined to pay tribute to the person we love by continuing his work.”

Humanistic Judaism is a minor presence in Jewish life. Though sometimes called the fifth denomination of American Judaism, the main locus of growth is in Israel. Nine Humanistic rabbis were ordained there in December and a similarly sized batch is slated for ordination in the coming months.

While Wine was convinced that the majority of American Jews were more closely aligned with his theological beliefs than with those of the major denominations, only about 30 Humanistic congregations exist in the United States, served by 14 rabbis.

“Most American Jews certainly do not believe there’s a person in the clouds pushing buttons, but most of them have found a way to employ God language, the normative language of Judaism in relating to the divine, and remember that we are in a country where God language suffuses the culture,” said Jonathan Sarna, a professor of American Jewish history at Brandeis University. “So to pray to God puts you in sync with the culture.

“Rabbi Wine didn’t care about that, but I suspect that the majority of American Jews do.”

Still, Sarna credits Wine with helping to define the left-wing boundary of Reform Judaism and with “refurbishing” the notion of secular Judaism in a manner that may have presaged its current revival.

Wine earned two degrees in philosophy from the University of Michigan and was ordained a rabbi at Hebrew Union College-Jewish Institute of Religion. He also wrote several books and was a prolific teacher, instructing the movement’s rabbinical students in addition to presenting a weekly lecture series at the Birmingham Temple.

“Historically speaking, Jewish identity involved the coming together of three things: family, culture and belief. And they were all integrated into one,” Wine said in an interview last year. “But in modern times, because belief systems have been so radically altered, there’s an incongruity between the words spoken and what people really believe.”

A memorial service is scheduled for Friday at the Birmingham Temple. Wine’s body will be cremated and interred in a garden at the synagogue.

Wine is survived by his sister and brother-in-law, Lorraine and Ben Pivnick of Michigan, and two nieces, Elyse Pivnick and Billie Pivnick.