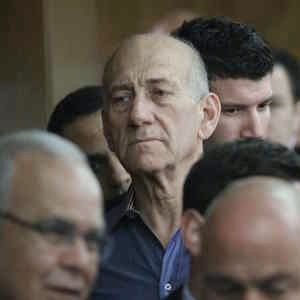 For the second consecutive time since he was elected Israeli prime minister, Olmert came out on top in a survey on perceived corruption commissioned by the annual Sderot Conference on social issues.

Fifty-six percent of respondents named Olmert as Israel’s most corrupt politician. He was closely followed by the disgraced former finance minister, Abraham Hirchson, with 55 percent.

Olmert has been dogged by several corruption scandals but denies any wrongdoing.

At the other end of the ranking, asked the politician they most trust, 46 percent of respondents said Foreign Minister Tzipi Livni. Next in enjoying public confidence was Education Minister Yuli Tamir with 43 percent, despite her failure to end a long-running teachers’ strike.

The survey had 551 respondents. The margin of error was not immediately available.