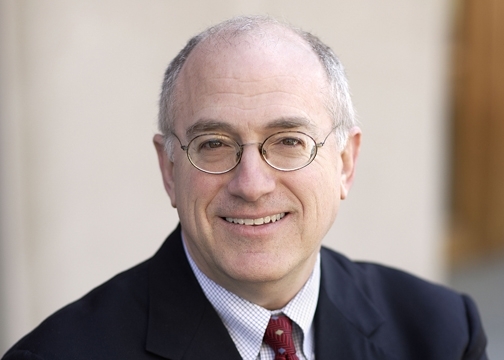 Daniel Kurtzer's role in the Obama campaign has sharply increased as the critical April 22 primary in Pennsylvania nears. (Courtesy of Princeton University)
Advertisement

WASHINGTON (JTA) – In recent weeks the Obama campaign has sought to bolster its outreach to Jewish voters with a big name: Daniel Kurtzer, the first Jewish U.S ambassador to Egypt and the first Orthodox Jew to serve as envoy to Israel.

Kurtzer, whose role has sharply increased ahead of the critical April 22 primary in Pennsylvania, would appear to embody the bipartisan reach that U.S. Sen. Barack Obama (D-Ill.) has preached in his bid to win the Democratic presidential nod.

President Bill Clinton named him to the Cairo post in 1997, and President Bush sent him to Tel Aviv in 2001.

Such credentials are important for a candidate whose Jewish campaign has been dogged by questions about the fierce criticism of Israel embraced by his former pastor as well as some advisers who counsel more balance in the U.S. approach to Middle East peacemaking.

Yet Kurtzer, 58, could prove to be more problem than solution, at least among the more established elements of the pro-Israel community. If anything, he is more pronounced in advising a balanced approach to Middle East peacemaking than any of the real and purported advisers to Obama already singled out for criticism by pro-Israel hawks.

In their recently released book “Negotiating Arab-Israeli Peace,” Kurtzer and co-author Scott Lasensky argue that the United States needs to pressure both the Israelis and Palestinians into living up to their commitments.

While the authors put much emphasis on the Palestinian failure to stop terrorism, they also point to the Israeli failure to dismantle unauthorized settlement outposts in the West Bank.

The United States, Kurtzer and Lasensky write, “must assure compliance through monitoring, setting standards of accountability, reporting violations fairly to the parties and exacting consequences when agreements or commitments are not implemented.”

They also argue that it is important to include more Arabist voices in U.S. policymaking.

Some of Kurtzer’s views would seem to represent a sharp departure from 16 years of Clinton and the second Bush, two presidents who made Israel’s considerations paramount in approaching peacemaking. And unlike other figures with ties to Obama or his campaign who have raised eyebrows among pro-Israel activists, Kurtzer is expected to play a key role in advising the candidate on Middle East issues.

Kurtzer and other senior advisers in the campaign stress that the book – a concise negotiating guide based on dozens of interviews with Israeli, Arab and American negotiators written for the government-run think tank the U.S. Institute of Peace – was completed in February, prior to his endorsement of Obama and joining the campaign.

“At this stage, there is not a lot of advice,” Kurtzer, who described his role more as a surrogate, told JTA last week as he was being driven to a Jewish campaign event at the Philmont Country Club in suburban Philadelphia. “His primary mission is to win an election campaign. It’s a lot of electoral politics right now.

A senior Obama policy adviser said, “The views that matter are the views of the candidate.”

But at the suburban Philadelphia event, which drew more than 300 people, Kurtzer’s role was emphasized as Mideast adviser both during the campaign and in any future Obama administration.

Kurtzer himself acknowledged the fine line between advocating his own views and representing the Obama campaign.

“There’s a little schizophrenia,” he told JTA after the event.

Alluding to his different roles, including his current post at Princeton University as a visiting professor in Middle East policy studies, Kurtzer said, “I wear an academic hat, an Obama hat and a book hat. It’s a challenge.”

Still, Kurtzer is passionate in his support for Obama.

“In the past few months I have come to believe it is imperative that we elect Barack Obama president,” he told the crowd, citing the senator’s commitment to diplomacy as the preferred method to address the world’s problems.

When he looked at the field of candidates, Kurtzer said, the “first question on my mind was, where does the candidate stand on Israel?”

Kurtzer condemned the Bush administration for not engaging more aggressively, called the Annapolis process a “sham” and said that policies over the past eight years have “compromised the security of the State of Israel.”

In the book, Kurtzer and Lasensky fault both sides for noncompliance during the Oslo process, especially naming the Palestinian failure to stop terrorism. In recent years, however, the book says two of the “most striking” examples of noncompliance were Israel’s pledges in 2003 and 2004 to remove settlement outposts that had never been authorized by the Israeli government.

It never happened, “and the Bush 43 administration did nothing in response,” the book says, using shorthand for the current President Bush.

As an example of “consequences” that could be exacted for failing to live up to commitments, the book cites the first President Bush’s withholding of loan guarantees to the Shamir government until it agreed to freeze settlement building in 1991. It also notes the political price such tensions create, often undermining Israeli leaders who need to prove to the elctorate that they have the confidence of the U.S. president and the American Jewish community.

The book makes clear that defense funding for Israel must be exempt from such sanctions. And in his interview with JTA, Kurtzer said many steps are taken before economic penalties.

“You don’t think in the first thing to punish somebody, you don’t say we’re going to cut the aid,” he said. “You have discussions, and you show you’re serious.”

By “serious,” Kurtzer said, the United States could send signals by lowering the rank of the officials who deal with Israel or through reducing its commitment to joint U.S.-Israel programs.

“Down the line you might come to the economic issue,” he said.

Pressuring Israel is a tactic that a president should be reluctant to adopt, Kurtzer added.

“A president needs to think four or five times before he decides he’s going to play domestic politics in Israel; it’s not his role,” he said. “But he will know the relationship with America is a critical factor for domestic politics there.”

In an interview last week with JTA, Obama did not shy away from embracing Kurtzer’s thesis, although he was careful to emphasize that the Palestinians have been the greater sinners in violating agreements.

“It is important if we’re going to make progress in Israeli-Palestinian talks that both sides are held accountable to previous agreements,” he told JTA in a separate interview when asked if he accepts Kurtzer’s theses. “I think that the failure to abide by previous agreements has occurred more consistently on the Palestinian side, particularly as it pertains to reining in violence.”

Such assurances notwithstanding, Kurtzer’s high profile in the campaign already is sowing angst among those in the Jewish community who tend to mistrust Obama’s commitment to Israel and Jewish sensibilities.

Ed Lasky, a contributor to the conservative online magazine The American Thinker whose anti-Obama writings are frequently circulated via e-mail, attacked Kurtzer’s book, asserting that “the authors see an asymmetry between the powers of Israel and the Palestinians and call upon America to monitor and address key asymmetries.”

“Then they look at the region as a whole and how the conflict between Israel and the Palestinians has inflamed tensions in the Muslim world,” Lasky adds. “Yet, paradoxically, they fail to see how Israel might view the issue of asymmetry: The Israelis are surrounded by oil-rich nations with populations that dwarf their own, nations that are led by a mix of autocrats, theocrats and dictators.”

But others view the prospect of a more engaged administration that is willing to apply pressure to both sides as long overdue. Ultimately, they say, that is what’s needed to reach a final peace settlement.

Steve Masters, the president of Brit Tzedek v’Shalom, a dovish pro-Israel group, says that even if Kurtzer’s message does not resonate with the establishment, polls shows the majority of American Jews are open to a more assertive U.S. approach.

“If you talk about the Jewish community, according to polls, American Jews consistently support what it takes to have a peace agreement – and that takes not just whispering nice things but keeping people focused on the talks,” Masters said.

Kurtzer’s book also contends that the Clinton Middle East team was too insular and ignored a wealth of Arabist talent in the government. And it says that Arabs perceived Dennis Ross, the U.S. team leader, as having a pro-Israel bias.

“The perception was that Dennis always started from the Israeli bottom line,” the book quotes an Arab official as saying, “that he listened to what Israel wanted and then tried to sell it to the Arabs.”

The authors’ conclusion: “A successful envoy needs to be viewed as credible by all sides.”

The charge infuriates Ross, now a senior fellow at the Washington Institute for Near East Policy, who has given advice to several campaigns, including Obama’s.

Ross, who was sharply critical of Israeli dealings with the Syrians and the Palestinians in the mid-1990s, said the Israelis were pre-eminent in negotiations in the final two years of the Clinton administration because they were the ones coming up with ideas.

“We were not getting anything from the Arab or Palestinian side, there wasn’t a readiness to initiate,” he told JTA. “We would take the Israeli ideas because they were ready to initiate.”

As for insularity, Ross said the team was diverse.

“Anyone who would come in and see us in morning meetings would think we didn’t like each other,” he said.

Calling for an increased role for the State Department’s Arabists isn’t likely to make Kurtzer popular in the pro-Israel establishment.

The Zionist Organization of America already singled him out for criticism in 2001 when he was named as envoy to Israel – and that was before he could wax freely about his views on the need for balance.

Conversely, Kurtzer can draw on a reservoir of Jewish pride: He’s a former Yeshiva College dean who became his country’s representative to Israel; an adviser to the Obama campaign who also for a time was the commissioner of Israel’s fledgling baseball league.

He still evinces pride, Orthodox insiders say, in a community that otherwise sharply disagrees with his views on settlements.

“A lot of Orthodox Jews are proud of Kurtzer,” a source said.

(JTA Editor Lisa Hostein contributed to this report from Philadelphia.)