Light to the nations 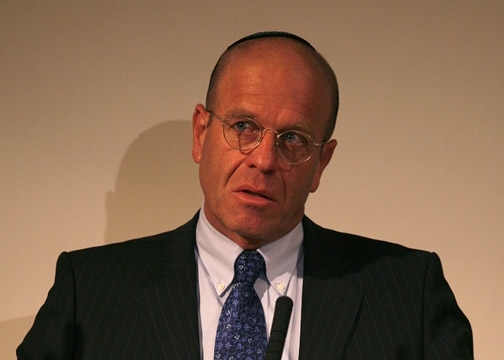 (JTA) – It’s impossible to augur the future of the Jewish people. It can only be summed up in two words: “I hope.”

In a paradoxical sense, the current political, economic and military strength of the Jewish people does not suggest much self-confidence. We never before have had such a strong army and such a powerful state, just as we never have had such a great support network and influence as we have with today’s worldwide Jewry.

Nevertheless we are fearful. Every day we worry about our future and wonder if there still is hope for us. We fear annihilation and destruction. We see foes behind every shadow. Is this security? Are the fruits of independence and sovereignty the loss of the Jewish people’s faith in “netzach yisrael,” the eternity of the Jewish people?

We have tremendous national experience in survival and in forging means of existence in the face of a hostile world. But we have yet to develop a national strategy for times of respite, acceptance and equality, whether in our sovereign nation or in our Diaspora society.

The question for our future is, can the Jewish people, the vast majority of whom live today in the democratic hemisphere, survive without an external enemy?

The key to that future doesn’t really depend on our military or political strength but in decoding the Jewish genome that succeeded in getting us through so many challenging periods.

The Jewish people never survived merely for the purposes of survival or subsisted solely for the purpose of subsisting. Judaism and the Jews can survive only if we, connected with one another, are aimed toward a goal far larger than physical survival. We must aim for the destiny of the entire world and think about our contribution to humanity.

This is how we gave the world the notion of liberty, expressed during the exodus from Egypt in the eternal cry “Let my people go.” This was the humanistic universalism of the prophets, and this is the Jewish ethical lesson for the world’s generations.

Without enlightened universal humanism, the Jewish people do not justify their existence or the heavy price we and others pay with suffering. A state and sovereignty are only the means. The question must always come back to a means to what, a state for what.

The strategy for the Jewish people can be found in our past. We must return to a position in which our contributions to the world will be so vital and unique that neither we nor the world can afford to forego our existence.

In the medieval era, when the daughters of Judaism – Islam and Christianity – blossomed, Maimonides said, “There is no difference between our days and the messianic era except for the subjugation of the nations.”

What he meant was the only difference between history and post-history is that in the messianic era, nations will not subjugate other nations, people will not conquer other peoples, individuals will not humiliate or oppress other individuals, men will not abuse women.

This universal Jewish call for peace, equality and justice, which preceded all the modern revolutions, is still relevant and far from being fulfilled.

The fulfillment of Maimonides’ grand humanistic dream is undergoing the incredible experiment of our generation. As the nation of victims, we must not claim for ourselves a monopoly on suffering. We must not be closed or apathetic to the sufferings of others “because our trauma is bigger than yours.”

The Jewish future means undergoing a revolutionary change from Holocaust to recovery, from trauma to trust, from victim to protector of victims, from an era of enslavement to an era of fellowship.

We will secure our existence by being a model for the world and for ourselves. We must go from a nation of victims to a nation that is of the righteous among the nations, for the entire world. We must be there for suffering people around the world who need us as we needed others – even though, except for a few isolated cases, there were no others there when we needed them.

We can have no loftier a national goal. It carries on its wings the promise for the future of the Jewish people in these enlightened and open modern times into which we have been fortunate enough to have been born.

(Avraham Burg is a former speaker of Israel’s Knesset, former chairman of the Jewish Agency for Israel and the author most recently of “Defeating Hitler.” This piece was translated from Hebrew by JTA associate editor Uriel Heilman.)