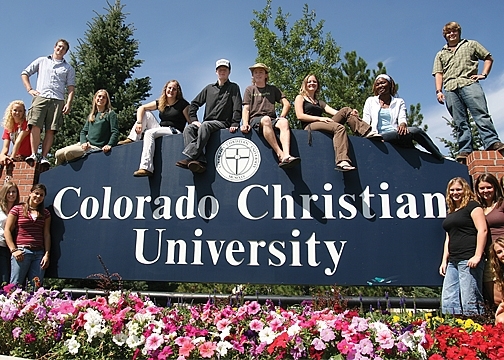 NEW YORK (JTA) – A ruling by a federal appeals court in Colorado has some Jewish officials and legal experts warning of a major constitutional turnaround that could substantially erode the separation between church and state.

The American Jewish Congress described as a “constitutional counter-revolution” the July 23 ruling by the U.S. Circuit Court of Appeals in Denver preventing the state of Colorado from denying financial aid to an evangelical Christian university.

The case, brought by Colorado Christian University, argues that a state policy denying financial aid to students studying at the school infringes on the Constitution’s guarantee of the free exercise of religion.

The court agreed, ruling that students should not have to “choose between their religious beliefs and receiving a governmental benefit.”

The courts had held previously that the establishment clause required that no public assistance be granted to religious institutions. In recent years, the courts have moved to the position that no preferential aid could be given.

With the latest ruling, it appears the appeals court has taken the logic one step further, Stern explained. Once the “no preference” standard was established, religious groups were free to argue that not providing assistance gave precedence to nonreligious institutions and thus violated students’ freedom of religion.

“It flips the law around,” Stern told JTA. “Now it becomes a constitutional imperative.”

Bill Armstrong, the president of Colorado Christian, said he shares many of the same concerns Jewish groups have expressed regarding the potentially corrosive influence of government on religious institutions

But what’s at issue in Colorado, Armstrong maintains, isn’t state support for a religious organization but public financing of public scholarships, which students should be able to choose to use any way they wish.

“I’ll bet you can’t find any Jewish organization or individual who is as adamant about the separation between church and state as I am,” Armstrong told JTA. “But that’s not what’s at stake here. This is entirely different from that. This money is going to students, who have the choice to use it at any number of universities.”

The fear among some Jewish officials is that the Colorado court’s ruling could provide ammunition to various efforts to repeal provisions preventing the government from funding religious institutions. It also may strengthen existing religion-related programs, such as President Bush’s faith-based initiatives, which provide assistance to religious charities.

“Building on a series of unfortunate Supreme Court precedents chipping away at this bedrock constitutional principle, the Tenth Circuit’s ruling will in the long run undermine not only the liberty of citizens who object to being taxed to pay for religious education with which they disagree,” the AJCongress said in a statement. “In the end, institutions feeding at the government’s trough will be required to do the government’s bidding. Either way, religious liberty is the loser.”

The Anti-Defamation League’s Denver office also criticized the ruling, calling it “a serious setback for religious liberty in Colorado.”

The Colorado lawsuit traces its roots to 2003, when Colorado Christian applied to participate in the state’s College Opportunity Fund, which offers financial aid to students who qualify for in-state tuition rates.

The state disqualified Colorado Christian students from the program in accordance with a Colorado statute prohibiting the funding of institutions classified as “pervasively sectarian.” The program does provide scholarships to Methodist and Roman Catholic schools.

In 2004, the university launched an unsuccessful lawsuit arguing that the policy was discriminatory. The Court of Appeals reversed that decision, ruling that the state’s policy “expressly discriminates among religions without constitutional justification, and its criteria for doing so involve unconstitutionally intrusive scrutiny of religious belief and practice.”

Colorado Christian issued a statement thanking God for the ruling.

“This has been a long time coming where the courts are rejecting the notion of pervasively sectarian as being the marker for the boundary line between church and state,” Marci Hamilton, an expert on church-state issues at Yeshiva University’s Cardozo School of Law in New York City, told JTA.

Hamilton said the “unfortunate trend” in legal precedent is hardly a surprise and reflects the court’s lack of concern about the result “when you let church and state power combine.”

She said she also believes this is just the beginning.

“Not only do I think it’s going to stand,” Hamilton said of the Colorado ruling, “but I think the Supreme Court will take it to next level, which is to have very little concern about the separation between church and state.

“Not only would you have things like faith-based initiatives at the federal level, but you would have this large push to require the funding of private and religious schools if there’s funding for public schools. That’s the next step that’s being pushed very hard.”