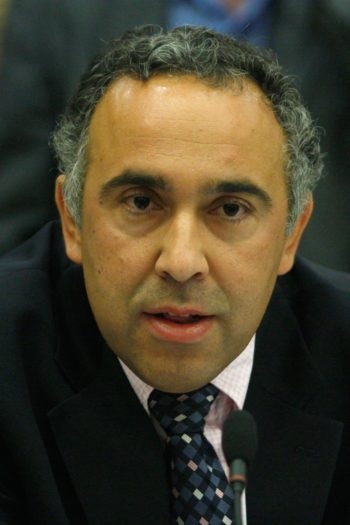 JERUSALEM (JTA) — Benjamin Netanyahu’s father, the historian Ben Zion Netanyahu, once said that his son’s biggest failure as a leader was his inability to pick the right people to advise him.

Now prime minister for a second time and facing major decisions on Iran, the Palestinians and the Arab world — not to mention ties with the United States — Netanyahu has picked what looks like a strong but possibly too like-minded team.

These are the more influential members of the inner circle Netanyahu has put together in the weeks since taking office.

* Uzi Arad, National Security Council chief: Netanyahu’s chief adviser on foreign policy during his first term from 1996 to 1999, and a close confidant ever since, Arad is the person whose advice the prime minister values most. A quick-tempered workaholic who has a doctorate in international relations, Arad joined Netanyahu’s team after a long career in the Mossad, where he was director of research. He later became the founding director of the Lauder School of Government at the Herzliya Interdisciplinary Center.

Although he comes from a left-wing family, Arad is an ideological hawk who sees the neutralization of Iran’s drive for nuclear weapons as Israel’s top priority. He was highly critical of both the Bush invasion of Iraq and Ariel Sharon’s disengagement from Gaza for diverting efforts and attention from the Iranian threat. Like Netanyahu, Arad believes Israel must receive cast-iron security guarantees before a Palestinian state can be established. Strongly security-minded, Arad also has been active in efforts to upgrade Israel’s ties with NATO.

Arad was barred in June 2007 from entering the United States because of a meeting on or around February 2004 with Larry Franklin, a Pentagon analyst convicted of transferring classified material on Iran to Israel through the AIPAC Israel lobby group. According to U.S. media reports, in April during a visit to Jerusalem, Secretary of State Hillary Rodham Clinton hinted that she did not want him in a meeting, but he stayed. Well-placed Israeli sources, however, say there was never any issue over Arad’s attendance. In any event, since then the ban on Arad has been quietly lifted.

* Ron Dermer, adviser: Formerly the chief economic officer at the Israeli Embassy in Washington, Dermer is another highly influential foreign policy hawk. For more than a decade he has been close to Netanyahu and newly elected Jewish Agency Chairman Natan Sharansky, and with Sharansky he co-authored the best-seller “The Case for Democracy: The Power of Freedom to Overcome Tyranny and Terror.” Born and raised in Miami Beach, Fla., where his brother David is mayor, Dermer comes from a Republican family with close ties to Florida’s ex-governor, Jeb Bush.

Returning from Netanyahu’s meeting with President Obama in mid-May, Dermer controversially told journalists on the plane that “the idea of two states for two peoples is a stupid and childish solution to a very complex problem.” Under pressure, he clarified his position.

“When I say childish, I mean the media’s obsession with the two-state plan, the fixation on that idea rather than focusing on the fundamental issues,” he said. “I don’t think two states for two peoples is a childish approach.”

* Yitzhak Molcho, attorney: A longstanding friend and trusted emissary for special or sensitive negotiating missions, Molcho has picked up where he left off after Netanyahu’s first term. Early in that term, in Gaza on June 27, 1996, Molcho and foreign policy adviser Dore Gold were the first Netanyahu people to meet PLO leader Yassir Arafat. Molcho went on to play a leading role in subsequent negotiations with the Palestinians.

Now he has been tasked with helping to frame new understandings with the Obama administration on building restrictions in West Bank settlements. Molcho was part of an Israeli team that met U.S. special Middle East envoy George Mitchell in London in late May, and a month later he was sent to Washington to pave the way for what was to have been a decisive meeting between Mitchell and Netanyahu in Paris, but failed to find enough common ground.

* Dore Gold and Zalman Shoval, influential outside foreign policy advisers: Gold, a former Israeli ambassador to the United Nations, has been close to Netanyahu for years and accompanied him to two meetings with Obama, when both the U.S. president and the Israeli prime minister had yet to be elected. Shoval, a former ambassador to Washington, is a key member of the Likud Party’s foreign policy team and was in Washington this week holding high-level meetings on the settlements issue.

* Nir Hefetz, chief media coordinator: Hefetz, a seasoned journalist and former editor of the Yediot Achronot weekend supplement Seven Days, was drafted hurriedly in mid-June to restore order after complaints of mixed messages emanating from the Prime Minister’s Office. Hefetz is the co-author with Gadi Blum of a monumental 2005 biography of Sharon and the more recent “Whither Israel: 18 Conversations with People who are Shaping the Country.”

* Omer Moav and Uri Yogev are key economic advisers, both from the school of small government.

* Eyal Gabai, director general of the Prime Minister’s Office: Another believer in small government, Gabai as the director of the Government Companies’ Authority oversaw the privatization of a number of big companies, including the Bezeq phone company, El Al Airlines, Zim Shipping and Israel Railways. Gabai has a reputation for defining targets clearly and getting things done.