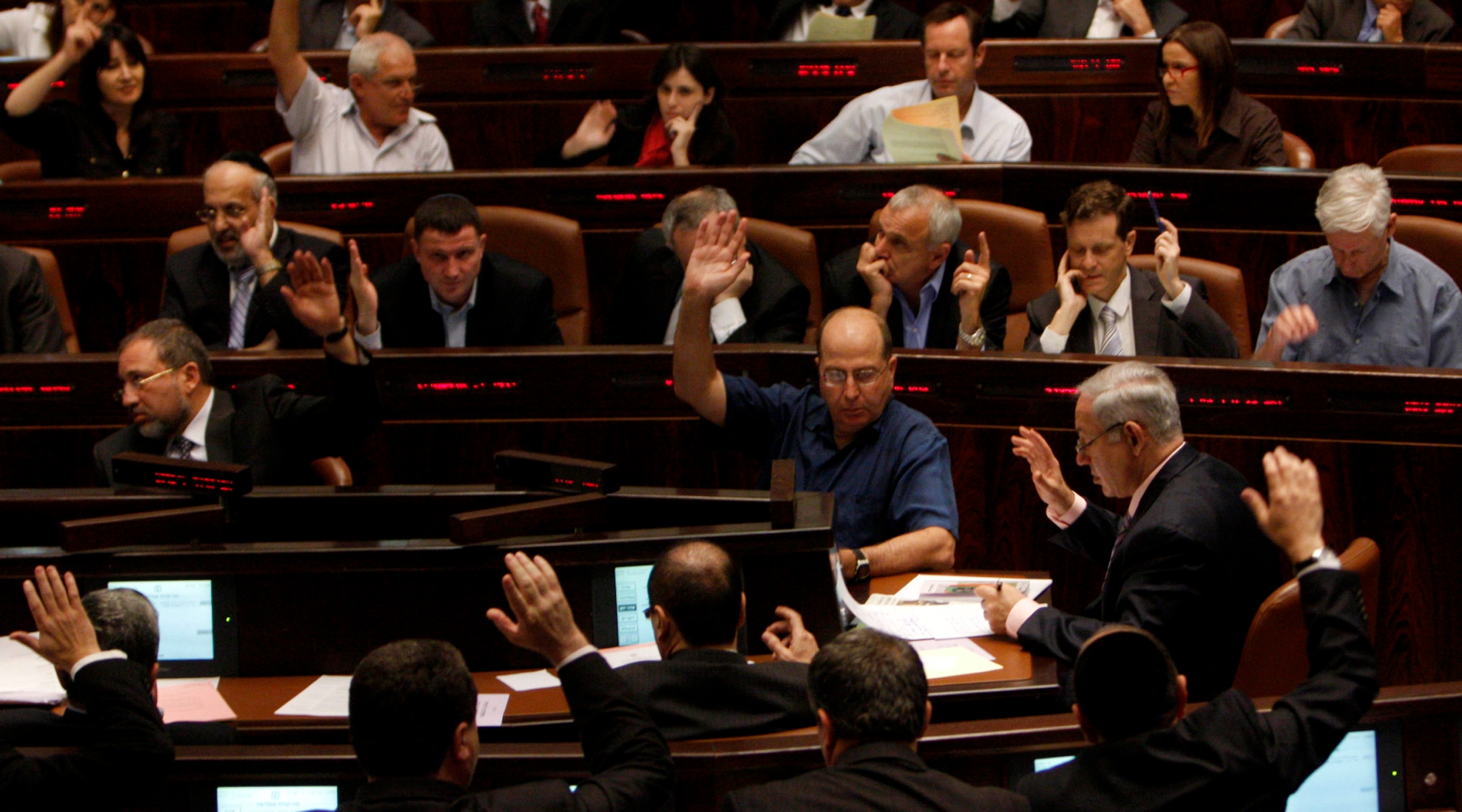 When she and her husband signed up for a housing lot more than two years ago, the municipality said they could build as soon as the Israel Land Administration approved development on its land.

Avigzer, who manages two branches of a national book shop, was still waiting when Israel went to war with Gaza last December. She rushed her three children to improvised bomb shelters at night and later went to Eilat and Beersheba for safety.

She’s still waiting for the ILA to approve her development plan.

“We said we’ll wait a year more, or a year and a half,” said Avigzer, who checks in with the city once a week. “If they don’t release the land, we’ll leave.”

On Monday, the Knesset approved a controversial land reform law strongly backed by Prime Minister Benjamin Netanyahu that would privatize ILA-administered lands and reduce the bureaucracy surrounding leasing land in the Jewish state. Established in 1960, the ILA administers 93 percent of Israel’s land.

Under the new reform, 200,000 acres — comprising 4 percent of the ILA’s holdings — will be sold to private buyers, including homeowners, developers and kibbutzim.

The idea is to speed development plans for the properties and, backers say, bring more housing quickly to market and give a boost to the Israeli economy.

“We think if a developer has a financial interest, then he will make every effort to get his plan passed quickly,” ILA spokeswoman Ortal Tzabar told JTA.

Critics, however, worry that the reform will allow big developers to gobble up land and develop it quickly, with an eye toward profit rather than public benefit.

Unlike in the United States, which does not have a land-lease law, most Israelis don’t actually own their homes. While they say they own them, they are actually leasing from the state the land on which their homes sit. This has resulted in an obstructive bureaucratic process in which homeowners must seek approval from the ILA as well as their local municipality for changes as minor as building an enclosure for an apartment balcony. They also must renew their leases every 49 years.

The reform will allow homeowners to take title to their land.

Opposition to privatization of the ILA has brought together an unlikely alliance of Jewish nationalists, Arabs and environmentalists.

Uri Orbach, a Knesset member from the right-wing Jewish Home Party, said privatizing land violates a core principle of Israel’s founding, including a biblical injunction from Leviticus 25:23: “And the land shall not be sold in perpetuity.”

Theodor Herzl proclaimed at the fifth Zionist Congress in 1901 that land purchased by the Jewish National Fund, later subsumed into the ILA, would be “the perpetual property of the Jewish People.”

Orbach voted against the reform even though his party is in Netanyahu’s coalition.

“This is a Zionist, religious and social issue for me,” Orbach said.

On the other side of the political spectrum, many Arabs say ILA land includes property confiscated from Arabs in 1948.

Yosef Jabareen, a Haifa-based urban planner, said the ILA seized thousands of dunams — about a quarter of an acre — of his family’s land in Israel’s early years. The land, in the vicinity of present-day Kibbutz Megiddo, was planted with wheat, olives and other crops, he said.

Arabs like Jabareen are concerned that the privatization of such land could eliminate any chance of negotiating a settlement with the government.

“We had a sort of tiny hope all the time that one day this land will be returned to its owners,” Jabareen said.

“Out of the total 800,000 dunams, 550,000 are open spaces — places that are not built yet,” Yaacov said, citing coastal areas, among others. “Once you privatize those open spaces, the government loses control over the conflict between private investment and the public interest.”

Without the ILA bureaucracy, developers may be able to railroad similar plans through weaker local planning boards, he warned.

“In Shfayim, this is an example of how local committees don’t handle developer pressure,” Yaacov said. “And now the problem is that it’s using the open space. You take the commerce out of the cities.”

Amiram Gonen, a geographer and researcher of suburbanization at Hebrew University, said that selling ILA property to developers will drive upper-crust suburbanization.

“If you sell it to private owners, forget about allocating land on the perimeter to affordable housing,” he said. “They will try to max their profit by selling it to the suburbanizing rich.”

Tzabar said the ILA only will sell land to developers whose plans have been approved by planning boards. However, no map of lands to be sold has been released.

In what should have been an earlier voting session two weeks ago, eight coalition members hid in the Knesset cafeteria and their offices rather than make a decision on the vote, forcing Netanyahu to postpone the voting for fear of defeat.

But by Monday the rebellious coalition members, including Labor Party chairman Ehud Barak, joined his side. The reform passed 61 to 45. It goes into effect in January.