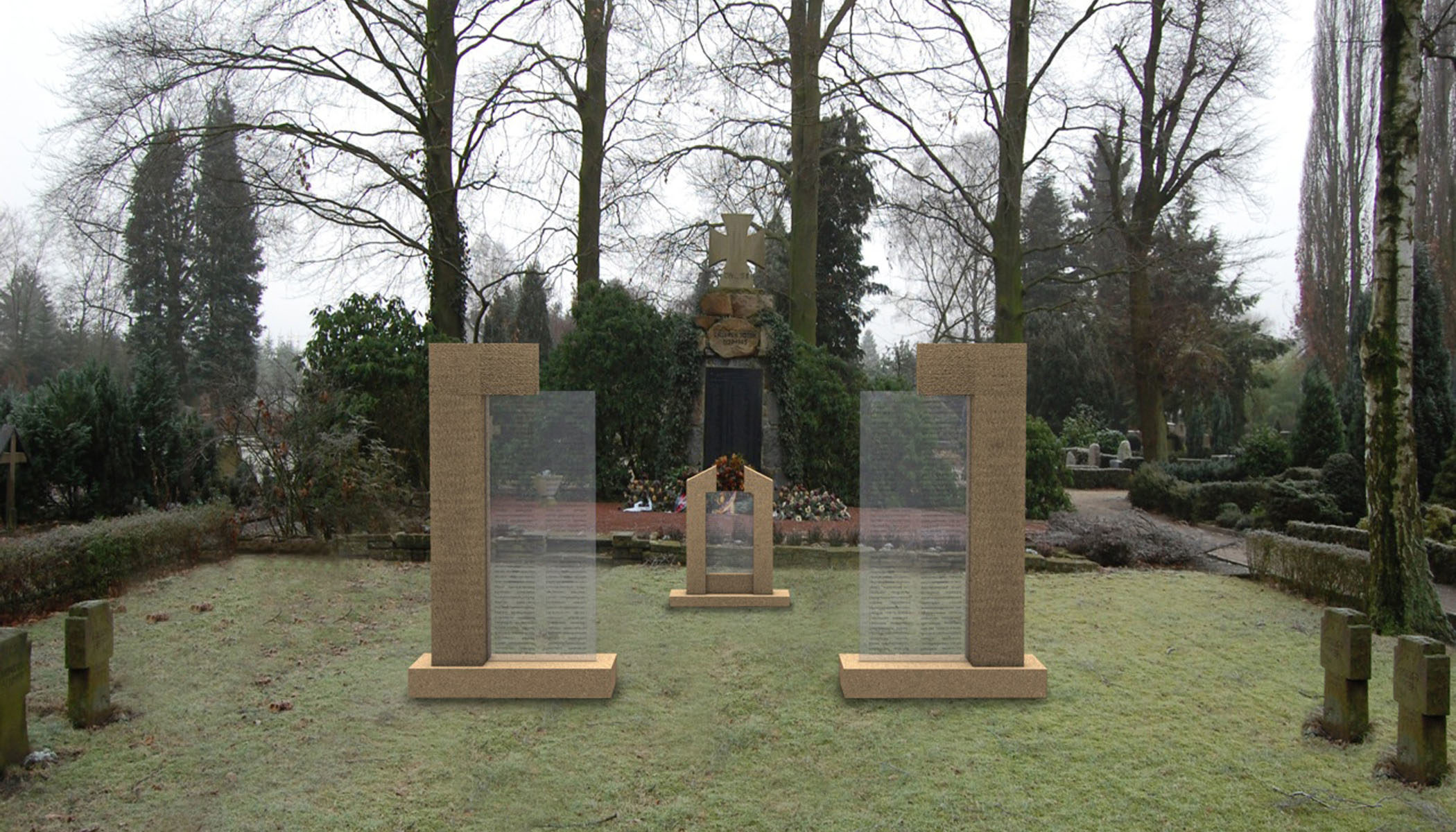 Artist's rendering of the memorial to be dedicated Nov. 15, 2009 in Grossburgwedel, Germany. (Courtesy of the town of Burgwedel)
Advertisement 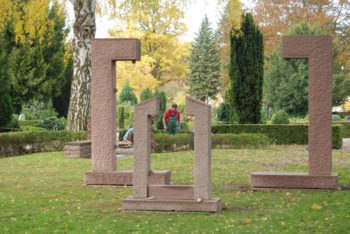 Workers constructing the memorial to be dedicated Nov. 15, 2009 in Grossburgwedel, Germany. (Courtesy of the town of Burgwedel)

BERLIN (JTA) — A controversy has erupted in a German town over a new memorial that critics say honors SS soldiers and ignores Jewish Holocaust victims.

The interfaith German-Israel Society says the memorial to be unveiled Nov. 15 in Grossburgwedel, near Hannover, recognizes members of the notorious Blackshirts. But the mayor of Burgwedel, which has jurisdiction over Grossburgwedel, rejects the charge.

“We were accused of honoring SS members, and we are definitely not doing that,” Mayor Hendrik Hoppenstedt told JTA.

While five members of the SS blackshirts are among those named on the memorial, he said, they were never charged with any war crimes and are not receiving any special honor.

The concept of dual remembrance is controversial in Germany.

In 1985, President Ronald Reagan caused a stir by joining then-Chancellor Helmut Kohl for ceremonies at Bitburg Cemetery, where the graves of SS soldiers lie alongside those of regular soldiers. And in 1993, Berlin rededicated the Neue Wache, a central memorial honoring soldiers and victims that has remained controversial.

“It is always a strange aftertaste when you put them together,” said Kay Schweigmann-Greve, head of the Hannover branch of the German-Israel Society.

Towns and cities throughout Germany have war memorials, but Grossburgwedel had nothing for its World War II soldiers. When older residents of Grossburgwedel proposed the idea some years ago, Hoppenstedt said, the town decided to have two memorials: one for civilian victims, the other for military ones.

Local Jewish leaders were consulted, and Michael Fuerst, head of the State Association of Jewish Communities in Lower Saxony, told the mayor that his organization did not want Jewish names included since the other stone might bear the names of SS members.

“There was no problem with simple soldiers, but the Jewish community could not accept there being SS and Gestapo there,” Fuerst told JTA.

Hoppenstedt said professional research was conducted to determine whether any of the soldiers “had any hints of war crimes in their files. We found nothing.”

Clues that a sixth soldier had been in the SD, a so-called security service connected to the Gestapo, could not be confirmed. The decision was made not to excise any of the six names.

Fuerst said the mayor informed him immediately once a decision had been made.

“I told the mayor that I respected him, but that the Jewish community still could not approve of having Jewish victims on one stone and SS people included on the other,” Fuerst said, adding that a main square in Grossburgwedel is named after Jewish doctor Albert David, who took his life in 1941 when the Gestapo came to arrest him.

Schweigmann-Greve in a statement last Friday said it was regrettable that local citizens, “given the choice of including members of Nazi organizations or Jewish citizens of Burgwedel, decided against including the Jews.”

Adding fuel to the fire, a left-wing blogger using the name Lindener Butjer has accused the town’s mayor, a member of the conservative Christian Democratic Union Party, of ignoring Jewish and Gypsy victims while highlighting Nazi soldiers. The blogger called for a protest “against this form of institutionalized falsification of history.”

Grossburgwedel, a town in northwest Germany with a population of about 9,500, reportedly has hired extra security for the ceremony.

Town officials are slated to meet Tuesday with representatives of the German-Israel Society.

On Monday, Efraim Zuroff of the Simon Wiesenthal Center’s Jerusalem office called on the town of Burgwedel to call off the ceremony, saying that the inclusion of SS members on the memorial “denigrates the victims of the Nazi regime.”

“It is completely understandable that the Jewish community does not want to have its murdered relatives on a memorial with SS men,” Zuroff said.

Zuroff told JTA in an interview that “the fact that someone was not charged with war crimes does not mean that they were not involved in war crimes. German persecution policy back then was far from comprehensive; it was quite lenient.”

Fuerst said he had no complaint about how the city handled the matter and applauded the involvement of local teens in researching the history.

Conversely, he said he found the tactics of opponents “not good.”

“They say that the town did not speak with me,” Fuerst said. “That is not true.”

Hoppenstedt said he hoped the memorial would “fulfill its purpose both for the families of those named, and for those who have no personal connection to that time, that they will see it as a symbol of what happened and what we have to do to prevent it in the future.”