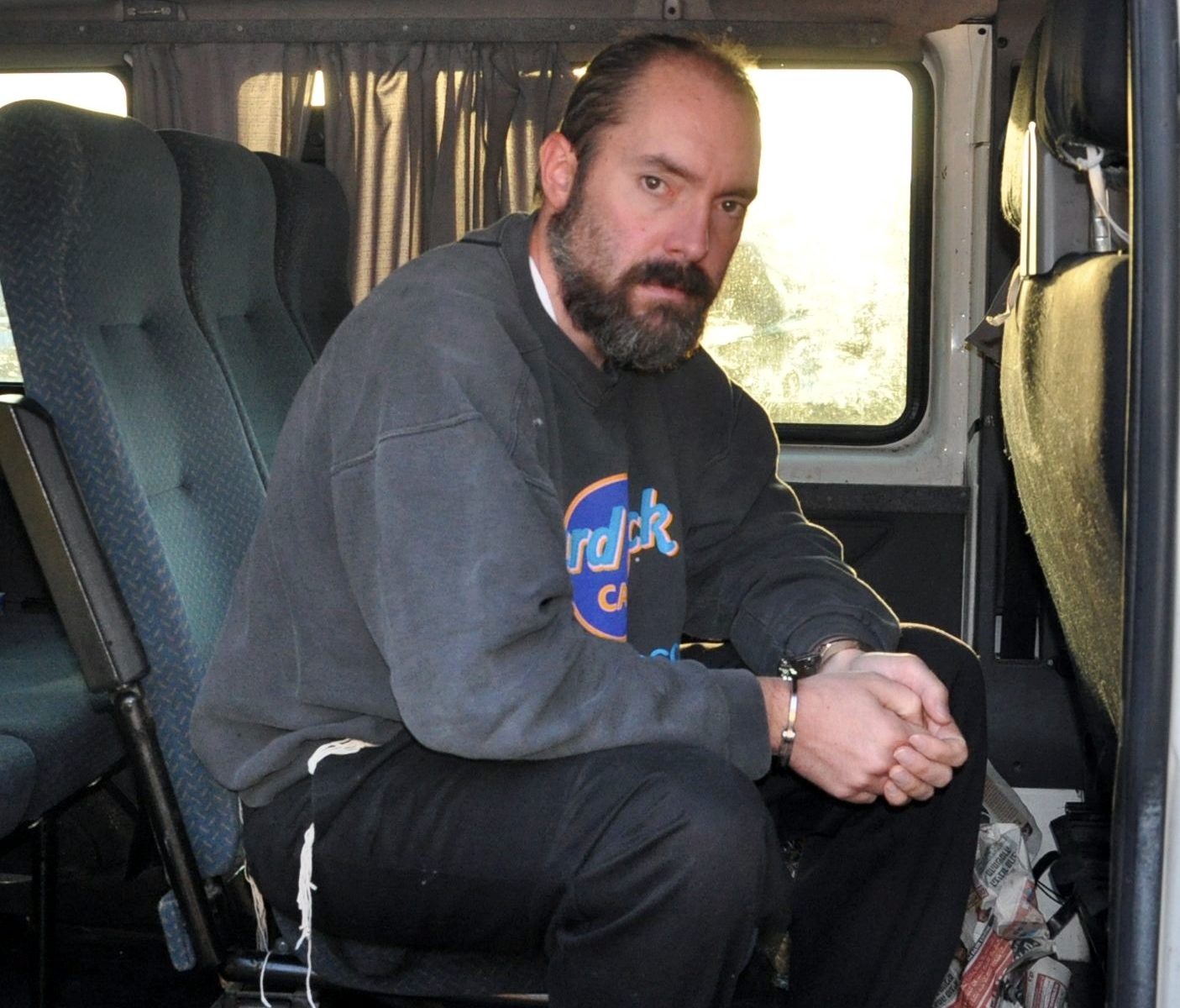 Yaakov "Jack" Teitel sits in an Israeli police vehicle after being arrested in October 2009 for killing two Palestinians in 1997 and other attacks. (Israeli Police Handout / Flash90 / JTA)
Advertisement

JERUSALEM (JTA) — After the news broke in Israel that a West Bank settler was charged with murdering two Palestinians in 1997 and bombing the home of a prominent Israeli professor last year, many Israelis were asking why it took police so long.

On Sunday, Israeli authorities lifted a gag order on the arrest of Yaakov (Jack) Teitel, a 37-year-old American immigrant living in the settlement of Shvut Rachel, on a variety of charges dating back to the murders of a Palestinian cab driver and shepherd.

Teitel is also charged with planting several explosive devices in 2006 and 2007 directed at Arabs, Christians and police; sending a bomb hidden in a Purim gift basket to a messianic Jewish family that left a 15-year-old boy seriously injured; and planting a pipe bomb in 2008 near the Jerusalem home of Zeev Sternhell, a prominent left-wing academic.

Some Israeli commentators suggested that had Teitel limited his attacks to Palestinians, Israeli authorities would have left the investigations into the attacks on Palestinians grow cold.

“Teitel’s fatal error was turning on other Jews,” Ha’aretz columnist Gideon Levy wrote Monday. “Had he been satisfied with acts of murder against the Palestinian population, he would never have been caught.”

Teitel had been arrested in 2000 upon entering Israel after intelligence reports suggested that he had committed the 1997 murders, but he was released due to lack of evidence. Despite suspicions about his role in the murders, Teitel was granted a license to carry a handgun.

On Oct. 7, a joint police-Shin Bet operation arrested Teitel while he was in the Orthodox Jerusalem neighborhood of Har Nof hanging up posters supporting last summer’s attack on a gay and lesbian club in Tel Aviv. Police said Teitel confessed to the 1997 murders and several other attacks. He also reportedly confessed to attacking the gay and lesbian club, but the Shin Bet said he was not the gunman.

Police officials said Teitel had been under surveillance for a time but had been very careful to conceal his activities and refrain from perpetrating attacks while under surveillance. After the more recent attacks, authorities were able to ascertain a pattern linking Teitel to the crimes dating back to 1997.

Originally from Florida, Teitel made aliyah in 2000, though he moved back and forth between Israel and the United States for the past 20 years, according to reports. He has four young children.

Police said that Teitel, a loner who never learned Hebrew, became a weapons expert, and a search of his Shvut Rachel home turned up a cache of weapons and explosives.

His attorney, Adi Keidar, said at a news conference Sunday that Teitel is “mentally unstable” and believes Divine visions guided his acts.

Figures from the left and right in Israel questioned why it took authorities so long to catch up with Teitel. Some used the news of the arrest as an opportunity to condemn Jewish settlements in the West Bank as a haven for extremists. Supporters of the settlements called such characterizations unfair.

“Acts of the kind allegedly committed by Yaakov Teitel are grave, prohibited and unacceptable,” Danny Dayan, chairman of the Yesha Council of settlements, said Sunday. “Any person of conscience in Israel must rise up in indignation against such acts, as well as against any despicable attempt to use them to gain political capital by blaming an entire community that is not connected — and is in fact vehemently opposed — to such actions.”

The arrest came just days following Israel’s commemorations of the 1995 assassination of Prime Minister Yitzhak Rabin by a right-wing extremist. The Hebrew anniversary of the assassination was last week.