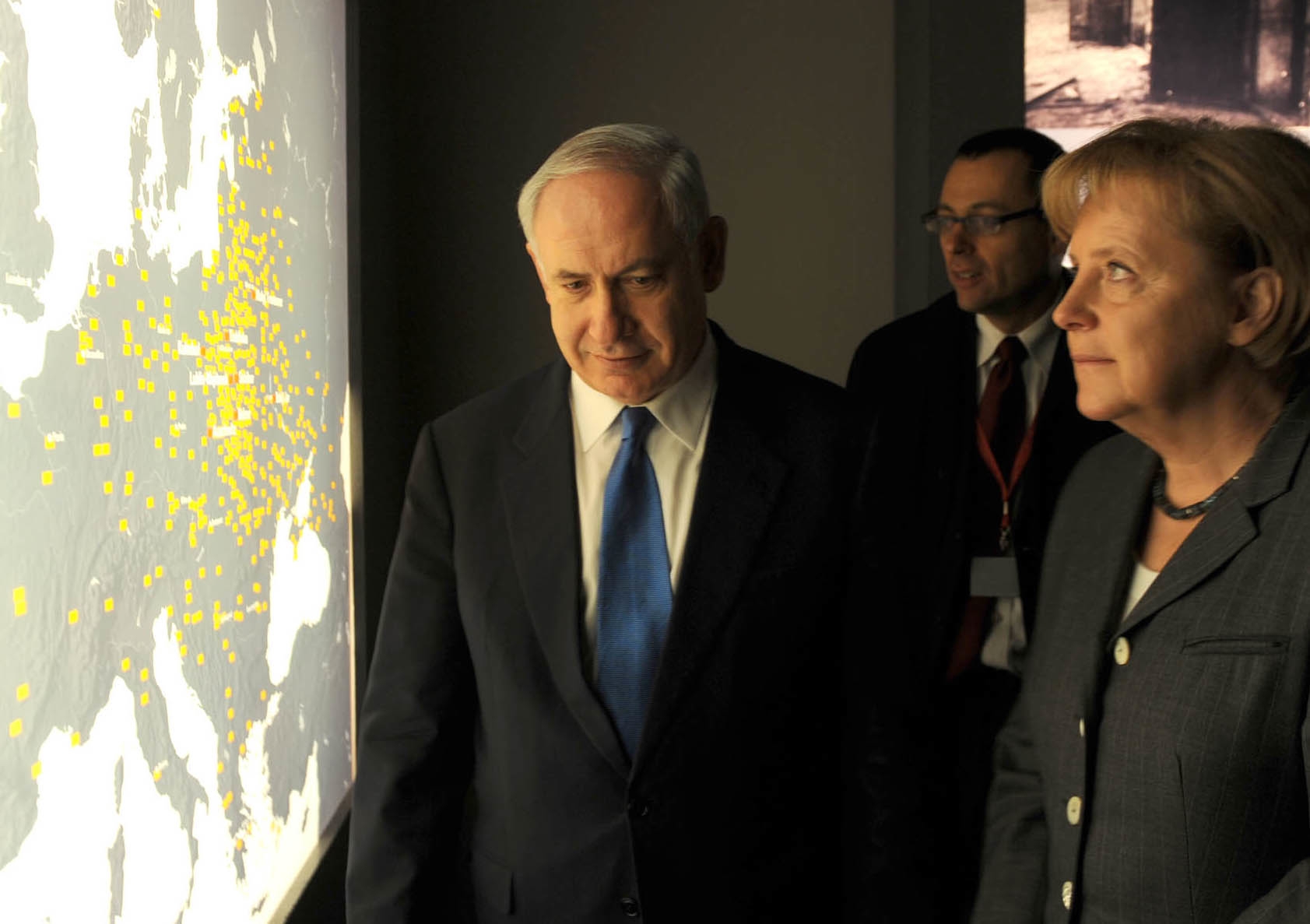 JERUSALEM (JTA) — On the face of it, Israel-Germany relations have never been better.

Last week, Israeli and German government ministers held a symbolic first-ever joint Cabinet meeting in Berlin — they had held a similar joint meeting in Jerusalem in 2008. And this week, President Shimon Peres was due to address the German Bundestag in Hebrew on International Holocaust Memorial Day.

Israeli officials say that Angela Merkel — who declared during a 2008 visit to Israel that “Threatening Israel is akin to threatening Germany” — has been Israel’s most supportive German chancellor ever.

But although there are huge benefits in the relationship for both sides, Israel has a number of nagging concerns.

Despite tough talk against the Iranian nuclear weapons drive, Germany remains one of Iran’s biggest and most important trading partners. Israelis are worried, too, about the huge disparity between German government support for Israel and the virulent criticism of Israel coming from many public opinion leaders in Germany.

There are also signs of growing anti-Semitism in the country.

Despite her outspoken declarations, Merkel’s actions are lagging — particularly on Iran.

She is categorically against the use of force against the Islamic Republic. And on sanctions, Merkel says Germany is obliged only to abide by those authorized by the United Nations. Tougher U.N. sanctions backed by the United States are facing Chinese and possibly Russian opposition in the Security Council.

In 2006, after Iranian President Mahmoud Ahmadinejad made statements questioning the Holocaust, Merkel declared that “a president who questions Israel’s right to exist, a president who denies the Holocaust, cannot expect to receive any tolerance from Germany.” But she did not recall her ambassador from Tehran.

The gap between German word and deed on Iran is not the only discrepancy that has Israeli officials worried. They are concerned as well about the disparity between government support and popular criticism of Israel in Germany.

“This worries me because in democracies, political parties seek public approval for their policies,” Shimon Stein, a former Israeli ambassador to Germany, told JTA. “In the long run, the discrepancy is not good for us or for our friends in Germany.”

German popular support for Israel has eroded steadily since the 1982 Lebanon war, according to Stein. In a poll taken after the Second Lebanon War in 2006, 50 percent of Germans surveyed identified Israel as the biggest threat to world peace. In a 2002 Der Spiegel poll, 25 percent of Germans agreed with the statement that what Israel does to the Palestinians is no different from what Germans did to the Jews in the Holocaust.

In testimony to the Bundestag in June 2008, journalist and author Henryk Broder warned of a new kind of anti-Semitism in Germany among the genteel classes, academics and politicians of all stripes that takes the form of virulent anti-Zionism.

“The modern anti-Semite pays tribute to Jews who have been dead for 60 years, but he resents it when living Jews take measures to defend themselves,” Broder said. “He screams beware of the beginnings when a handful of weekend Nazis hold a demonstration, but he justifies the policies of the current Iranian president and defends the continuation of German business with Iran.”

Germans and Europeans in general — prosperous, at peace, not threatened by outside foes and human rights-oriented — find it difficult to empathize with an Israel fighting for its life, Stein said.

On the positive side of the balance sheet, Germany is Israel’s third-largest trading partner after the United States and China, with an annual trade volume of more than $6 billion. The Federal Republic is Israel’s strongest and most reliable supporter in European Union forums, recently helping to moderate a perceived anti-Israel move by Sweden on eastern Jerusalem.

Perhaps most significantly, Germany has made a major contribution to Israeli security through the supply and partial financing of five state-of the-art Dolphin submarines,  which, according to foreign reports, give Israel a nuclear second-strike option. German mediators have helped arrange prisoner and body-parts exchanges with Hezbollah in Lebanon, and a German mediator is involved in the efforts now to secure the release of captive Israeli soldier Gilad Shalit.

Israel and Germany also are enjoying significant scientific cooperation; Ada Yonath, the 2009 Israeli Nobel laureate in chemistry, did much of her research in Germany.

Given all this, many Israelis are bewildered that Germany hasn’t done more to curb its extensive trade and technology ties with Iran.

In 2008, German trade with Iran actually increased by 14 percent, to more than $5 billion. The German appliance and technology giant Siemens alone accounted for $600 million. It has nearly 300 Iran-based employees, and with its Finnish partner Nokia provides state-of-the-art surveillance technology. In the mid-1970s, Siemens began construction of the reactors at the Bushehr nuclear plant in Iran.

About 100 dummy German companies are suspected of involvement in the sale of missile and aircraft technology to Iran, some rerouted through the United Arab Republic in the UAE. There also have been dozens of cases of “dual use” contracts between Germany and Iran: the sale for civilian use of technology that could be used for military purposes.

For Iranians, German brands long have been the products of choice. According to unofficial German estimates, 75 percent of small- and medium-sized Iranian factories use German equipment and technology. While this is a good indicator of the amount of trade between the two countries, it also shows just how much leverage Germany could have on Iran.

In early 2009, after pressure from then-Israeli Prime Minister Ehud Olmert, Merkel moved to limit export guarantees, known as “Hermes Cover,” to firms doing business with Iran. This seems to have had some effect after the unrest that followed the disputed June election in Iran, when some German firms froze activities in Iran because of the perceived risk.

Israeli pressure also forced the cancellation last week of a huge contract for Hamburg Port Consulting to run Bandar Abbas, the Iranian port from which a ship called the Francop set out carrying roughly 500 tons of weapons for Iran’s Hezbollah and Hamas proxies. It was intercepted on the high seas by the Israeli navy last November.

Israel reportedly is working behind the scenes to get a huge gas deal with an unnamed German firm canceled — a $1.44 billion contract reportedly signed last week to supply Iran with 100 gas turbo compressors for the production of liquefied natural gas.

Whether or not Israel’s efforts will bear fruit remains to be seen.