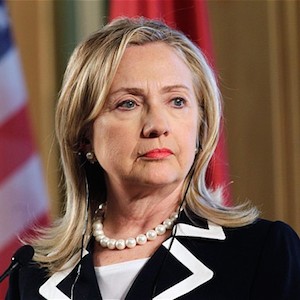 WASHINGTON (JTA) — In time for the Passover season, U.S. Secretary of State Hillary Rodham Clinton is looking into the question of loads of fish to make gefilte fish.

Clinton pledged to resolve a trade dispute that is holding up a shipment of nine containers of American-caught fish destined for Israeli plates this Passover as gefilte fish.

Getting the Asian carp filets, used to make gefilte fish, from an Illinois fishery to an Israeli processing plant “sounds to me like one of those issues that should rise to the highest levels of our government,” Clinton said last week in testimony to the U.S. House of Representatives Foreign Affairs Committee.

Rep. Don Manzullo (R-Ill.) said Israel had slapped a 120 percent import duty on the fish and requested Clinton’s help in resolving the matter before the lone Israeli seder on March 29.