Cubs can have Yom Kippur concerts at Wrigley 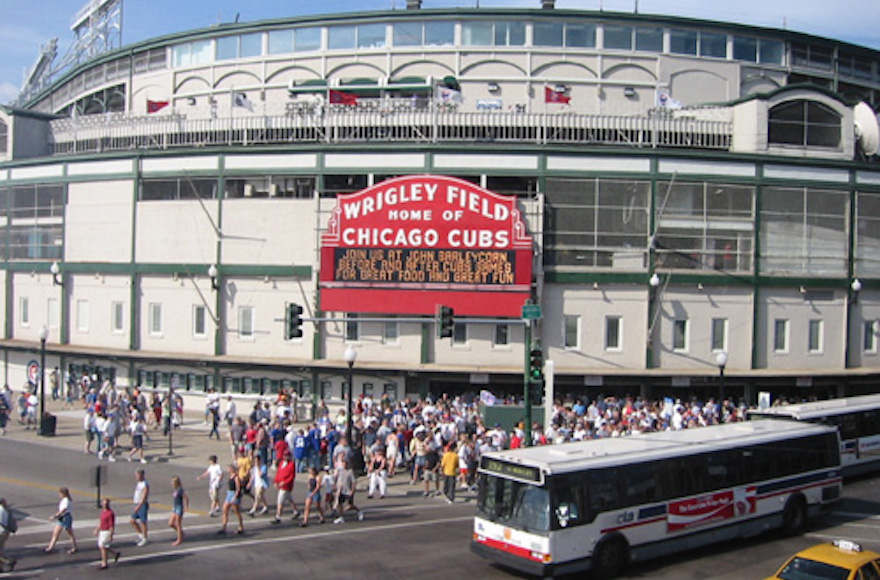 (JTA) — The Chicago Cubs will be permitted to hold back-to-back rock concerts at Wrigley Field on Yom Kippur as long as they minimize conflict with three nearby synagogues.

While there is little concern that the performances, one of which is rumored to be the Dave Matthews Band, will be heard inside the synagogues and disrupt services, there is concern over parking in the area. Fans and worshipers will likely arrive in the area at approximately the same time.

The synagogues in question are Modern Orthodox, Conservative and Reform.

The Cubs are considering providing a parking lot and shuttle buses for worshipers to get to the synagogues, according to the Sun-Times.

The Sept. 18 concert will be pushed until after sunset, when Yom Kippur ends, according to the Sun-Times.