Reaction mixed to Israeli announcement on easing of Gaza blockade 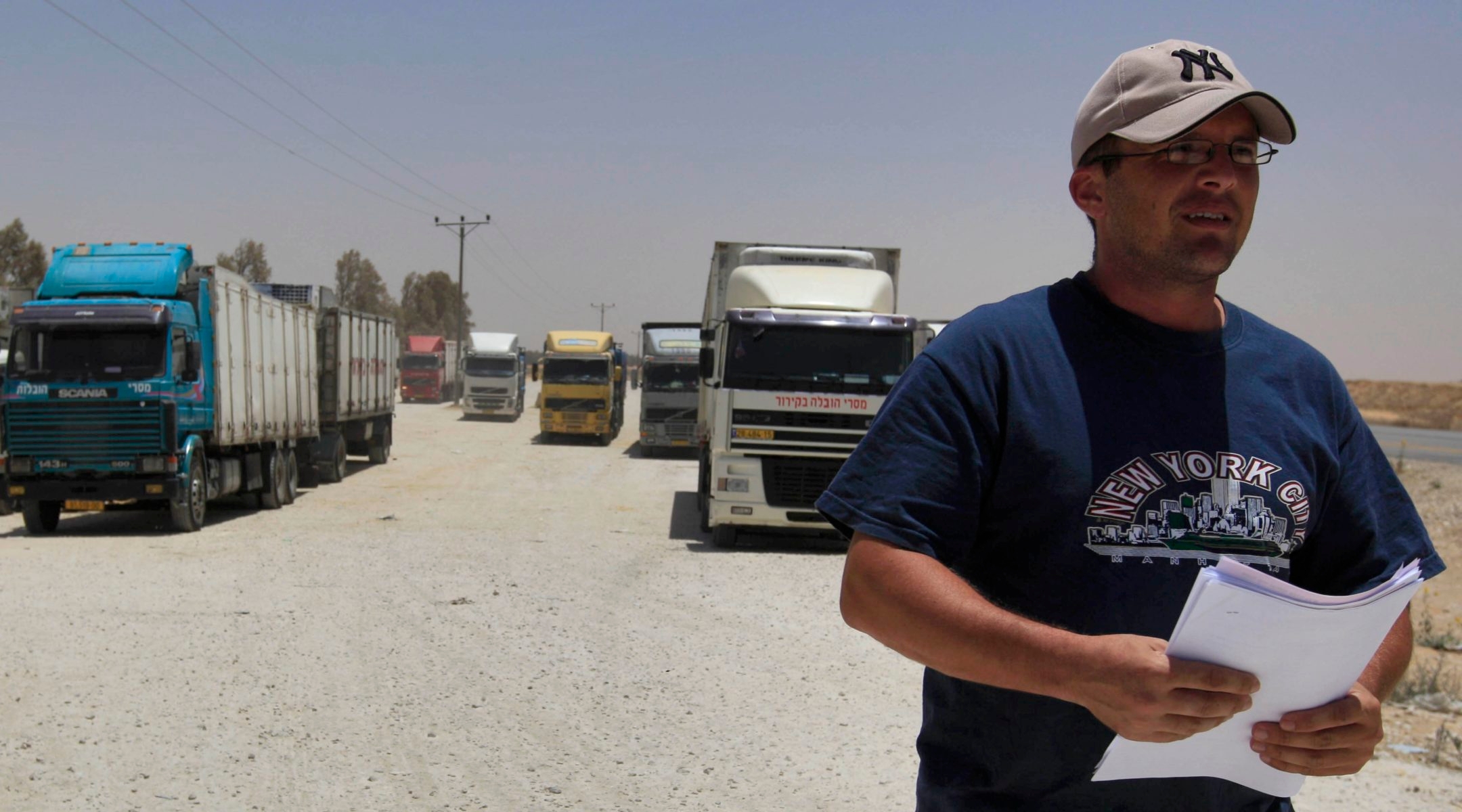 A day after Israel announced that it was easing the Gaza blockade, an Israeli truck driver walks by trucks filled with goods bound for Gaza at the Kerem Shalom border crossing, June 21, 2010. (Tsafrir Abayov / Flash90 / JTA)
Advertisement

JERUSALEM (JTA) — Israel’s decision to loosen its blockade on Gaza is drawing both praise and criticism.

Israel’s security Cabinet on Sunday voted to ease land-based civilian imports to the Gaza Strip; the naval blockade will remain in place.

The move garnered praise from the White House, which released a statement Sunday saying it welcomed the new policy toward Gaza.

“Once implemented, we believe these arrangements should significantly improve conditions for Palestinians in Gaza while preventing the entry of weapons,” the statement said. “We strongly re-affirm Israel’s right to self-defense, and our commitment to work with Israel and our international partners to prevent the illicit trafficking of arms and ammunition into Gaza.”

“If the Israeli government really wishes to prove that they have given up the act of piracy and terror, they should primarily apologize and claim responsibility in the slaying of nine people on May 31,” said Egemen Bagis, Turkish minister for European Union affairs, according to The New York Times.

The blockade of Gaza was put into place by Israel and Egypt in June 2007 after Hamas violently wrested power in the Gaza Strip from the Fatah-dominated Palestinian Authority. It was designed to thwart the import of weapons or weapons-capable material into Gaza and pressure the coastal strip’s rulers into releasing Israeli soldier Gilad Shalit, who was taken captive in a cross-border raid in 2006.

An economic blockade had been in place since Shalit’s abduction.

Pressure on Israel to ease the latter blockade, which had been climbing steadily, increased dramatically following last month’s Israeli interception of the Gaza-bound flotilla.

Quartet Middle East envoy Tony Blair, who joined Israeli Prime Minister Benjamin Netanyahu on Sunday evening to announce the easing of the blockade, reportedly played a central role in establishing the new protocols for Gaza. The Quartet – a grouping of the United States, European Union, United Nations and Russia – issued a statement after Israel’s announcement calling for its rapid implementation and an easing of the humanitarian conditions in the Gaza Strip.

Under the new rules, all items except those on a published blacklist will be allowed into Gaza. Until now, only items specifically permitted were allowed into Gaza. The blacklist will be limited to weapons and war materiel, including “dual-use items” that can be used for civilian or military purposes. Construction materials for housing projects and projects under international supervision will be permitted, according to a statement issued by Israel’s security Cabinet.

The plan also calls for increasing the volume of goods entering Gaza and opening up more crossings, as well as streamlining the movement of people to and from the strip for medical treatment.

Despite the easing of the land blockade, Israel will continue to inspect all goods bound for Gaza by sea at the port of Ashdod.

Israel called on the international community “to stop the smuggling of weapons and war materials into Gaza.”

“The test now is how the new policy will be carried out,” he said.

German officials called for a complete end to the blockade in the wake of Israel’s refusal to allow Germany’s minister of economic cooperation and development, Dirk Niebel, to enter Gaza during a four-day visit to the region.

For their part, Hamas officials said the easing of the blockade was not good enough to relieve the distress of the Gaza population. They called the changes “cosmetic,” according to Ynet.

In Israel, the announcement received mixed reviews. Some lawmakers, including ones from the centrist Kadima Party and the center-left Labor Party, criticized the government for buckling under pressure, saying the move would strengthen Hamas. But others, such as Labor’s Benjamin Ben-Eliezer, praised it. Arab-Israeli Knesset member Hanin Zoabi called it insufficient, saying the blockade should be lifted completely.

A spokesman for Palestinian Authority President Mahmoud Abbas told the French news agency AFP that the blockade should be abolished altogether.

“These steps alone are not sufficient,” spokesman Nabil Abu Rudeina said, “and all efforts must be exerted to ease the suffering of the people of Gaza.”