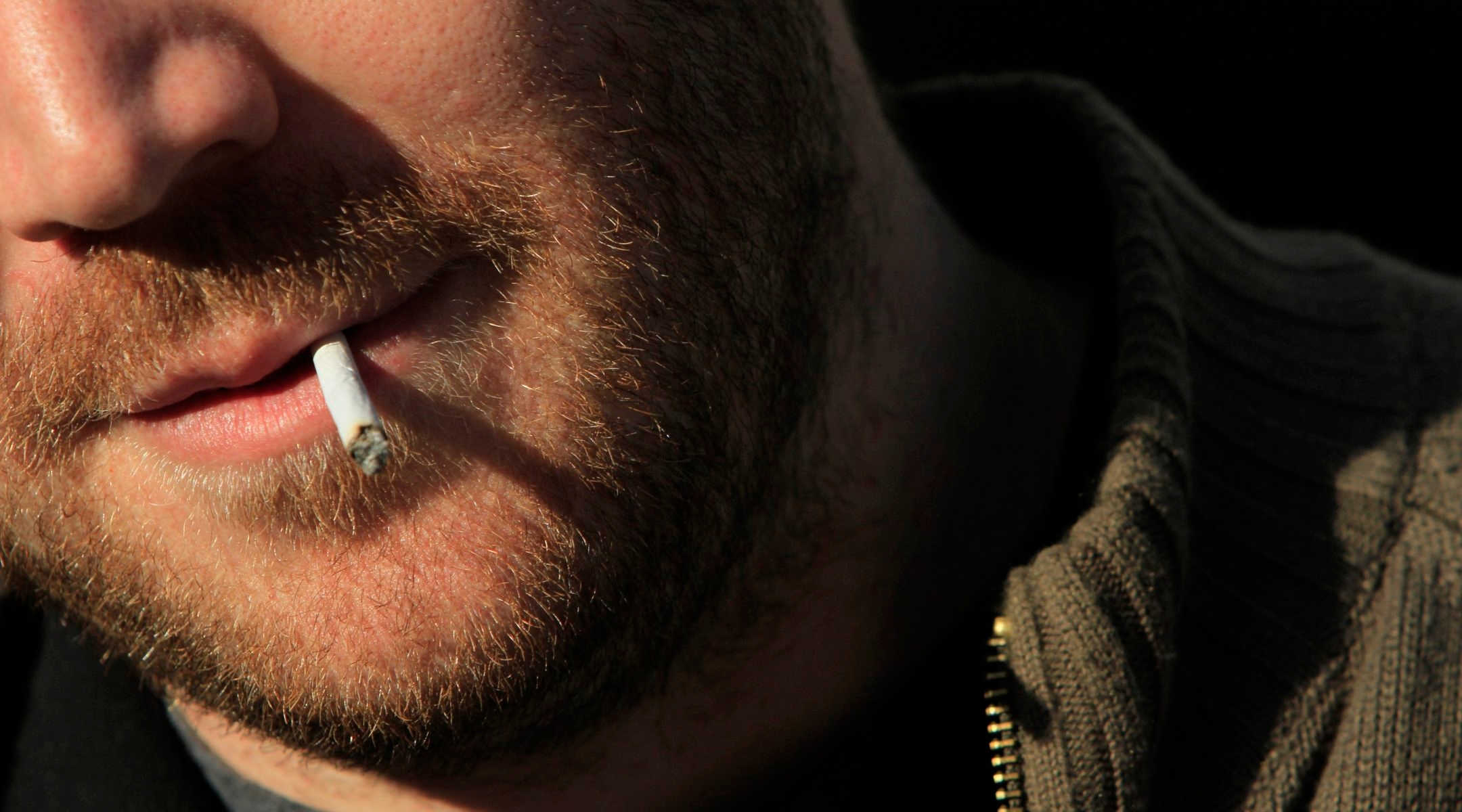 Following a winter of below-average rainfall, marijuana prices in Israel have skyrocketed, according to an Israeli newspaper. (Tsafrir Abayov / Flash90 / JTA)
Advertisement

JERUSALEM (JTA) — Here is some recent news out of Israel that you may have missed:

If I were a rich man…

The number of Israeli millionaires grew faster than in all but two countries last year, apparently due mostly to planning and patience.

Israel ended 2009 with 8,419 millionaires, a rise of nearly 43 percent over the 5,900 in 2008, according to Merrill Lynch Israel. The head of the company’s global wealth management, Sigal Shapira, told the Israeli financial daily Globes that the financial success of the new millionaires can be attributed mostly to long-term investment.

Worldwide, the number of millionaires reportedly increased in 2009 by slightly more than 17 percent. Israel had the third-highest rate of increase behind Hong Kong, at 104 percent, and India, at 51 percent.

Many of the millionaires on the 2010 list are newly rich, with some coming back to Israel after the government eased conditions for returning Israelis, Shapira told Globes. Others are returnees to the list. In 2008, the number of Israeli millionaires fell by 28 percent from the previous year due to the global economic crisis.

Israelis donate little of their time or money compared to Western countries, a study found. The same is true of Israeli companies, a Hebrew University professor and his team found.

The study was conducted as part of a policy proposal for Israeli nonprofit organizations based on research by Nissan Limor and his team, Haaretz reported. The findings were presented last week at the Caesarea Economic Policy Planning Forum, a project of the Israel Democracy Institute.

Israel’s tax policy needs to change, Limor told Haaretz, adding that Israelis do not donate more because government “incentives for donors are quite limited.” Thus, nonprofits are dependent on the government for funding, which affects their independence and innovation, he said.

There are as many as 25,000 nonprofits in Israel employing about 13 percent of the national workforce, Haaretz reported.

In 2006, nearly half of the revenue for Israeli nonprofits came from abroad, and a small percentage from Israelis. The rest came from government coffers.

The study, conducted through Johns Hopkins University in Maryland, also found that only 6 percent of Israelis volunteer their time; the rate in the West is at 15 percent.

Also, few Israeli companies are involved in altruistic programs, with about two-thirds saying they saw no reason to be or considered it of little importance.

The high cost of getting high

Israel’s water shortage has caused a dramatic shortage in the amount of available marijuana, and the weed that is available is very expensive, according to a report.

The record-low rainfall is not the only reason that marijuana supplies are short in Israel, Haaretz reported. The newspaper noted the increased number of successful drug busts, fewer growers and the cooperation among Egyptian cartels in order to hike up prices.

Meanwhile, marijuana prices have soared by several hundred percent, according to Haaretz, which reported that the pre-drought price was roughly 75 cents per gram compared to about $9 today. The newspaper did not report its source for the price quotes.

Puzzles for the blind

A well-known Israeli author and puzzle inventor has designed a crossword puzzle that blind people can solve themselves.

Avi Rubenstein has created a puzzle written in Braille, allowing the blind to solve it without a pen or assistance from a sighted person, according to reports.

Rubenstein took his idea to the Central Library for the Blind. Center director Uri Cohen told Ynet last week that he “thought it was another one of those weird ideas that we get. I knew that in order to solve a crossword puzzle you needed a pen.” But after the publication of the first booklet of puzzles, Rubenstein received praise and thousands of letters from blind people thanking him for his invention.

Jewish studies are back in Israeli schools — but critics don’t think it’s cool.

The educational curriculum In Israel’s state-run schools will now include weekly lessons on Jewish culture and tradition, Haaretz reported. The lessons will be considered part of the core educational curriculum. The new lessons, to be taught in sixth through eighth grades for two hours per week, will include Jewish culture, the Hebrew calendar and land of Israel studies. In addition, sixth-graders will learn the weekly Torah portion; seventh-graders will learn the order of prayers in the Jewish liturgy; and eighth-graders will study Pirkei Avot, the Ethics of the Fathers. Six Jewish Zionist books also will be taught.

“Our students are lacking in familiarity with Jewish culture,” said Professor Benjamin Ish-Shalom, head of the educational steering committee in charge of administering the new coursework. “Many of them do not have a clear picture of a historical timeline of the Jewish people and of Zionism.”

“The subject is designed to shape the students’ identity and strengthen the sense of belonging to the nation, the state and Jewish culture,” read a pamphlet distributed to teachers by Ish-Shalom.

Critics of the new syllabus say, however, that secular Israeli students do not need to learn religious texts.

“When the Education Ministry grants canonical status to certain texts, it provides fertile ground for indoctrination,” said Bar-Ilan University Professor Avi Sagi, author of the previous curriculum installed by then-Education Minister Yuli Tamir that allowed teachers to choose a number of topics based on various sources — biblical, Talmudic and literary. “It is hard to understand why the curriculum for secular students needs to be focused around the weekly Torah portion or Pirkei Avot, which are subjects dear to religious students.”

A hug a day

A group of young Israelis has begun a hugging campaign.

The students, mostly new immigrants from the United States, plan to gather next week on the Tel Aviv Promenade and offer unsolicited hugs to passersby. The event will be posted on YouTube. The Foreign Ministry has promised the group that it will help prepare and distribute the clip.

While Israeli television certainly is not devoid of sex and violence, it airs considerably less than American television, a study has found.

But when it comes to full nudity in sex scenes, homosexual sex scenes and explicit sexual dialogue, Israeli television has American television beat by about 20 percent, according to the study reported in the Jerusalem Post.

Ariel University Center Communications professor Amir Hetsroni watched 77 hours of American television shows and 55 hours of Israeli television to arrive at his conclusions. His findings show that generally there is little sex and violence on television.

Violence on American TV — including assault with bare hands and weapons, torture, kidnapping, rape and war — comprises 103 seconds of every hour, compared to 17.4 seconds in Israel.

The Knesset approved a bill that would block advertisements featuring stick-thin models.

The measure, authored by Kadima Party lawmaker Rachel Adatto, a doctor who specializes in health issues among young women, and proposed by Adatto and Danny Danon of the Likud Party, forbids the employment of underweight models through the use of high fines. The original bill also was changed to allow advertising agencies to alter photos of models to look thinner in advertisements, but the practice must be noted in the ad.