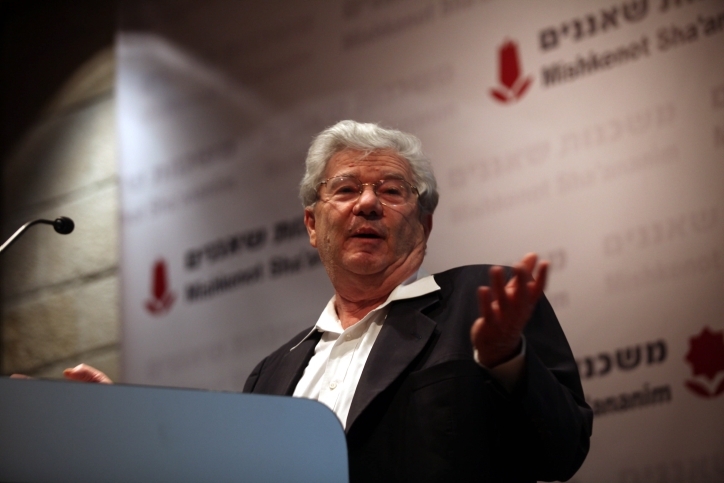 Like a ghost from confirmations past, failed Reagan nominee Robert Bork grabbed headlines last week when he spoke out against President Obama’s nomination of Elena Kagan to the high court. At the top of his complaint list: As dean of Harvard Law School, Kagan once referred to former Israeli Chief Justice Aharon Barak as her “judicial hero.”

Conservative bloggers quickly ran with Bork’s complaint, painting Barak as the prototypical liberal activist judge and insisting that Kagan’s praise of the Israeli justice was grounds for rejecting her nomination. By the weekend, a few Republican lawmakers were giving voice to the concerns, albeit in less absolute terms. Next, at least two GOP members of the Senate Judiciary Committee, Sens. Lindsay Graham (R-S.C.) and Jeffrey Sessions (R-Ala.), floated the issue in their opening statements on the first day of Kagan’s confirmation hearings.

And on Tuesday the issue took center stage, as U.S. Sen. Chuck Grassley (R-Iowa) put the question directly to Kagan — who then unapologetically affirmed and explained her praise of Barak, saying it was rooted in her Jewishness and admiration for Israel.

“I am troubled by the fact that you hold up Barak as a judicial role model,” Grassley said. “He’s been described as creating a degree of judicial power undreamed of by most U.S. justices.”

Grassley quoted Barak as saying that “a judge has a role” in the lawmaking process, and asked Kagan if she agreed. Kagan responded that she did not, but also noted that Barak operated in a fundamentally different system — one without a written constitution.

“Justice Barak’s philosophy is so different from anything that we would use or would want to use in the United States,” she said.

Instead, Kagan added, she admired Barak for creating an independent judiciary in a young state surrounded by enemies.

“As you know, I don’t think it’s a secret I am Jewish,” Kagan said. “The State of Israel has meant a lot to me and my family. And — and I admire Justice Barak for what he’s done for the State of Israel and ensuring an independent judiciary.”

In Israel, Barak has been subject to criticism from the left and the right, both for his expansive notion of judicial powers in upholding democratic values and for deferring to national security considerations in a number of cases involving Palestinians.

“It’s typical of young lawyers going into constitutional law that they have inflated dreams of what constitutional law can do, what courts can do,” Bork said during a June 23 conference call organized by the anti-abortion group Americans United for Life in an effort to rally opposition to Kagan in the U.S. Senate. “That usually wears off as time passes and they get experience. But Ms. Kagan has not had time to develop a mature philosophy of judging. I would say her admiration for Barak, the Israeli justice, is a prime example. As I’ve said before, Barak might be the least competent judge on the planet.”

Following Bork’s comments, liberals in the United States rushed to defend Barak and Kagan by noting that the Israeli justice has received praise as well from judicial conservatives, most notably U.S. Supreme Court Justice Antonin Scalia. A darling of conservatives, Scalia glowingly introduced Barak in March 2007 when he was honored by the American Association of Jewish Lawyers and Jurists (with the Supreme Court’s two Jewish members, Stephen Breyer and Ruth bader Ginsburg, in the audience).

In its report on the introduction, the Forward paraphrased Scalia as saying that “no other living jurist has had a greater impact on his own country’s legal system — and perhaps on legal systems throughout the world.” According to the report, Scalia went on “to celebrate his fruitful and long-standing relationship with the Israeli judge, and to affirm a profound respect for the man — one that trumped their fundamental philosophical, legal and constitutional disagreements.”

Told of Scalia’s remarks, Bork dismissed them as sounding “like politeness offered on a formal occasion.”

At the National Review Online, Ed Whelan argued that Scalia’s comments about Barak could not be compared to Kagan’s use of the phrase “my judicial hero.”

In an e-mail to JTA, David Twersky, a veteran journalist and analyst for Jewish organizations, recalled that at a New York Sun editorial dinner at the Harvard Club he asked Scalia about Barak.

“To my great surprise, he had nothing but good things to say and said he would never second-guess Barak,” Twersky said. “So I can tell you from personal experience that Bork is wrong.”

Twersky recalled Scalia as saying, “I mean they don’t even have a constitution over there.”

The Israel-lacks-a-constitution theme has been echoed in recent days by Barak’s defenders, who argue that the different legal traditions in Israel and the United States make it difficult to read too much into Kagan’s praise of Barak.

“Kagan wasn’t saying that she would decide every U.S. issue the same way Barak would decide the same matter in Israel,” Aaron Zelinsky wrote in a column for the Huffington Post. Instead, added Zelinsky, an American who once clerked for Barak, Kagan “respected what he stood for and had accomplished, in particular the furtherance of ‘democracy, human rights, the rule of law, and justice.’ ”

The Orthox Union has taken issue with Barak’s record, accusing him of improperly attempting to “impose his ideological vision” on matters when Israel’s Jewish and democratic values are seemingly in conflict. But even as it reiterated those criticisms, the OU’s Washington blog — like several other U.S. Jewish groups — dismissed Bork’s attack on Kagan, suggesting her praise was merely “social convention.”

“Israel gets pulled into enough disputes around the world these days, and its Supreme Court continues to spark debates too,” the OU blog declared. “Can’t Judge Bork and the rest of Kagan’s opponents find something else — and less bizarre — to attack her with?”

Both the OU and the Reform movement waded into the confirmation process, though they stopped short of taking an actual position on the nominee.

In a letter to U.S. Senate Judiciary Committee Chairman Sen. Patrick Leahy (D-Vt.), the OU said it found Kagan’s record “encouraging.” It noted her repudiation in confirmation hearings of her 1987 memo, when she clerked for the late Supreme Court Justice Thurgood Marshall, rejecting any government funding for faith-based charities providing social services.

The OU also noted memos she wrote as a domestic adviser to President Clinton backing religious freedoms in the workplace.

The Reform movement, meantime, forwarded to the Judiciary Committee members what it considered to be the most compelling questions it solicited from its membership on the website AskElanaKagan.com.

“What limits does the Establishment Clause place on government funding that flows to faith-based organizations?” was one question.

“Do states have a right to define marriage as solely between a man and a woman? What should be the Federal role concerning marriage?” was another.

Nancy Ratzan, the president of the National Council of Jewish Women, issued a statement rejecting Bork’s criticism of Kagan and promised that the NCJW would continue to push its members to take action in support of her nomination.

Kagan’s Jewishness also took center stage later in the day. Graham, probing Kagan on threats to the United States, asked her if she was unnerved by the Christmas Day bomber.

“Where were you on Christmas Day?” Graham asked.

“Like all Jews,” she responded, “I was probably at a Chinese restaurant.”

“I could almost see this one coming,” Leahy quipped.

Then Sen. Chuck Schumer (D-N.Y.) jumped in: “Those are the only restaurants that are open!”