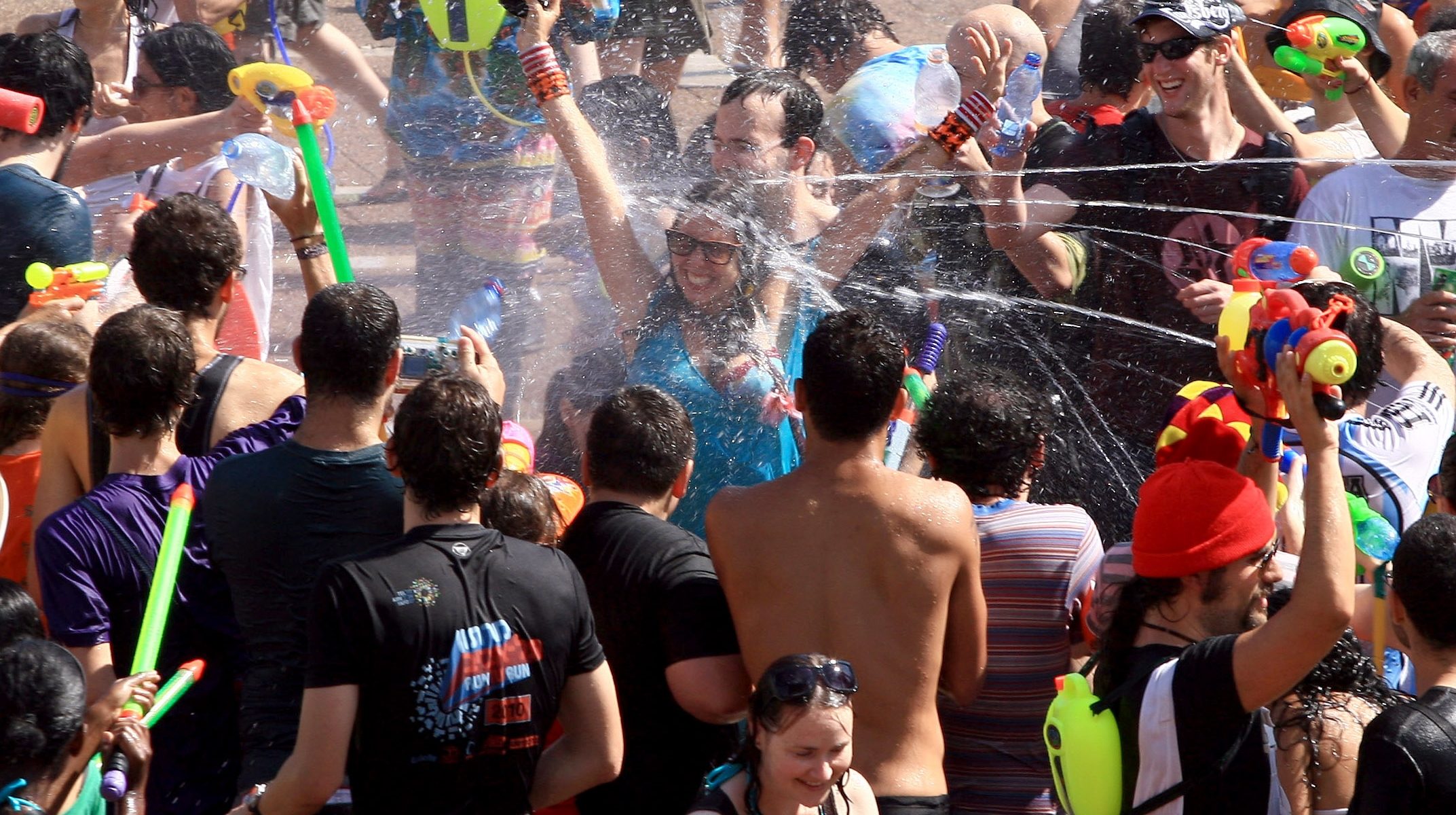 Israel’s Chief Rabbinate has ordered rabbis to stop singing under the chupah, saying it “cheapens the Rabbinate.”

Ynet reported earlier this month that the Council of the Chief Rabbinate agreed to strip rabbis who incorporate song and musical performance into the marriage ceremony of their authority to officiate at weddings.

A similar decision was announced a year ago, but with the recent decision the rule will be enforced more vigilantly, according to Ynet. Officiating rabbis have filed complaints with the Chief Rabbinate about the practice, claiming that they “degraded themselves” during the ceremonies.

“We are aware of the fact that a younger generation has arisen that is far from the tradition and is interested in such a chupah so that it is more accepted by those attending,” Rabbi Ratzon Arusi, chairman of the Rabbinate’s Marriage Committee, told Ynet. “However, everything must be in accordance with halachah. If the rabbi is genteel and cordial, we have no opposition. On the contrary, he sanctifies the Heavens. But when he sings and plays music, this is problematic.”

More than a dozen young Israeli men and women with disabilities graduated from an Israeli army boot camp in a special program designed for them.

The newly minted soldiers, who suffer from Down syndrome, and developmental and hearing disabilities, are exempt from compulsory military service.

The one-week basic training at the Tzalmon base in northern Israel was the first time that disabled Israeli youth have participated in basic training. The participants, mostly 18 and 19 years old, were incorporated as much as possible into the regular missions, Ynet reported.

A second group will arrive soon for training.

“I wanted to make them feel that they are a part of the army and to give them a sort of basic military training,” Maj. Ariel Almog, commander of the Home Front Command base in Ramle, told Ynet.

Almog initiated the program and acquired the necessary approvals.

“They experienced the true spirit of the military, with the symbols, the flag and the weapon,” he said. “They followed all the orders and were given help when it was needed.”

The U.S.-Israel Educational Foundation, which is responsible for the administration of Israel’s participation in the Fulbright Program, organized the sixth annual MBA conference in Tel Aviv for students and recruiters to meet, the Israeli business daily Globes reported.

Among the schools represented were Stanford, Yale, New York University, Columbia University, the University of California, Berkeley, and Harvard.

More than 150 Israel students will study at U.S. master’s programs in business adminstration beginning this fall, according to Globes.

An Ethiopian-Israeli student for the first time was accepted this year as a Fulbright scholar, at Brandeis University.

An international marketing campaign will brand Tel Aviv as a travel destination for the gay, lesbian, bisexual and transgender community.

The $88.1 million campaign, including ads on gay websites and in magazines, will target England and Germany, which both have sizable GLBT communities. The Tourism Ministry and Tel Aviv Municipality each invested about $44 million in the project.

“Tel Aviv is known as one of the world’s finest and friendliest GLBT travel destinations,” the new Gay Tel Aviv guide website’s home page reads. “Come experience Israel, where you can express yourself, indulge yourself, or just be yourself in cosmopolitan gay-friendly cities and resort towns.”

The Tel Aviv Municipality has submitted an official application to host the International Gay Pride Parade in 2012.

The water fight, which used only water from the square’s water fountain and is not fit for drinking, was held under the theme of “Fighting for Every Drop.” No external water sources were permitted during the water battle, which lasted throughout the night.

Thousands of people participated in the sixth annual event earlier this month using water guns and bags full of water.

The event was organized in cooperation with the group Consensus, which works to increase awareness of the need to save water.