Why Israel allowed the settlement freeze to expire 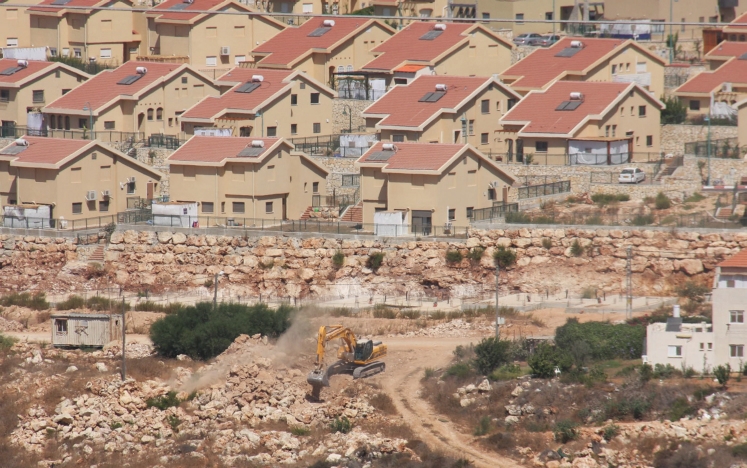 JERUSALEM (JTA) — In the four weeks since direct Israeli-Palestinian peace talks resumed, settlement construction has been identified widely as the most immediate obstacle to the survival of negotiations.

In media accounts about the diplomatic standoff over the issue, Israel’s decision not to extend its self-imposed 10-month freeze on settlement building has been portrayed as a slap in the face to the Obama administration, deepening Israel’s occupation of the West Bank and creating more stumbling blocks to a final peace accord between Israelis and Palestinians.

The Palestinians, meanwhile, say they will wait a week before carrying out the threat of withdrawing from the peace talks.

“Of course we don’t want to end negotiations; we want to continue,” Abbas told Europe 1 radio, according to Israel’s daily Haaretz. “But if colonization continues, we will be forced to end them.”

In Israel, the only response is the rumbling of earth-moving equipment headed for construction sites in the West Bank.

That’s because what is perceived around the world as Israeli stubbornness is seen much differently in Israel. The differences in outlook cut to the heart not only of how Israelis view these negotiations but how they view the future border between Israel and a Palestinian state.

In Jerusalem, it is the Palestinians who are seen as stubborn for sticking to their insistence that settlement building be halted before coming to the negotiating table. Never before had such a precondition been imposed on negotiations; in the past, Israelis and Palestinians talked while both continued to build in their respective West Bank communities.

Having offered the freeze unilaterally 10 months ago to coax the Palestinians back to the negotiating table and satisfy U.S. demands for an Israeli good-will gesture, the Israeli government sees itself as the accommodating party whose gesture was never reciprocated. Rather, it took the Palestinian nine months to agree to resume negotiations, leaving virtually no time for substantive progress before the freeze expired.

Then there are the political considerations: Netanyahu’s right-leaning coalition partners made clear that extending the freeze was a nonstarter. Perhaps most important, however, the freeze was seen by many Israelis as unfair.

The vast majority of the 300,000 or so Jews who live in the West Bank are families living in bedroom communities within easy commuting distance of Jerusalem or metropolitan Tel Aviv. While some Israelis moved to the settlements for ideological reasons, for many the motivating factor was economic: Housing was much cheaper in the West Bank than in Israel proper.

What’s more, for decades the government offered Israelis economic incentives to settle across the Green Line — the 1949 armistice line that marked the Jordan-Israel border until the 1967 Six-Day War.

During the freeze, these Israelis saw themselves as unfairly penalized: Why were they barred from expanding their homes when their Palestinians neighbors were not?

“Stop making us look like monsters,” Yigal Dilmoni, director of the information office for the Yesha Council, the settlers’ umbrella organization, told JTA in a recent interview.

The problem, of course, stems from the ambiguous nature of Israel’s presence in the West Bank.

Most nations view the area as illegally occupied by Israel. The Israeli government views it as disputed territory captured from Jordan in the 1967 war. While Israel annexed some territories captured in that war (eastern Jerusalem from Jordan, the Golan Heights from Syria) and withdrew from others either unilaterally or within a peace deal (the Sinai Peninsula in a deal with Egypt, the Gaza Strip unilaterally), Israel left the West Bank in legal limbo.

The Palestinians claim the land as the site of their future state.

In Israel, many on the right believe that Israel should not cede an inch, and many on the left say settlements are a crime and the West Bank should be entirely Palestinian. But the majority Israeli view is that most of the West Bank will end up as Palestine while parts of it — large Jewish settlement blocs adjacent to the Green Line — will be annexed to Israel.

In almost all the scenarios, Israel plans to keep the major settlement blocs. Among them are Gush Etzion, a largely religious cluster of towns with some 55,000 people less than 10 miles from Jerusalem; Maale Adumim, a mixed religious-secular city of some 35,000 about five miles east of Jerusalem; and Modiin Illit, a haredi Orthodox city of some 45,000 located less than two miles inside the West Bank, halfway between Jerusalem and Tel Aviv.

More difficult is Ariel, a city of 18,000 located approximately 13 miles inside the West Bank. Israel also aims to keep the smaller settlements near the West Bank-Israel boundary. This plan encompasses the vast majority of the settler population.

Israeli officials say they have received assurances from U.S. officials that this would be the case — most notably in the April 2004 letter by then-President George W. Bush to then-Israeli Prime Minister Ariel Sharon.

Operating under this assumption, the Israeli government viewed a complete, open-ended settlement freeze as unreasonable: If the major settlement blocs will be Israeli, why stop building within them?

After 10 months of an experimental freeze to see what it would elicit from the Palestinians, their return to the negotiating table was not enough. It was time for the experiment to end.