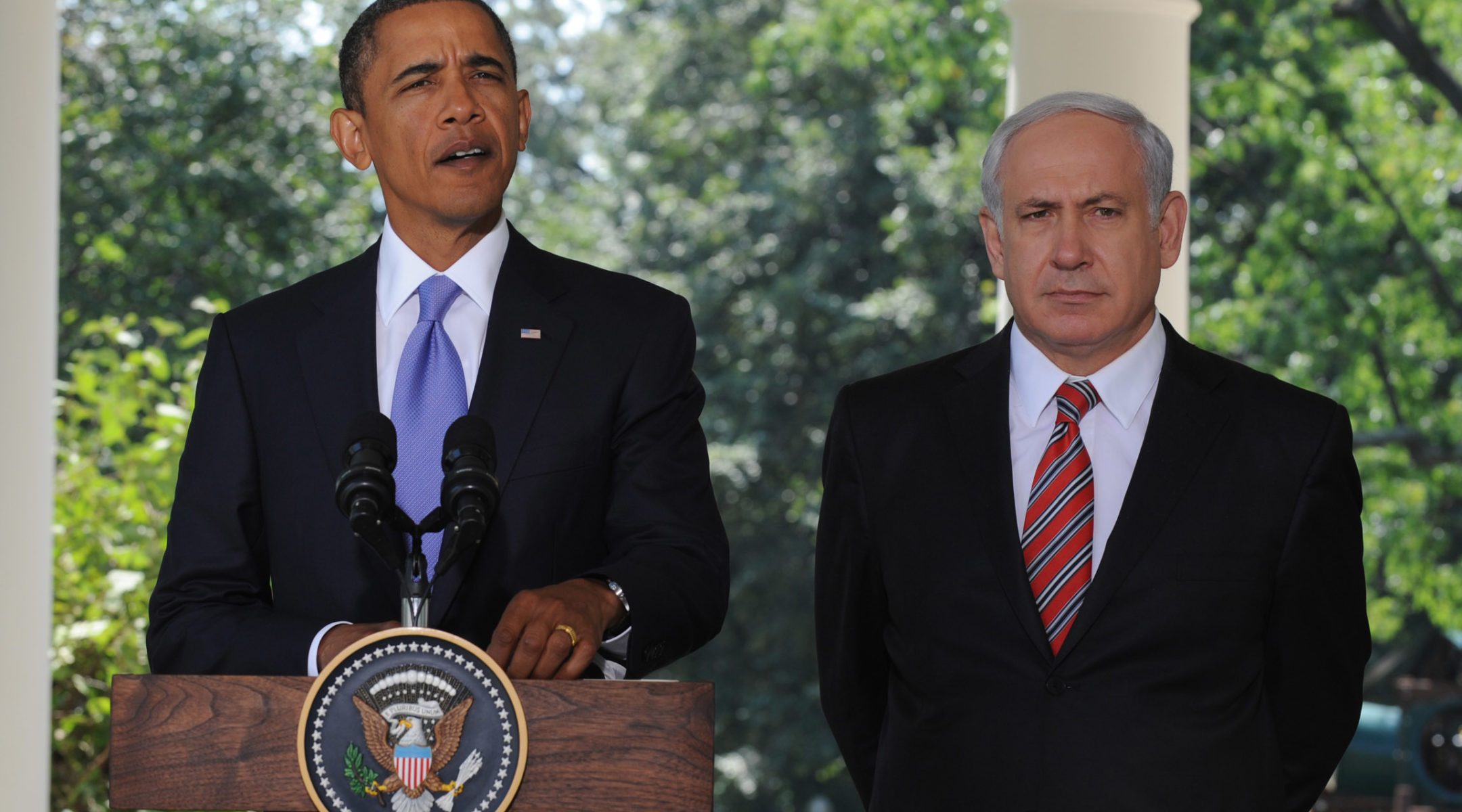 WASHINGTON (JTA) — A slight majority of Jewish Israelis has negative views of President Obama, but his supporters are more numerous than previously reported, according to a poll.

The Brookings Institution poll of Jewish Israelis showed 51 percent responding with negative views of the U.S. president to 41 percent with positive views.

The Obama administration’s Israel policy has been dogged for more than a year by the impression that Jewish Israeli support for Obama was in the single digits based on previous polls conducted by other organizations.

The earlier impressions, cited often by Obama critics as evidence of his low popularity among Jewish Israelis, were based in part on polls that asked respondents whether they perceived Obama as pro-Israeli, pro-Palestinian or evenhanded, and not whether they favored Obama or opposed him. A March poll in The Jerusalem Post poll, for example, found that 9 percent perceived the president as pro-Israel, 30 percent as neutral and 48 percent as pro-Palestinian.

The new poll was one of three new surveys that shed new light on how Israelis view President Obama, how Israeli Arabs view the Jewish state and how Americans view the Israeli-Palestinian conflict. The Washington-based Brookings Institution and the University of Maryland released the three polls on Dec. 9.

It also showed that a substantial majority was not wedded to Prime Minister Benjamin Netanyahu’s demand that the Palestinians recognize Israel as a Jewish state as part of a peace agreement. Thirty-six percent of respondents wanted such recognition as a precondition and 23 percent did not need it, while 39 percent said they would like it but could live without it.

However, a substantial majority of Israelis — 71 percent to 27 percent — favored defining Israel as “the homeland of the Jewish people and of all its citizens.”

A majority also appeared to believe that the Netanyahu government was not doing enough to press for a peace deal, with 62 percent saying that Israel should “do more than it does today to promote comprehensive peace with the Arabs based on the 1967 borders, with agreed modifications, and the establishment of a peaceful Palestinian state next to Israel,” and 35 percent saying it should not.

The Brookings poll, published jointly by the think tank and the University of Maryland on Dec. 9, was conducted in mid-November by Israel’s Dahaf Institute and included 500 respondents. It has a margin of error of 4.5 percentage points.

The poll of Israeli Arabs, conducted by the U.S.-based Zogby Institute, showed 57 percent felt the “right of return” of Palestinians to Israel should not be open to compromise in peace process negotiations.

Asked what would happen if peace talks collapsed, 41 percent said a state of “intense conflict” would continue, 36 percent said little would change, 10 percent predicted a Palestinian surrender to Israel and 8 percent saw a single binational Palestinian-Israeli state as an outcome.

A majority of Israeli Arabs, 54 percent, did not identify with any Palestinian party. The remainder split their sympathies among Hamas (11 percent), Fatah (5 percent), both (15 percent) or other groups (13 percent). A majority, 64 percent, also said they would like to see a Palestinian national unity government. Both results suggested greater tolerance among Israeli Arabs for dealing with Hamas than among Israeli Jews, who mostly identify the group as terrorist and irredentist.

A majority, 58 percent, opposed proposals floated by the Yisrael Beiteinu Party, a junior member of the Israeli government coalition, to transfer some Israeli Arab towns to a state of Palestine as part of the peace process. This was a drop from 2009, however, when 66 percent were opposed, and appeared attributable in part to improved standards of living and governance in the West Bank under Palestinian Authority Prime Minister Salam Fayyad.

Asked in a follow-up question to explain their opposition, 42 percent listed standards of living in Israel as opposed to 51 percent in 2009.

The poll of Israeli Arabs found 45 percent registering favorable views of Obama and 34 percent offering negative views, with 14 percent neutral. It was a substantial drop from a poll in 2009 that found 60 percent with favorable views of the president. The drop likely was attributable to the administration’s failed efforts to hammer out an Israeli-Palestinian peace: a plurality, 40 percent, said the peace process was the most important consideration when evaluating Obama, and a plurality, 34 percent, said Obama’s peace process policies were his greatest disappointment.

The poll, conducted in late October and early November, had a sample size of 600 and a margin of error of 4 percentage points.

The poll of Americans, conducted by Knowledge Networks through an online panel, found that a majority, 63 percent, placed the Arab-Israeli conflict among the top five most important issues for the United States. Forty-one percent believed the Obama administration was doing enough in diplomatic efforts to resolve the conflict, while 30 percent said the administration needed to do more. Twenty-one percent rated the administration as trying too hard.

The mid-November poll surveyed 1,486 respondents with a margin of error of 2.5 percentage points.