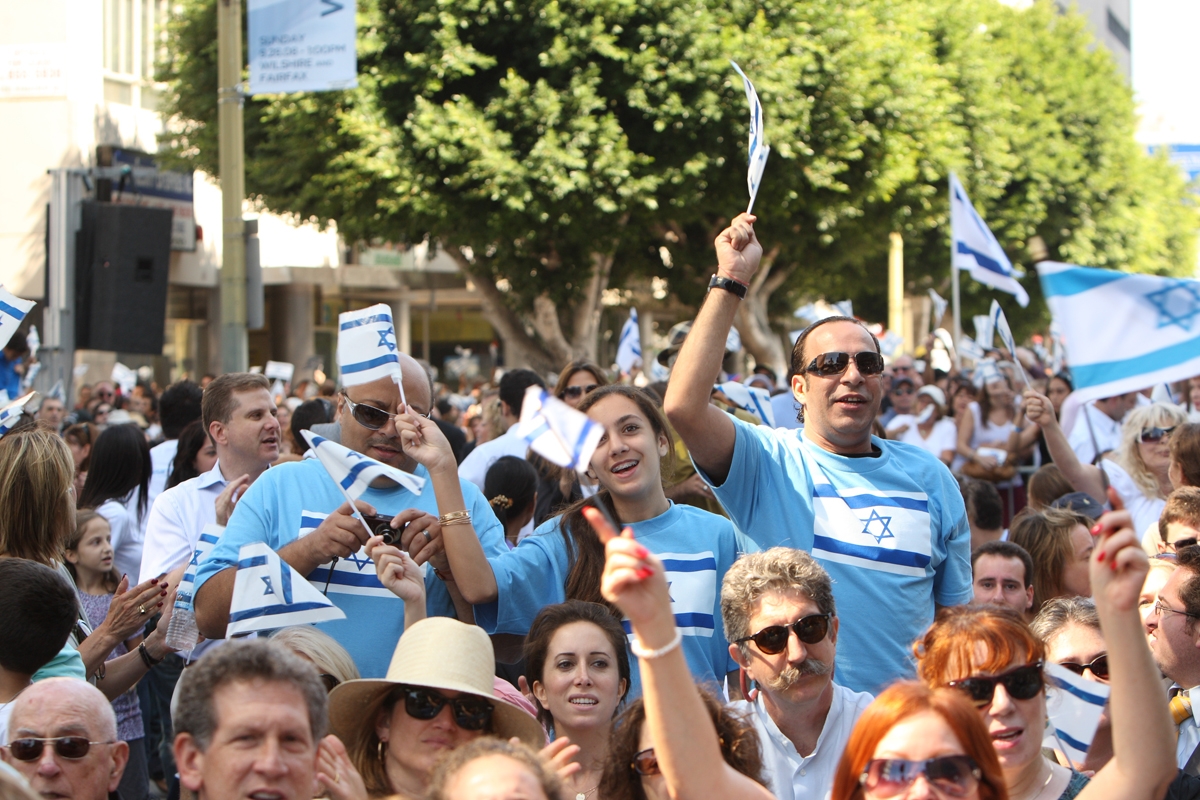 Israeli ex-pats were among those who showed up in Los Angeles for an Israel Independence Day celebration. (Courtesy Israeli Leadership Council)
Advertisement

SAN FRANCISCO (JTA) — The number of Israelis living in the United States grew by about 30 percent over the past decade, according to newly released U.S. Census Bureau figures.

But Israeli expatriates and Israeli government sources say the true figure is actually much higher. The Israeli Consulate in New York estimates there are 600,000 Israelis living in the United States.

“Estimates of Israeli emigrants in the U.S. are difficult to make and often subject to controversy,” said Professor Steven Gold of Michigan State University, author of the 2002 book “The Israeli Diaspora.”

The numbers suggest that migration to America from Israel exceeds American immigration to Israel, or aliyah. From 2000 through 2009, 23,640 U.S. citizens made aliyah, according to the Jewish Agency for Israel.

The U.S. data on the Israeli population comes from the 2009 American Community Survey, an annual report produced by the U.S. Census Bureau that was released earlier this year and updated in recent weeks. The decennial census stopped collecting detailed information such as country of origin after 2000; that information is now collected and included in the bureau’s annual community surveys.

The survey also reported that 27 percent of Israelis in the United States arrived since 2000. Three-quarters are between the ages of 25 and 65. Forty-five percent of the adults have at least an undergraduate degree, and more than 80 percent hold white-collar jobs. And just to dispel a popular stereotype, only 4.6 percent work in the “production, transportation and material moving occupations.”

The Israeli Leadership Council in Los Angeles, an organization that promotes communal identity among local Israeli Jews, says that about 250,000 Israelis live in the greater L.A. region. The council’s figures are based on information from the Israeli Consulate in Los Angeles, said a spokesperson for the group. The consulate would not confirm the figures to JTA.

A UJA-Federation of New York study published in February 2009 reported about 80,000 people living in households with at least one Israeli adult in New York City and three suburban counties. Dave Matkowsky, director of the resource center for Jewish diversity at the 92nd Street Y in Manhattan, says his department uses that figure “with caveats,” suggesting that the real number may be higher.

The Israeli Consulate in New York has registered 140,000 Israeli heads of household or individuals living in the region.

Aside from New York and Los Angeles, the metropolitan areas of Boston, San Francisco and Miami also have significant Israeli populations.

So which numbers are more accurate, the census figures or the Jewish estimates?

Leonard Saxe, director of the Cohen Center for Modern Jewish Studies at Brandeis University, notes that many Israelis in the United States are here temporarily and might not be counted as “residents.”

He also says that many people holding Israeli passports may not have been born in Israel but in the former Soviet Union or even the United States. They would not show up in the Census Bureau statistics but would be counted as Israeli citizens by most other estimates, including those of the Israeli government.

Another discrepancy could be in how Israelis are counted. Israel considers as Israelis children born to Israelis, even if they’ve never been to Israel, Gold noted. Those children would not show up as Israelis in the U.S. Census figures.

Then there are political sensitivities.

“Official estimates of Israelis abroad, especially those released by the Jewish Agency or  Ministry of Absorption [versus the more conservative Central Bureau of Statistics] are regarded as often exaggerated and inconsistent with data collected via systematic methods, perhaps because of an effort to draw attention to the issue of Israeli emigration,” Gold said.

Columbia University sociologist Yinon Cohen has come up with what Gold calls “the most careful estimates,” drawing upon the U.S. Census, the Israeli Central Bureau of Statistics and American Jewish population surveys.