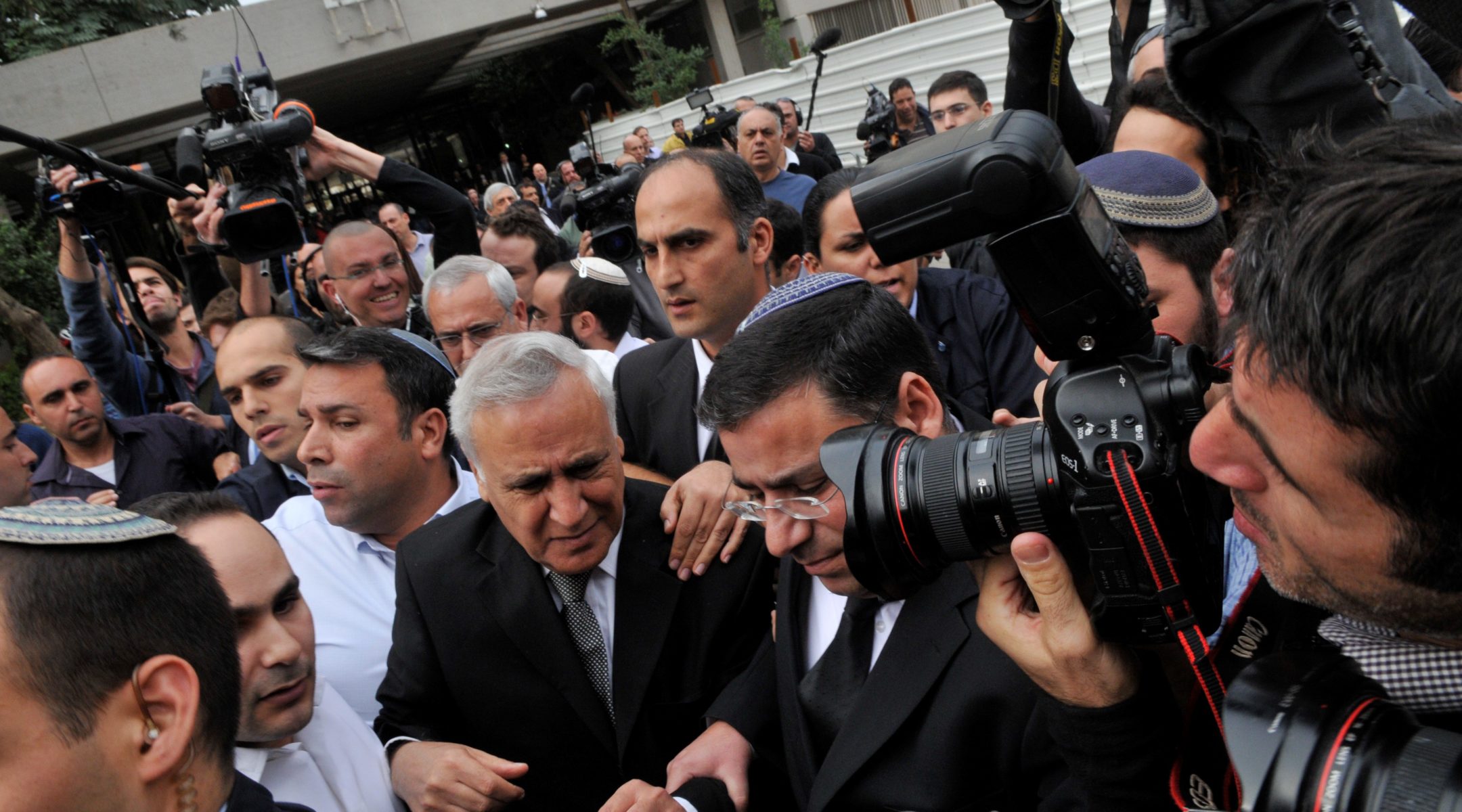 Former Israeli President Moshe Katsav, with gray hair at center, outside a Tel Aviv court on Dec. 30, 2010 after being convicted of raping a government employee, assaulting a female employee of the President's Residence and sexually harassing an 18-year-old female National Service volunteer. (Yossi Zeliger / Flash90)
Advertisement

The unanimous verdict of the three-judge panel was announced in Tel Aviv District Court on Thursday.

Katsav, 65, was convicted of raping and sexually assaulting A., a former employee of the Tourism Ministry. He was also convicted of sexually harassing H. and of sexually abusing and harassing L., both employees of the President’s Residence, and of obstruction of justice. The incidents occurred when Katsav was serving as Israel’s president and tourism minister. The victims’ names have been kept in confidence by the courts.

Katsav was accompanied to court by his lawyers but not by his wife, Gila, who previously had stood by his side throughout the proceedings. Katsav’s attorneys said they would appeal the verdict to the Supreme Court.

The trial lasted for one year. Two years ago, Katsav declined what was seen as a lenient plea bargain — one that dropped the rape charges for lesser charges and likely would have left him with a suspended sentence — saying that he wanted to clear his name in court. Most of the trial was held behind closed doors to protect the identities of the accusers.

A sentencing date has not yet been set. A rape conviction carries a minimum prison sentence of four years and a maximum of 16 years.

Katsav, who immigrated to Israel from Iran in 1951, became president when the Knesset elected him in 2000, upsetting candidate Shimon Peres. Peres became president in 2007 after Katsav resigned in the wake of the allegations, shortly before the end of his term.

“This is a sad day for the State of Israel and its residents,” Israel’s Prime Minister Benjamin Netanyahu said in a statement after the verdict. “Today, the court conveyed two clear-cut messages — that all are equal before the law and that every woman has exclusive rights to her body.”