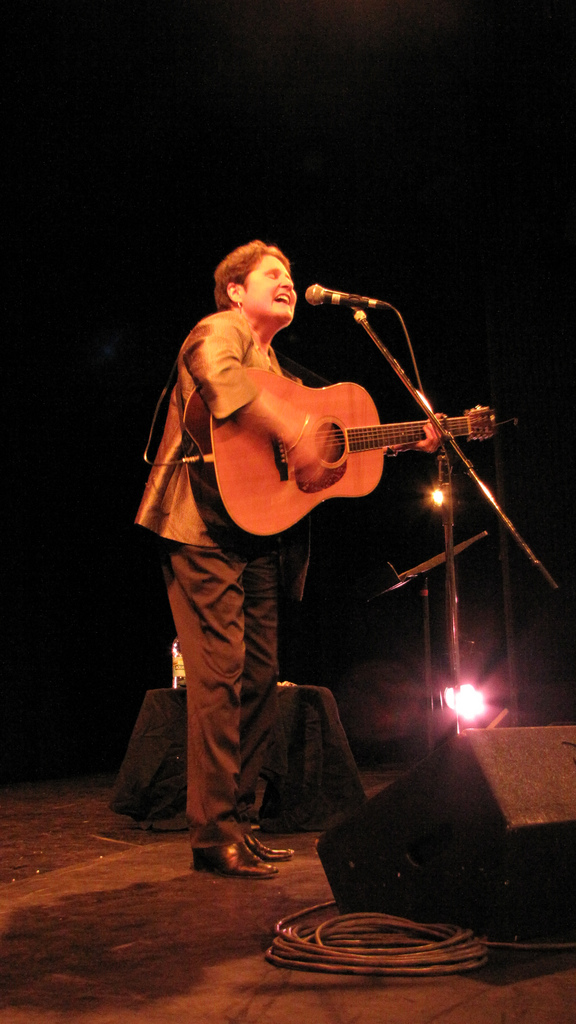 NEW YORK (JTA) — Just hours after Debbie Friedman’s death, more than 400 people turned out for a memorial service for the popular songwriter who is widely credited with reinvigorating synagogue music.

Friedman’s funeral is scheduled for Tuesday, near Los Angeles.

The memorial event, held Sunday night at the JCC in Manhattan, had been slated originally as a healing service to offer prayers for Friedman, who was hospitalized in Southern California for several days with pneumonia.

Rabbi Joy Levitt, the executive director of the JCC, opened the service by noting that originally those in attendance had planned to pray for Friedman’s recovery.

“Instead,” she said, “we gather to serve as shomrim” — guardians — “as Debbie’s soul moves on.”

Levitt was joined on stage by Rabbi Jacqueline Koch Ellenson, director of the Women’s Rabbinic Network; Rabbi Angela Warnick Buchdahl, a cantor at the Central Synagogue in Manhattan; Merri Lovinger Arian, a faculty member at the School of Sacred Music at Hebrew Union College-Jewish Institute of Religion; and Carole Rivel, a music teacher at the Abraham Joshua Heschel School in New York who played piano at Friedman’s concerts and healing services. The women led the audience in singing several of Friedman’s signature songs.

In what her fans described as a poignant turn of events, congregations across the country spent the weekend praying for the musician best known for her composition “Mi Shebeirach,” a prayer for healing that is sung in many North American congregations. It was during the singing of Friedman’s healing prayer Sunday night at the JCC that most of the audience stood up in what some participants described as a spontaneous display of respect and gratitude for the late musician.

During another song, actor Mandy Patinkin ran up to the stage to join in.

The audience featured an eclectic mix of rabbis, musicians, journalists, philanthropists, Jewish organizational leaders and ordinary fans. Some wept as they sang along, others smiled as they shared memories of Friedman.

Friedman brought a more folksy, sing-along style to American congregations. In 2007 she was appointed to the faculty of the Reform movement’s cantorial school in a sign that her style had gained mainstream acceptance.

She released more than 20 albums and performed in sold-out concerts around the world at synagogues, churches, schools and prestigious venues such as Carnegie Hall. She received dozens of awards and was lauded by critics worldwide.