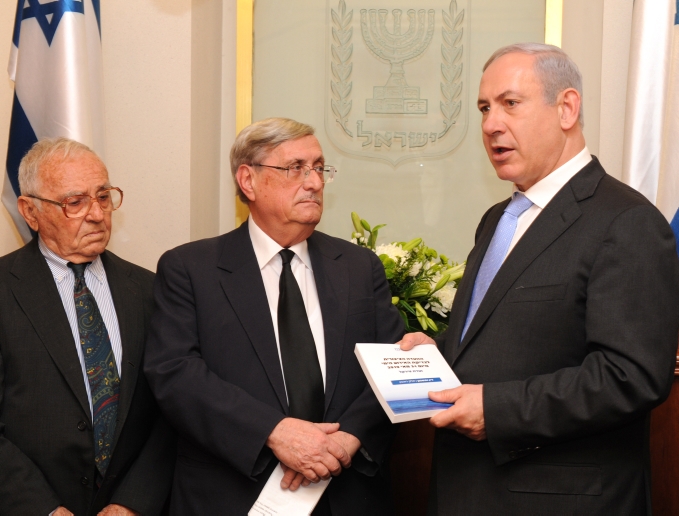 JERUSALEM (JTA) — The response was predictable when Israel released the findings of its commission of inquiry into the May 2010 Turkish flotilla incident: Israel’s defenders heralded it as absolving Israel of wrongdoing, Turkish critics of Israel dismissed it as not credible.

Now the question is how the international community will view the report, which found that the Israeli Navy was not at fault in the May 31confrontation aboard one of a flotilla of Gaza-bound ships that left nine Turkish passengers dead.

“We think that this is an independent report, credible and impartial and transparent investigation that has been undertaken by Israel,” U.S. State Department spokesman Phillip Crowley said late Monday. “It will contribute to the broader process that continues through the secretary-general” of the United Nations.

It’s not clear that other countries will be as receptive to the Turkel Commission’s findings released Sunday.

“The Turkel committee was established mostly for external consumption, and even if the United Nations gives some weight to the panel’s findings, it’s hard to believe that the international community will accept them as is,” Amos Harel wrote in Haaretz.

Israel’s land and naval blockade of Gaza does not break international law, the report found, and Israeli soldiers acted in self-defense while intercepting and boarding the Mavi Marmara, the Turkish ship in the flotilla whose passengers attacked Israeli naval commandos when they tried to board the ship.

The report concluded that Israel’s naval blockade of Gaza, “in view of the security circumstances and Israel’s efforts to comply with its humanitarian obligations, was legal pursuant to the rules of international law.” But the report also suggested that Israel should find ways to focus its sanctions on Hamas while not harming the civilian population of Gaza.

The commission, which was chaired by former Israeli Supreme Court Justice Jacob Turkel, also called on Israel to find ways to improve the delivery of medical care to Palestinians in Gaza.

It included four appointed members from Israel — one died during the proceedings — as well as two foreign observers: Nobel Peace Prize laureate David Trimble from Ireland and Big-Gen. (Ret.) Kenneth Watkin of Canada.

Twenty-seven witnesses over 15 days testified before the committee in open proceedings, while 12 witnesses offered their accounts behind closed doors.

Only the first part of the report was released Sunday. The second part will deal with whether Israel’s examination and investigation system regarding infringements of the laws of warfare comport with international law.

“I hope that all those who rushed to judgment against Israel and against its soldiers will read these reports and learn the truth about what happened,” Prime Minister Benjamin Netanyahu said. “The truth is that our soldiers were defending our country and defending their very lives. This is not only their right; it is their duty.”

A Turkish report on the incident submitted last September to a U.N. panel investigating the incident said that Israeli commandos used “totally unnecessary violence” and withheld medical care to passengers injured in the raid. It found Israel’s blockade of Gaza and subsequent interception of the Gaza-bound flotilla to be in violation of international law.

“We expected the Turkel report to say that mistakes were made and disproportionate force was used, but instead the report’s attitude almost renders the Israeli soldiers heroes,” a Turkish Foreign Ministry official told reporters Monday.

“No commission of inquiry can authorize the collective punishment of a civilian population by restricting its movement and access, as Israel did in its closure of Gaza,” the organization said in a statement.

The Turkel report will be turned over to a U.N. panel appointed by Secretary-General Ban Ki-moon to investigate the incident.

On Monday, the Free Gaza movement and the Turkish pro-Palestinian organization IHH, which organized the May 2010 flotilla, said that two new Gaza-bound convoys — dubbed the Freedom Flotilla 2 — will sail for Gaza in the spring.