NEW YORK (JTA) — Animal rights or Jewish rites? That is the question this week before the Tweede Kamer, the lower house of the Dutch parliament, as it considers a bill that effectively would prohibit shechitah, the Jewish ritual slaughter of animals.

According to the Jewish Historical Museum in Amsterdam, in 1674 the first Ashkenazi Jew who settled in The Hague was a kosher butcher. Well over three centuries later the Dutch parliament, seated in The Hague, may soon send all the kosher butchers packing.

The minuscule Party for the Animals has introduced a bill to ban animal slaughter without prior stunning. While the proposal is in the spirit of defending animal rights and does not represent any anti-Jewish intent, the brunt would be borne by the Dutch Jewish community of nearly 50,000 people.

Such an unjust result should not surprise anyone, since the premise of the bill itself is unjust. Jewish law commands humane treatment of animals, and several scientific studies have shown that shechitah is indeed humane. According to a 2004 peer-reviewed paper, “Physiological Insights Into Shechita,” by Dr. Stuart Rosen of Imperial College in London, “shechitah is a painless and humane method of animal slaughter.”

The Party for the Animals says that “The European Court of Human Rights has determined that forbidding unanaesthetised ritual slaughter does not contravene the right to freedom of religion.” This argument oversimplifies the specific issues and narrow applicability of the Cha’are Shalom Ve Tsedek v. France case, which concerned the demand of a haredi Orthodox Jewish group for a shechitah facility separate from the existing facility in France under the supervision of the chief rabbi of France when the possibility existed of importing meat from a slaughterhouse of the same haredi Orthodox group in Belgium.

In other words, the party claims that banning shechitah in the Netherlands would not infringe on religious freedom if kosher meat can be imported from Belgium.

This line of reasoning leads to two obvious and disturbing questions that Dutch parliamentarians should ask themselves: May we indirectly discriminate against Dutch Jews as long as Belgium does not do the same? How available would fresh kosher meat be to Dutch Jews if all European countries were to adopt the position that it could be imported from a neighboring country?

It is a safe assumption that approval in the Netherlands would encourage animal rights activists to promote similar measures in other European parliaments. The potential for a domino effect should not be underestimated. According to a Belgian animal rights group, a 2006 poll showed that 72 percent of Belgians supported a ban on ritual slaughter without prior stunning.

Switzerland provides a vivid example of the power of European animal rights groups. In 2002, the Swiss government tried to do the right thing and remove the ban on shechitah that had been in place since 1893. The reaction of animal rights groups was fast and furious. They launched a campaign to ban even the import of kosher meat (using the same popular referendum process that in 2010 led to a constitutional ban on the construction of minarets in Switzerland.)

Faced with increasing popular support for the anti-import campaign, the Swiss Jewish community itself urged the government to back off and settle for a reaffirmation of the status quo. They rightly feared ending up with no kosher meat at all.

Aside from the potential practical consequences, the Dutch bill’s adoption would indirectly, but indisputably, convey a message of intolerance for traditional Judaism and for those who observe Jewish dietary laws. Dutch Jews, regardless of their observance of dietary laws, would be made to feel as second-class citizens.

In the 1581 Act of Abjuration, the Dutch declared independence from Spain, demanding “some degree of liberty, particularly relating to religion.” The practice of religious tolerance made the Netherlands a magnet for oppressed Jews from elsewhere in Europe.

Members of today’s Dutch parliament should be guided by their founding fathers’ championing of religious freedom, the Dutch tradition of religious tolerance and a commitment not to forsake that first kosher butcher who came to The Hague.

(Abraham H. Foxman is national director of the Anti-Defamation League and the author most recently of “Jews & Money: The Story of a Stereotype.”) 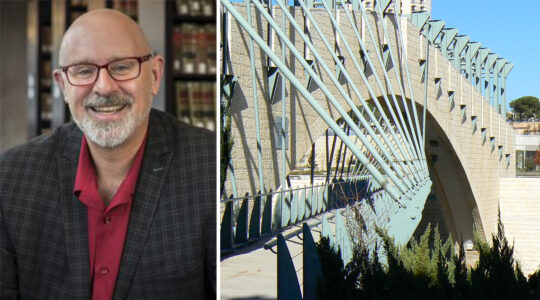 A law professor worries Israel could become the next Hungary