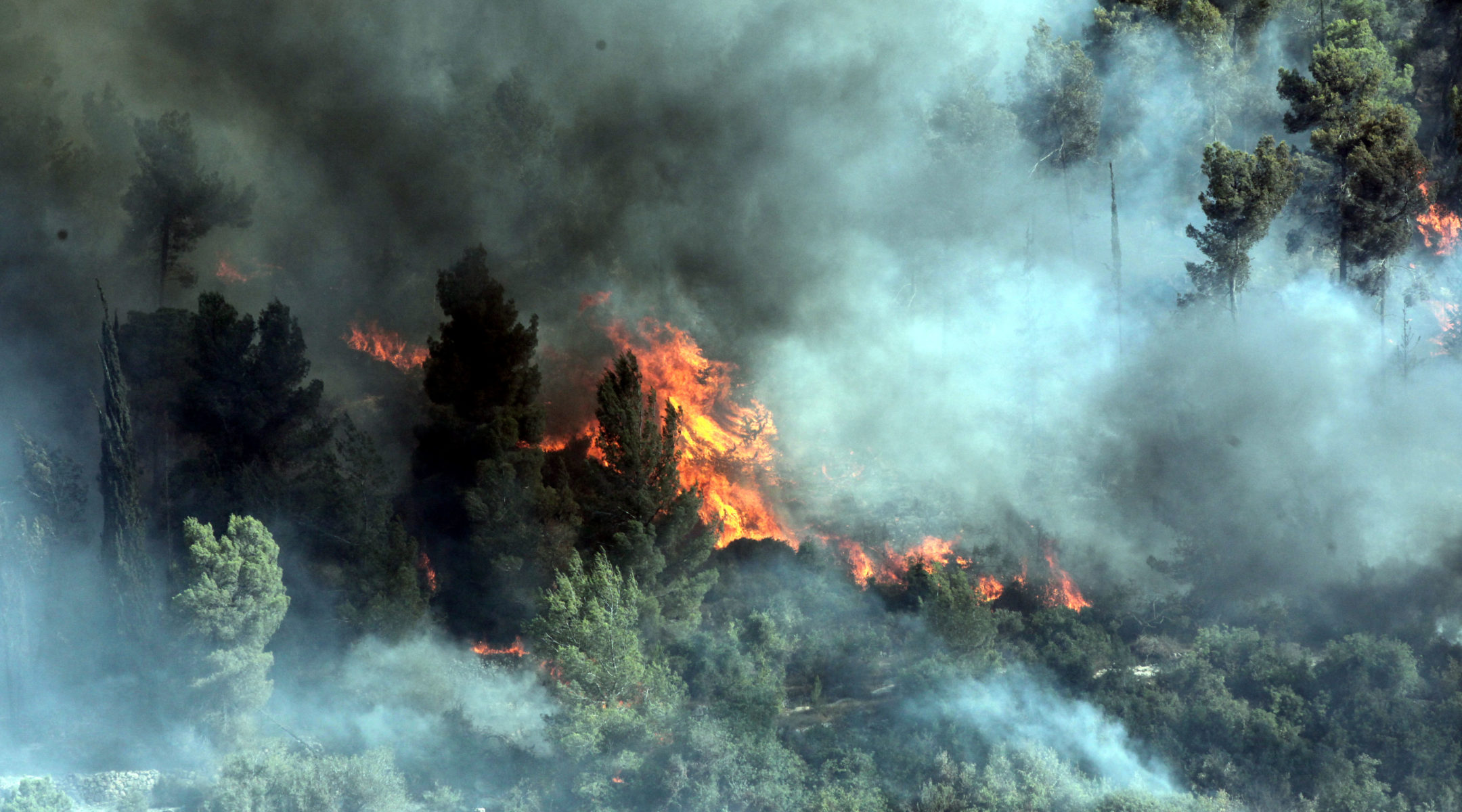 Arson is suspected in the fire that broke out in the forest below the Yad Vashem Holocaust memorial in Jerusalem, July 17, 2011. The memorial and some streets in Jerusalem neighborhoods were evacuated. (Yossi Zamir /Flash 90)
Advertisement

JERUSALEM (JTA) – A moshav resident was arrested on suspicion of starting a forest fire that led to the evacuation of the Yad Vashem Holocaust memorial museum.

The fire was likely started by accident as the man, who lives near Jerusalem, burned garbage in his backyard and the wind carried the flames away. The man’s age, 50, was given but his name was withheld.

Arson originally had been suspected since the fire appeared to have started in several locations.

The fire was under control by Sunday night after burning nearly 40 acres of the Jerusalem Forest and forcing the evacuation of Yad Vashem and some streets in Jerusalem neighborhoods. It reportedly began in four areas of the forest simultaneously on Sunday afternoon, leading to the arson suspicion.

Twenty-three firefighting units and 60 firefighters from the Jewish National Fund, as well as four firefighting planes, fought the fire. At least five people were treated for smoke inhalation, according to reports.

The fire approached the Har Nof and Bayit Vegan neighborhoods of Jerusalem and an oil refinery. Some homes were evacuated as a precaution and the area around the refinery was secured. Yad Vashem employees reportedly were prepared for an emergency evacuation of the museum’s most important artifacts, The Jerusalem Post reported.

The Israeli military was mobilized to help battle the blaze.