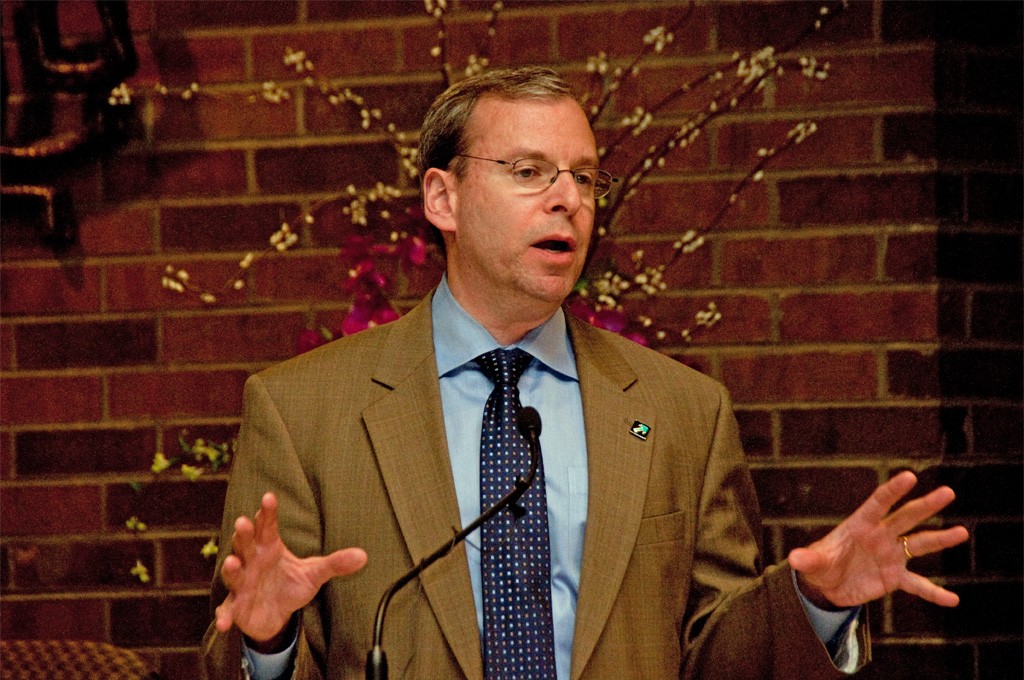 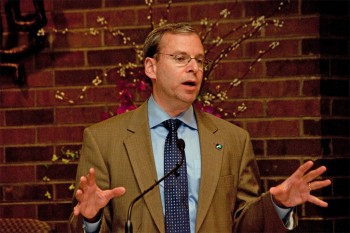 J Street’s Jeremy Ben-Ami makes the case for his organization in the book “A New Voice for Israel.”

NEW YORK (JTA) — If there’s one thing J Street is good at, it’s getting attention.

Supporters, critics and relatively neutral observers all have conspired — with plenty of prodding from J Street’s own aggressive communications operation — to shine an intense media spotlight on the self-described “pro-Israel, pro-peace” organization. The result has been waves of positive attention and tough scrutiny, often out of proportion with any actual accomplishment or misdeed.

The debate over all things J Street is likely to continue with the July 19 release of “A New Voice for Israel: Fighting for the Survival of the Jewish Nation

" (Palgrave MacMillan), the new book by the organization’s founder and president, Jeremy Ben-Ami.

Like the previous rounds of the J Street debate, the book will sway few people. Instead, it will serve as a Rorschach test or proxy fight on a slew of wider issues relating to the Israeli-Palestinian conflict, U.S.-Israel relations and the Jewish body politic.

What you think about J Street probably says a lot about what you think about Barack Obama, Benjamin Netanyahu, AIPAC, settlements, terrorism, the peace process, the boycott, divestment and sanctions movement, and the limits of criticizing Israel. The same probably goes for what you’ll make of the book.

Ben-Ami starts with a historical analogy that is sure to drive many of his critics bonkers: He compares J Street to the Bergson Group, the band of right-wing loyalists to Ze’ev Jabotinsky. The group was ostracized by the U.S. Jewish establishment in the 1930s and ‘40s for waging an aggressive campaign to finance illegal Jewish immigration to Palestine and publicly pressuring the Roosevelt administration to do more to help European Jewry.

What gives the comparison extra punch is that Ben-Ami — a former Bill Clinton and Howard Dean staffer — is the son of the late Bergson Group member Yitshaq Ben-Ami.

“My organization, J Street, is attacked … from the right for being left-wing, while the attacks in the 1930s against the Bergson Group came from the left and called them ‘fascist,’ ” the younger Ben-Ami writes. “If the experience of the Bergson Groups teaches us anything, it is that the appropriate way to deal with those new voices is not to reflexively shut them down but to engage them on the merits and see what value there may be in what they are trying to say.”

It is true, as Ben-Ami asserts in his book, that some right-wing and centrist critics of his organization have launched vitriolic and distortion-filled attacks against J Street and its leaders, often working to blackball them from various forums.

And he’s also right in arguing that many of J Street’s main policy positions — a Jewish state in Israel, a demilitarized Palestinian state, borders based on the 1967 lines with land swaps, no Palestinian right of return, a compromise on Jerusalem — fall well within the Israeli and Jewish mainstream. To boot, J Street has criticized Palestinian incitement and worked with other Jewish organizations to head off anti-Israel boycott campaigns.

At the same time, Ben-Ami papers over, outright ignores or misrepresents several controversies in which criticism of J Street was more widespread and rooted in reality.

Take George Soros-gate, the controversy over the news that the billionaire funder of anti-communist and anti-Bush causes — and a critic of some Israeli security and settlement policies — in fact had been a leading donor to J Street.

“The revelation of his support generated a storm of controversy,” Ben-Ami recounts. “So did the decision not to make his support public when it began.”

Well, not exactly. The issue wasn’t funding but credibility: J Street had spent years essentially denying Soros was a donor when in fact he was one of the organization’s biggest funders.

In another flash of denial, Ben-Ami writes that “if, God forbid, war were to break out tomorrow and Israel’s existence were to be threatened, the American Jewish community and Jews worldwide would — without a doubt and appropriately — rally to the flag.”

Maybe most Jewish groups would, but not J Street — at least not in December 2008, when Israel went to war against Hamas to stop rocket attacks on its cities. Just hours after the Israeli operation started, J Street criticized it on strategic grounds. And then, in a move that would upset even sympathetic liberals, one of J Street’s spokesmen sent out a mass e-mail suggesting that those backing the Israeli operation lacked “sanity and moderation” and proudly declaring that “there are many who recognize elements of truth on both sides of this gaping divide.”

But perhaps the most consistent blind spot are the repeated calls by Ben-Ami and J Street for a wide communal tent and respectful dialogue even while they are swinging sharp elbows.

Ben-Ami’s book is no exception. “A New Voice for Israel” contains several unfair and inaccurate generalizations about other Jewish organizations.

For example, Ben-Ami criticizes the Anti-Defamation League for its opposition to the Islamic community center near Ground Zero, and a few sentences later laments that “overall, the response from the established American Jewish community to growing intolerance all across the United States has been muted at best.”

Criticizing the ADL’s position on the Lower Manhattan Islamic center is fair game, but Ben-Ami’s broader claim is an outright falsehood. The ADL itself has issued frequent condemnations of anti-Islamic bigotry and participated in an effort to defend the general right of American Muslims to build mosques.

Judging from the book, J Street continues, in the name of open discourse, to defend engaging with harsh critics of Israel — including having a BDS supporter speak on a panel at its conference — even while arguing that Jewish groups and U.S. lawmakers should give the cold shoulder to right-wing Christian Zionists.

Ben-Ami also lumps centrists who favor a two-state solution together with those who oppose Israeli concessions and push for settlement expansion. And he suggests that politicians and Jewish organizational leaders who disagree with J Street or criticize the organization fall short on supporting peace and democracy — or they have bowed to intimidation from pro-Israel forces.

Of course, name a major Jewish advocacy organization — ADL, AIPAC, American Jewish Committee, Zionist Organization of America, etc. — and you might find some combination of political and policy miscues, potentially embarrassing funder information, misleading comments, examples of playing dirty or failing to live up to stated ideals. So J Street is hardly alone.

On the policy front, Ben-Ami’s book serves as a healthy reminder that while J Street has described itself as the Obama administration’s “blocking back,” the organization actually disagreed with the president’s early overarching focus on pressuring Israel to enact a settlement freeze. In the end, Obama has come around to J Street’s approach: having the United States publicly outline the favored parameters of a deal, starting with borders and security.

While this, too, is likely to fan anti-J Street flames in some centrist and right-wing circles, in the end the organization’s biggest challenge could well come from the left.

During the past year, one could make the argument that the upstart Jewish Voice for Peace has emerged as the main challenger for the hearts and minds of Jews on the left who feel alienated from Israel and the Jewish establishment. That’s bad news if you count yourself as a pro-Israel activist.

You don’t like J Street’s policies? Jewish Voice for Peace supports some boycotts and divestment measures targeting Israel and takes no position on whether it backs a two-state solution.

By comparison, Ben-Ami’s talk about Zionism, support for U.S. aid to Israel and opposition to the BDS movement sound downright establishment. And if JVP’s influence and popularity grow, it might not be long before establishment folks start telling themselves that maybe J Street wasn’t so bad after all.