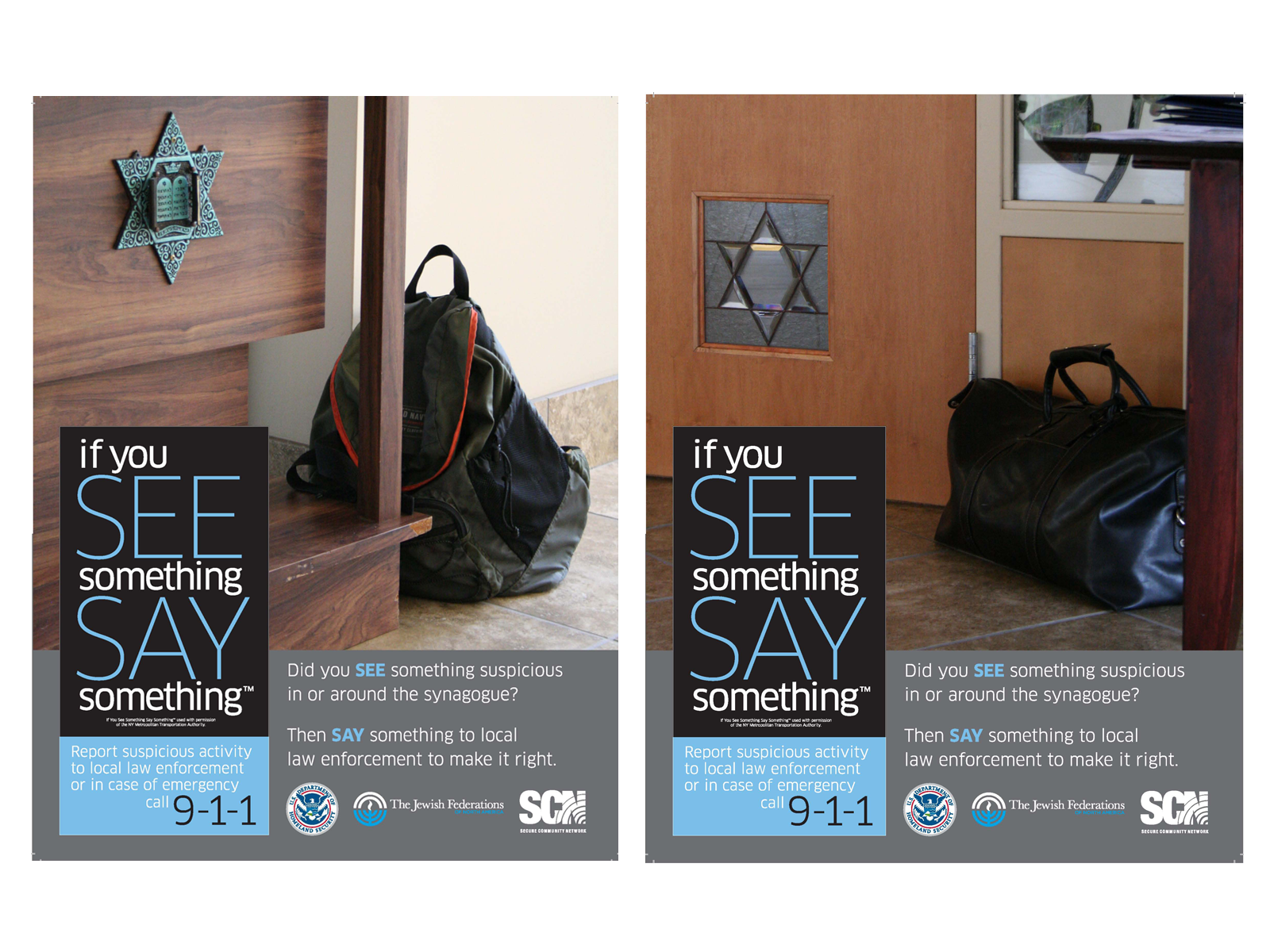 WASHINGTON (JTA) — Focus on behaviors common to all extremists: That’s the advice security experts are offering in the wake of the recent attacks in Norway by a perpetrator who appeared to be anti-Muslim rather than an Islamist.

In the United States, the attacks in Oslo and on the island of Utoya are prompting government officials and those advising the Jewish community on security to look for lessons that can be applied to America.

The Secure Community Network, known as SCN and funded by the Jewish Federations of North America, set up a conference call this week for Jewish summer camp officials with a top Homeland Security Department official. Most of the 77 people killed in Norway died in a shooting attack at a youth camp on Utoya.

SCN in its notice to camp officials said the call, scheduled for Wednesday, was to “discuss planning, mitigation and response policies and procedures camps can implement to address the risk, threat and impact of active shooter and other events.”

Anders Behring Breivik has claimed responsibility for the Norway attacks but has pleaded not guilty, saying the killings were justified.

Whether one is a right-wing or Islamic extremist, the telltale signs of a possible attack in the works may be the same, a senior Homeland Security official told JTA.

The likely attacker is “an individual becoming increasingly vocal and visible in their anti-American, anti-Jewish community, anti-government rhetoric” — whatever the provenance of their beliefs, said the official, who spoke on condition of not being named.

That was true, the official noted, of Faisal Shahzad, the Islamist convicted of attempting to set off a car bomb in Times Square in May 2010, as it was of Richard Poplawski, the white supremacist on death row for killing three Pittsburgh policemen in 2009.

Past and current U.S. government security officials laid out three interlocking strategies for prevention: Getting family and acquaintances to report such behavioral changes; getting others in the community to note suspicious behavior around likely targets; and making sure such reports are streamlined so that local and federal authorities are able to coordinate a response.

“We seek through intelligence and information-sharing to better inform local authorities and community members to recognize the behaviors associated with violence,” the Homeland Security official said.

In reports after the Pittsburgh shootings, friends and family of Poplawski said they had noted, but not made an issue of, his legal weapons purchases as well as his propensity for anti-government, racist and anti-Semitic rhetoric.

The Homeland Security official said the department was examining the Norway attacks and assessing the information, just as it had previous attacks.

After an attack, the official said, “we look at events that occurred, what people had observed, whether community members, family members saw something that was present that would have forewarned” of an attack. Those reports are then forwarded to local authorities so “they’re more sensitized to it.”

Another element is educating the target community, said SCN director Paul Goldenberg. The Homeland Security Department’s recently launched “If You See Something, Say Something” campaign in the Jewish community is critical, he said.

Goldenberg said that potential assailants tend to look at previous attacks for inspiration, which is what made Breivik’s assault on the Labor Party youth camp so exceptional. Some of his victims were as young as 14.

“What’s remarkable is that this individual sought to kill children, and that is a wake-up call for our community and any other community to do all they can to ensure that wherever our children gather and congregate would be a potential location for someone who wants to cause direct harm to the hearts and souls of the Jewish community,” Goldenberg said.

The Homeland Security official identified patterns of behavior around synagogues and other Jewish community buildings that merit reporting to the authorities: “multiple instances of appearances” by a stranger “in an entrance or exit area, parked cars that are in places that unusual — places that people walk past as they enter a JCC, an individual trying to monitor activities, maybe photographing security personnel, photographing the building in a way that doesn’t seem typical of someone who’s interested in architecture.”

It is also critical to train staff to know what to do in case of an attack, Goldenberg said. SCN has trained Jewish summer camp personnel to have planned safety routes in the event of an incident, and walkie-talkies planted in strategic places for effective communication.

“Sending our children to camps and overseas and to Israel — that should never stop,” said Goldenberg, a former counterterrorism adviser to New Jersey’s state government, “but we need to be more vigilant and train those who are responsible and accompanying our children.”

So-called lone wolves are an increasing concern for law-enforcement authorities because advance detection of a plot through wiretapping and similar measures is not possible.

“Some people recognize that based on a lot of the plotters and conspiracies that have been foiled, it is more likely you’re going to get caught if you have conspirators,” said Oren Segal, the co-director of the Anti-Defamation League’s Center on Extremism. “Lone wolf attacks are most concerning, as they don’t fall into one or another movement.”

Groups like the ADL track extremism, particularly on the Internet, which has facilitated the empowerment and exchange of extremist ideas.

“The fact that people are reading ideologies and being influenced online poses a serious threat,” Segal said. “Extremist movements tend to ebb and flow. There have been spikes by those motivated by militant Islam; at other times we’ve seen spikes in anti-government types.”

The Southern Poverty Law Center along with Daryl Johnson, a former Homeland Security official, has accused the Obama and George W. Bush administrations of not aggressively tracking right-wing extremism and instead focusing more on Islamic extremists.

Johnson left Homeland Security after conservatives assailed as an attack on free speech a 2009 report he authored on the increased likelihood of attacks in the wake of the election of the first black president. The department squelched the report and shut down Johnson’s unit.

Heidi Beirich, the research director of the Southern Poverty Law Center, said Breivik was influenced by the online writings of Americans such as Pam Geller and Robert Spencer, who see Islam generally, and not an extremist offshoot, as a threat to democracy and freedom.

“We’re concerned that as the Sept. 11 10th anniversary comes up, someone may attack government buildings or Muslims,” Beirich said. “We understand the threat from Islamists, but there is also a threat from people motivated by anti-government beliefs.”

The Homeland Security official told JTA that the department had not dropped its tracking of right-wing extremists in the wake of the shutdown of Johnson’s unit, and that such monitoring had been incorporated into other departments.

Michael German, the American Civil Liberties Union’s counsel on security and a former FBI agent who infiltrated neo-Nazi and skinhead groups from 1988 to 2004, said that Johnson’s report was useful in many respects, but committed the flaw of tracking ideology instead of extremist activity.

“The way you go about it,” German said, “is focusing on illegal behavior rather than people’s beliefs or ideologies.”