In accepting ’67 lines for talks, Netanyahu tries some political maneuvering 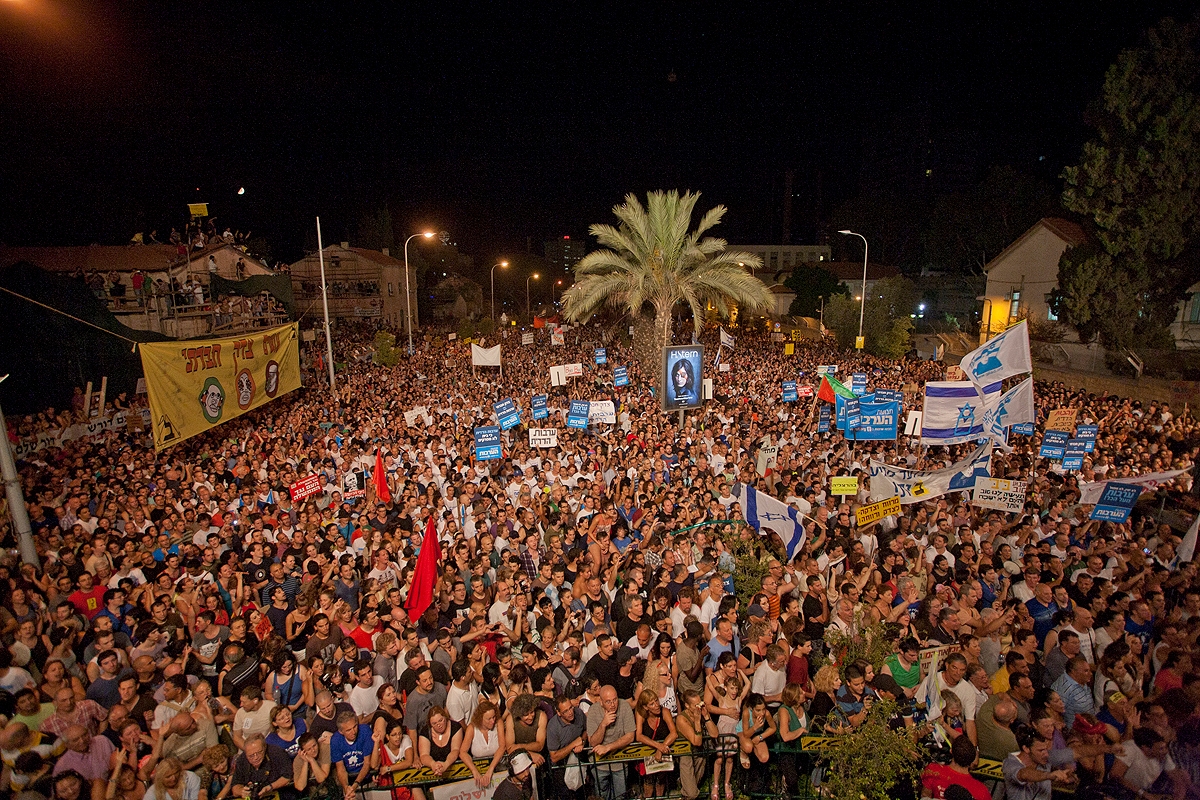 Prime Minister Benjamin Netanyahu articulating a new position on the pre-1967 lines was called a “very serious move” by one expert. He is shown speaking at the weekly Cabinet meeting in Jerusalem, Aug. 7, 2011. (Haim Zach / Flash 90)

JERUSALEM (JTA) — In the never-ending game of diplomatic chess played by Israeli and Palestinian leaders, Prime Minister Benjamin Netanyahu last week made a new move to try to outflank the Palestinians.

On Aug. 2, he said that Israel is ready to use the pre-1967 lines as a rough starting point for discussion of a Palestinian state — if the Palestinians recognize Israel as the Jewish state and back down from their plan to petition the United Nations for statehood recognition in September.

Analysts are divided over whether this constitutes a real shift for Netanyahu or whether he’s merely trying to call the Palestinians’ bluff and gain the upper hand in the international arena — and at home.

On the one hand, merely articulating this new position appears to be a significant shift for the prime minister, who initially described those borders as “indefensible” when President Obama suggested in May that the pre-1967 lines — with agreed land swaps — should serve as the starting point for talks.

“It’s a very serious move,” said Bar-Ilan University political scientist Eytan Gilboa, a senior researcher at the Begin-Sadat Center for Strategic Studies. “For him it’s quite a concession to make because after Obama proposed his platform for renewing negotiations, Bibi rejected it. So he has changed his tune.”

Another, domestic element may be propelling Netanyahu toward peace talks with the Palestinians: the growing social movement that has seen massive demonstrations over the high cost of living in Israel, particularly housing prices. In the past few days, some 300,000 Israelis have turned out to protest across the country, and many are camped out in tents on Tel Aviv’s leafy Rothschild Boulevard. A few weeks ago, a Facebook-driven protest against the high prices of cottage cheese, an Israeli staple, also drew mass popular support, and the price subsequently dropped.

If Netanyahu wants to deal with the protests that have grown with each week, he “has to draw the one card that no one is expecting, the card that can outflank his opponents on every segment of the political spectrum,” Haaretz columnist Bradley Burston wrote last week: an immediate return to peace negotiations.

“This is the time,” Burston wrote. “His party and his government are laying back, uncharacteristically silent, waiting for him to take charge, make a move that is bold enough to meet the challenge of the nation’s broadest social movement in memory.”

Shmuel Sandler, another researcher at Bar-Ilan’s Begin-Sadat Center, said the protests in Israel have prompted Netanyahu’s coalition partners to rally behind him because they don’t want to fall prey to early elections, which paradoxically may strengthen the prime minister’s hand in peace negotiations by giving him enough flexibility to make some headway with the Palestinians despite right-wingers in his coalition who are wary about concessions.

It’s still not clear whether Netanyahu’s Aug. 2 statement represents a substantive shift or a tactical move. Tactically, the appearance of being flexible on the issue of the borders could help build international pressure on the Palestinians to return to the negotiating table and against a Palestinian statehood bid at the United Nations.

“The Palestinians are so hard — they don’t want to budge on the issue of declaring Israel a Jewish state and they will never accept Israel as a Jewish state,” Sandler said. “This way, Bibi can’t be blamed if something does happen in September” at the United Nations. “He can’t be blamed for being too stiff and inflexible.”

Mark Heller, an expert at Tel Aviv University’s Institute for National Security Studies, says Netanyahu is merely trying “to wiggle” between the parameters Obama laid out in May and Netanyahu’s longstanding position that talks with the Palestinians cannot be resumed without preconditions.

“The only way we can find out definitively if he’s serious is if Abu Mazen calls him on it,” Heller said of Mahmoud Abbas, using the Palestinian Authority president’s nom de guerre. “Either way, he has to be put to the test.”

In fact, it is just part of the “give and take of negotiations,” Heller said. “Bibi said no to Obama in May, and this is just building on that.”

In the meantime, however, Netanyahu’s statement has distracted attention from Abbas’ precondition to negotiations: a total freeze on construction in the settlements. Even with Netanyahu’s concession, Heller said, Abbas could still push on the construction issue.

“You really get the sense that neither side is particularly enthusiastic about talking to the other side, and there’s no real sense of urgency,” Heller said. “But no one wants to completely alienate the U.S. or home constituency.”

In the end, Gilboa said, despite Netanyahu’s new position, everyone’s hands are tied.

The Palestinians are determined to go to the United Nations, but Netanyahu’s statement makes a rejection of negotiations more difficult. Netanyahu has spent much time in recent months trying to convince European leaders to abstain from or oppose a unilateral Palestinian bid at the United Nations for statehood recognition. This week, he met with 19 visiting diplomats in Israel, urging them not to vote for unilateral recognition, saying it could make future negotiations more difficult.

The Europeans are key. Without European backing, a vote in favor of Palestinian statehood supported mostly by Muslim and developing countries would be seen as lacking in moral authority. Obama already has indicated that the United States will oppose a U.N. vote for Palestinian statehood, and congressional leaders are threatening to cut off aid to the Palestinian Authority if it goes forward with its plans for September.

Ultimately, Gilboa says, that may not make enough of a difference to deter the Palestinians.

“Rational thinking is not their strong suit,” he said. “The U.N. move is complicating an already highly complicated situation.”