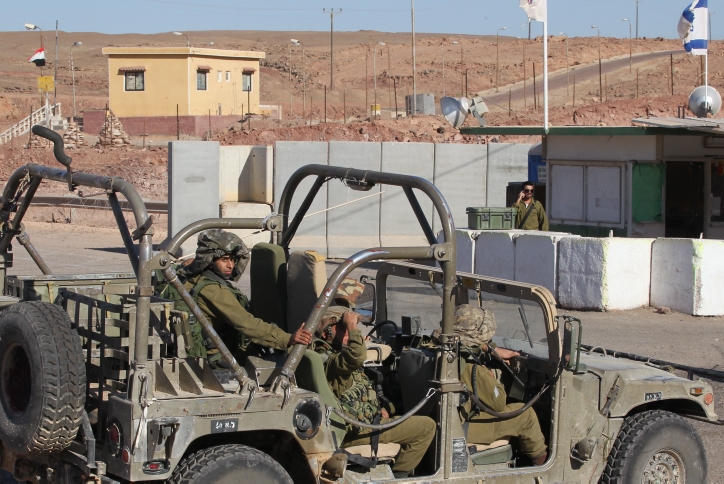 First is the breakdown of Egyptian central authority in the Sinai Peninsula, which has created fertile ground for terrorism against Israel. Complicating matters further is a heightened sensitivity in post-Mubarak Egypt to Israeli retaliation, especially if it entails action in territory nominally controlled by Egypt.

If not carefully managed, the twin challenges could bring the Israeli-Egyptian peace treaty, a cornerstone of regional stability for over three decades, into question, Israeli analysts say.

In separate interviews on Israel Radio, former generals Giora Eiland and Yisrael Ziv both argued that the top priority for Israel now is to take care to prevent any erosion in the peace with Egypt. Nahum Barnea, senior political analyst for Israel’s daily Yediot Achronot, expanded on the theme.

“What is at stake,” Barnea wrote Monday, “is: How can Israel help the new Egyptian regime fend off the street pressure to cancel the peace treaty with Israel?”

Ever since former Egyptian president Hosni Mubarak’s ouster last February, the Sinai has been in a state of virtual anarchy. Any semblance of order that existed under Mubarak has been eroded. Scores of terrorists from Gaza and farther afield have been able to move in the area with impunity. Arms smuggling through the Sinai to Gaza — always a problem — has reached unprecedented levels. The pipeline carrying Egyptian natural gas to Israel has been sabotaged five times since February.

In order to enable the Egyptians to reassert their control, Israeli officials indicate that they may be willing to consider an amendment to the Egyptian-Israeli peace accords to allow a stronger Egyptian military presence in Sinai, close to the border with Israel and in the key area along the border with Gaza. A week before the terrorist attack, Israel agreed to the deployment of an additional 1,000 Egyptian troops in the sensitive area, despite treaty limitations that allow for only a few hundred lightly armed policemen to ensure that the Sinai never again becomes a staging ground for an Egyptian assault against Israel.

Israeli military analysts say that much will depend on the degree to which the Egyptian forces are willing to take on the smugglers and the terrorists.

Up until now, soldiers in the Sinai or lightly armed policemen closer to the border have been taking kickbacks to look the other way. Without a change in attitude, simply beefing up Egyptian forces will not solve the problem, Israeli analysts say. Indeed, some of the Gaza terrorists who fired on Israeli vehicles last week operated unhindered close to an Egyptian military position, they noted.

Even more worrying for Israel than the danger of having terrorists roaming freely around the Sinai is the potential threat the new situation poses to the peace with Egypt.

In the Aug. 18 exchanges of fire with the terrorists, three Egyptian border policemen were killed. Although it is not yet clear how they died, the Egyptians were quick to blame Israel and demand an apology. The incident sparked angry demonstrations outside the Israeli Embassy in Cairo, where one protester scaled the building to tear down the Israeli flag and replace it with an Egyptian one.

What makes this particularly troubling for Israel is that in the new Egypt, a product of the Arab Spring that has given greater weight to the voice of the people, the country’s new leaders will have to take the widespread popular animosity toward Israel into account.

This, the analysts say, could bring the peace treaty with Israel under review.

Still, for all the public debate on the issue in Egypt, most experts do not anticipate a new Egyptian government abrogating the peace treaty with Israel in the near future.

They point out that the two countries still share common interests — for example, a quiet Sinai, in which forces like al-Qaeda, which also threaten Egypt, are neutralized. More importantly, the Egyptians know that if they cancel the peace treaty with Israel, they will forfeit the huge economic and military aid package they have been receiving from the United States ever since the treaty was signed under American auspices in 1979.

At one point during the current crisis, when the Egyptians appeared to threaten to recall their ambassador from Tel Aviv, the United States reportedly warned that if they went ahead, some of the aid would be withheld. The Egyptians quickly dialed down the rhetoric. On Monday, the Egyptian foreign minister, Mohammed Kamel Amr, denied that a recall of the ambassador was ever on the table.

A key element that already has changed, however, is Egypt’s attitude toward Hamas, which controls Gaza. Mubarak’s Egypt strongly opposed Hamas, seeing it as extremist and within the Iranian orbit.

Egypt’s new leaders are far less hostile toward both Iran and Hamas. They’ve used their closer ties with Hamas to create a potentially important role for themselves as mediator — both in matters concerning captive Israeli soldier Gilad Shalit and in negotiating a ceasefire to end the current round of hostilities.

In the wake of last week’s terrorist attack, which left eight Israelis dead, Israel moved quickly to assassinate the leaders of the Popular Resistance Committees, the group behind the attack. That led to several days of missile, rocket and mortar fire on southern Israeli towns and cities, and sporadic Israeli air raids on Hamas and other militia targets in Gaza. On Monday, however, things quieted down – though the rocket attacks did not stop completely – after Egypt helped to broker a halt to the hostilities.

Yoram Meital, a leading Israeli expert on Egypt at Ben-Gurion University, says the changes in Egypt have significantly altered the military equation between Israel and the Gaza militants.

For one thing, Palestinian action from Sinai puts Israel in a very tricky position, because if Israel hits back hard on Egyptian territory, it risks escalation with Egypt. Secondly, should Israel undertake a major military operation in Gaza, it is likely to encounter much firmer Egyptian censure than it did in Mubarak’s day, given the predominant anti-Israel sentiment in today’s Egypt.

Leaders of the Israel Defense Forces are thinking deeply about this. Over time, military planners say, Israel cannot afford to allow Gaza militants to use the Sinai as a launching pad for operations against Israel – precisely because that could lead to conflict with Egypt. At some point, they say, Israel will have deal with the Palestinian terrorist infrastructure in Gaza itself and not in Sinai, to minimize the risk of a confrontation with Egypt.

On Monday, however, Israeli Prime Minister Benjamin Netanyahu responded to calls for a new operation against Hamas in Gaza by saying that a full-scale war in Gaza would be inadvisable at this time, and his Cabinet voted against further action in Gaza.

In the meantime, Israel has decided to accelerate the completion of a high-tech fence along the border with Egypt that is designed to keep both terrorists and asylum seekers from Africa out. The fence will be approximately 15 feet high and equipped with sophisticated electronic warning devices. The big question is whether Israel will have the resources and the manpower to patrol the fence’s 145 miles from Eilat to Gaza effectively and how much that activity would compromise the IDF’s capacity to act elsewhere.

As for Gaza, for now it is clear that both sides don’t want to escalate matters. Hamas leaders don’t want to become targets for assassination, and Israel does not want its southern cities bombarded by rockets.

Israeli officials are also working behind the scenes with the Egyptians, primarily to ensure that whatever happens with Gaza or in the Sinai won’t compromise the peace treaty, perhaps the single-most important element of Israel’s national security doctrine.