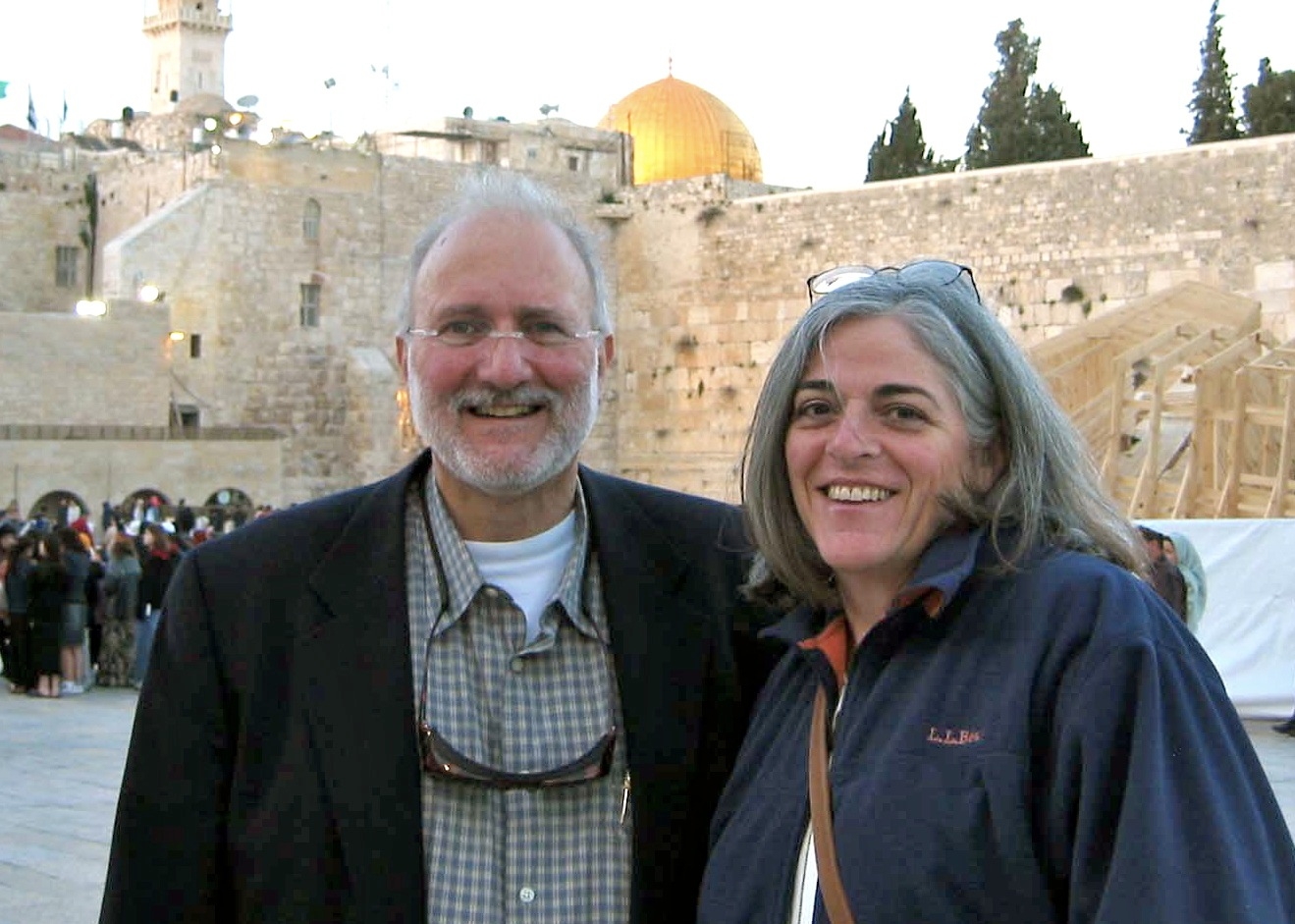 Alan and Judy Gross at the Western Wall in Jerusalem in the spring of 2005. (Courtesy of the Gross family)
Advertisement

DENVER (JTA) — Alan Gross is a Jewish-American contractor who is serving a 15-year prison sentence in Cuba for “crimes against the state.” Gross, now 62 and in ill health, was arrested in 2009 as he was leaving Cuba. His family and U.S. State Department officials say that Gross was in the country on a U.S. Agency for International Development contract to help the country’s 1,500 Jews communicate with other Jewish communities using the Internet.

Gross’ wife, Judy, in an address Tuesday to the 2011 General Assembly of The Jewish Federations of North America in Denver, made a plea for his freedom. Here is her GA speech.

Nearly two years ago, on the night of Dec. 3, 2009, the Shabbat table was set. In a half hour, Alan would be walking through the door, putting on his kippah and saying the motzi. When a half hour passed, I thought that his flight must be delayed. I checked and was a bit startled to find that the flight had landed on time. I began to have a sinking feeling.

After a few phone calls, I learned that Alan had not made it onto the flight. I knew then that something was very wrong. I learned later that night that Alan had been arrested, the charges unknown, and he was in a maximum security prison. This was the beginning of almost two years of incredible suffering for Alan, our family, and our friends.

Most of you don’t know Alan, so I’d like to say a few words about him. Above all he is a humanitarian. He has devoted his life to helping others. He has worked in over 50 countries with one goal: to improve the quality of life of the disadvantaged. Alan is also passionate about the Jewish community, both here and abroad. He worked for both the B’nai B’rith Youth Organization and the federation in Washington, and he has always been active in our congregation.

It is the combination of these qualities that brought Alan to the Jewish community in Cuba. He wanted to do what he always does: help his fellow Jews. The Jewish community in Cuba is small and spread out, and it is difficult for them to communicate with one another and with the rest of the world. Alan jumped at the chance to be able to help to improve their ability to connect and share. He helped them to better access the Internet so they could download prayer books and communicate with Jews around the world. He tried to help them create an “intranet” to bring the community closer together, allowing them to share things like recipes, prayers and even sports scores. This is what he was doing in Cuba. Nothing more.

Believe it or not, one of the most touching aspects of his work in Cuba came through during Alan’s brief trial in Havana. The Cuban government called several witnesses from the Jewish community to testify about Alan. I’ll never forget one man’s testimony. He was an older gentleman; he had trouble getting up to the witness stand. When the prosecutor asked him what Alan showed him on the Internet, he became emotional.

“We saw the world!” he cried out. He explained that Alan had used the Internet to show them places they had never seen before — pictures of the Western Wall in Jerusalem and the city of London.

And it is because of this humanitarian work that Alan is sitting in a jail cell today. That Alan has been convicted of crimes against the state of Cuba — and that he has been sentenced to 15 years in prison — for helping the Jewish community share prayers and look at images of Jerusalem is beyond any sense of reason. It is inhumane and it is unjust. Alan’s only intention was to help the small Jewish communities in Cuba. Nothing more. I believe that the Cuban authorities know this. They were at the same trial that I was; they heard the same testimony that I heard.

You may know about the health challenges we have faced in the family since Alan has been imprisoned. Both my daughters are suffering terribly from the thought that they may not see their father again. One of them has been diagnosed with — and is now battling — breast cancer, without her father by her side. Alan’s mother, who is also fighting cancer, is heartbroken that she may never see her son again. And of course there is Alan. He has lost more than 100 pounds. He is not well, and he is suffering every day, mentally, physically and spiritually.

Alan and we are desperate for him to return home. On the eve of the two-year anniversary of his arrest and incarceration, we want our community, our country and the world to remember that Alan Gross needs to be released from Cuba. We ask you to please join us in this effort. Contact your members of Congress and tell them to take action on Alan’s behalf. Tell everyone you know about Alan. Write letters to your newspapers. Let the Cuban government know that the Jewish community wants Alan home.

On behalf of Alan and our family, I want to thank all of you for your concern and your anticipated help. Thank you.

(This address by Judy Gross, the wife of Alan Gross, was presented Tuesday to the 2011 General Assembly of The Jewish Federations of North America in Denver.)