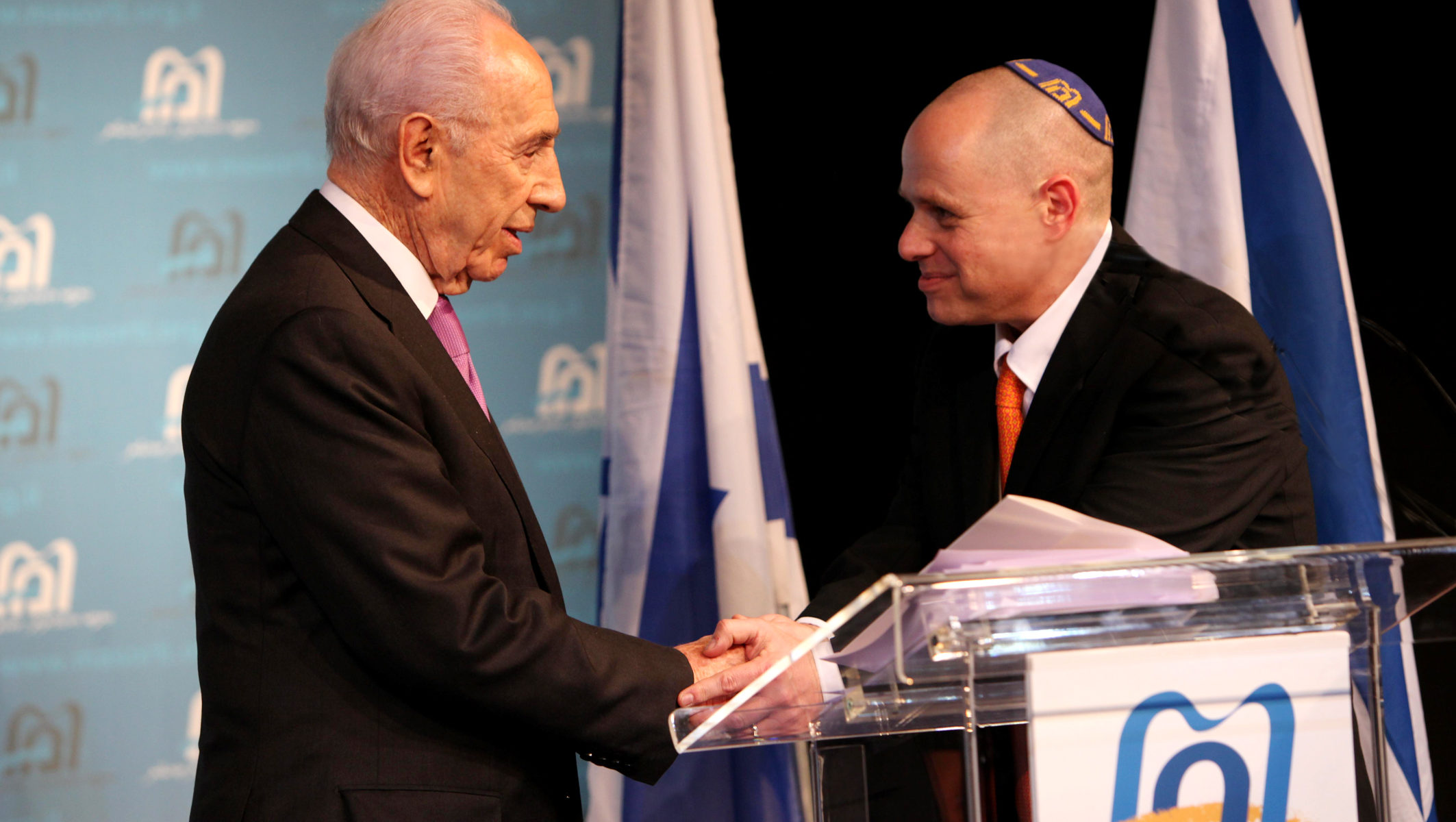 “I came here this evening to hear women singing,” Peres said Jan. 5 after a performance of the Masorti youth movement’s coed singing troupe at a dinner to mark the movement’s founding 35 years ago.

Peres said the controversies “created by fringe extremist groups” facing Israeli society today are not new, but that it has become more difficult to overcome the extremists’ rhetoric and find common ground.

“I am aware that they are the extreme margin, and believe that the majority of haredi, Dati-Leumi and secular communities seek to live together in a spirit of mutual respect, tolerance and brotherhood. And to each their way of life, for democracy in our time is not only the right to be equal, but also the equal right to be different,” Peres said. “The problem is that this marginal minority breaches the law. They are a law unto themselves, and slander the country. They disgrace the state.”

Peres praised the Masorti movement for establishing itself in Israel, “building a large number of communities and synagogues throughout the country, and winning hearts.”

“Different streams exist in Judaism, which has room for conservative and liberal viewpoints, for those who abide by the 613 commandments and those who say ‘Sh’ma Israel,’ ” Peres said.

“To be a Jew is not a matter of public relations but to be historically part of a great collective spirit that crossed oceans of hardships, deserts of suffering. And which never stopped yearning for the Promised Land, nor abandoned the aspiration to be the chosen people. A light unto nations.”