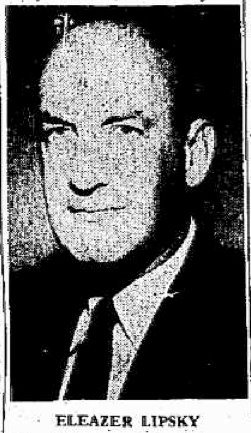 In 1947, eventual JTA president Eleazar Lipsky was nominated for the Academy Award for Best Story.

The film "Kiss of Death," which was later remade with Samuel L. Jackson and David Caruso, was based on Lipsky’s novel "The Kiss of Death."

Who did Lipsky lose to in the now-defunct Best Story Category? Miracle on 34th Sreet. (Add that to the JTA Christmas timeline.)

Thanks to the ‘miracle’ of YouTube, you can watch the original film in its entirety below: