In face of desperate African poverty, Ruth Feigenbaum provides a beacon of hope 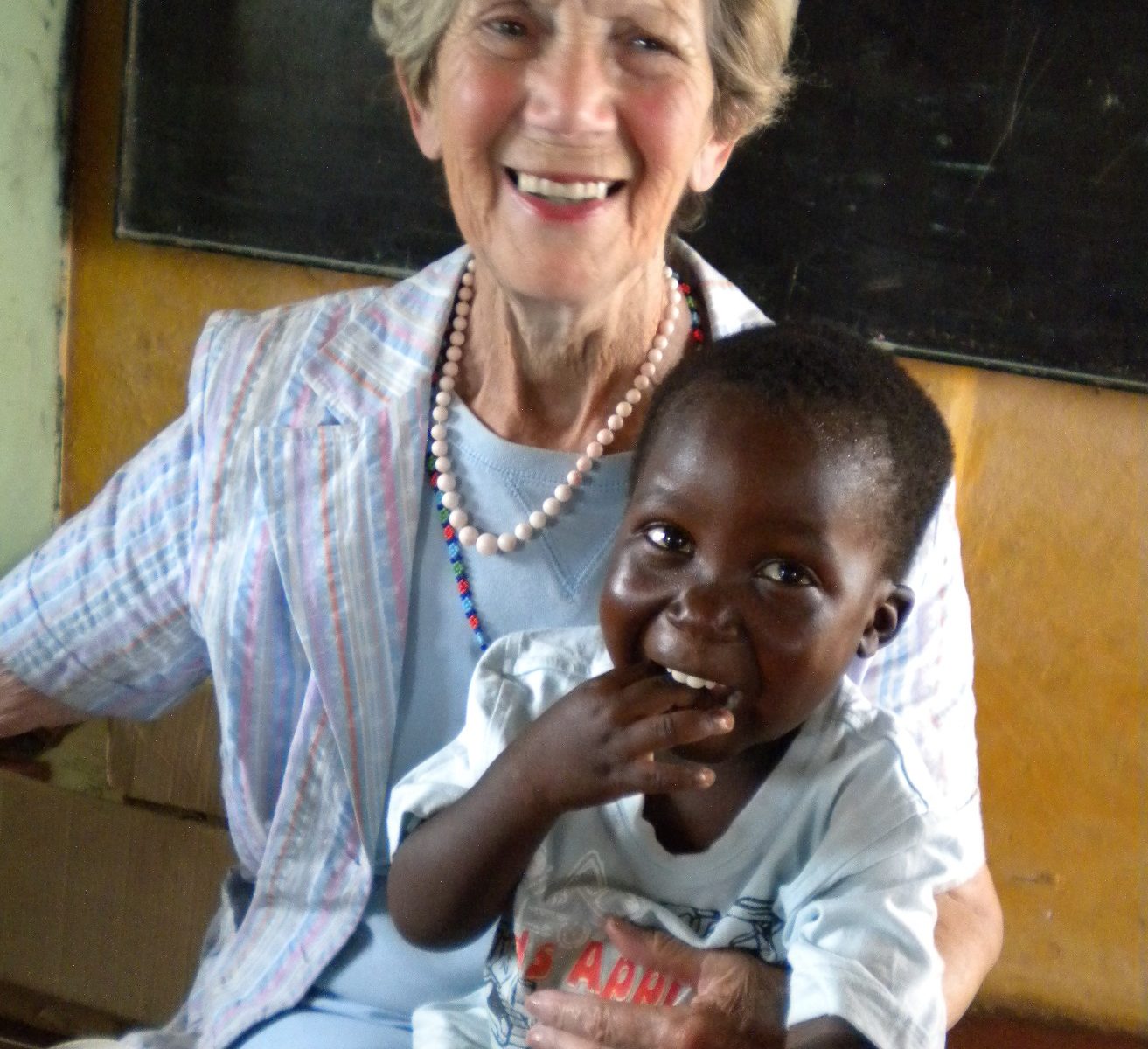 Ruth Feigenbaum, founder of the Support Group of Families of the Terminally Ill in Zimbabwe. (Courtesy SGOFOTI)
Advertisement

Ruth Feigenbaum with Patricia Tshabalala at the facilities of the Support Group of Families of the Terminally Ill. (Courtesy SGOFOTI)

Ruth Feigenbaum with Rabbi Moshe Silberhaft, aka “The Traveling Rabbi,” in the library for AIDS orphans in Bulawayo, Zimbabwe, July 2011. (Courtesy SGOFOTI)

With the help of a physician friend, Phiri was diagnosed: Like nearly one in seven Zimbabweans, he was infected with HIV. Feigenbaum and her husband, Alan, were about to leave for a trip, but they left Phiri with money and food.

Three days later he was dead.

“It upset me beyond belief,” Feigenbaum told JTA. “Who would support his family and so many of the relatives and orphans of those who died from AIDS-related illnesses?”

A veteran of the fight against apartheid in South Africa — Feigenbaum was an active member of Black Sash, an advocacy organization that Nelson Mandela once called “the conscience of white SA” — she responded to Phiri’s death by founding a support group for families affected by the HIV/AIDS pandemic.

In the years since, Feigenbaum has become a major player in helping care for Zimbabweans affected by the disease, working her international Jewish connections for financial and other support she uses to alleviate suffering in a country that the United Nations considers the poorest in the world. Life expectancy there is just 47 years, and one in four children are AIDS orphans.

With assistance from World Jewish Relief in London, Feigenbaum launched the Support Group of Families of the Terminally Ill, or SGOFOTI, an apolitical, nongovernmental organization that provides emotional and psychological support to the families of HIV/AIDS victims in Bulawayo, Zimbabwe’s second largest city, where Feigenbaum lives.

Along with partner Patricia Tshabalala, a woman Feigenbaum calls Zimbabwe’s Mother Theresa, Feigenbaum has built SGOFOTI into an organization encompassing seven constituent groups serving a cross-generational spectrum, from children orphaned by the disease to grandmothers struggling to support families who have lost their breadwinner — all this in a country with weak civic institutions and a culture of fear cultivated by the iron fist of strongman President Robert Mugabe.

“I don’t play bridge or go to tea parties, so this gives me something to do in Bulawayo,” said Feigenbaum, who visits each group on a weekly basis. “But I get just as much out of it as the people. It has also taught them that not all whites are racist, and they have learned something about Jews and Judaism from me.”

One of the SGOFOTI’s member groups is Vulindlela Guardians, located in the Bulawayo suburb of Mpopoma. The group provides orphaned children with school fees, clothing and a place of refuge.

In 2009, Feigenbaum helped provide the group with a library through her connections to several Jewish South African expatriates living in Australia. Two women — one a former student of Feigenbaum’s from Johannesburg — had been distributing recycled books to African children through the Union of Jewish Women of South Africa. Feigenbaum persuaded them to donate a shipment to establish a library for the children at Vulindlela Guardians.

The books were delivered personally by South Africa’s “Traveling Rabbi,” Moshe Silberhaft, for whom the library was named. At the dedication last year, a South African television crew shot footage for a documentary titled “Shalom the Beloved Country.”

“The library will help inculcate a culture of reading for the children,” Bulawayo Mayor Thaba Moyo said during the ceremony, according to text of the mayor’s remarks provided by Silberhaft. “You have equipped our city with great ammunition, which is education. We note that education is vital in spearheading development in our society.”

Feigenbaum and her husband are among the last Jews in Bulawayo, a community that once numbered more than 1,000 and is now down to a few dozen. The couple manages to keep a kosher home only with help from Silberhaft, who sends them necessary supplies from abroad.

In her work with local Zimbabweans, Feigenbaum has introduced some Jewish teachings. During the library dedication, she had tears in her eyes watching the orphans sing songs in the two main indigenous Zimbabwean languages, Shona and Ndebele, as well as in English and Hebrew.

“They greet me on every visit with a ‘shalom’ and thank me by saying ‘todah rabah,’ ” Feigenbaum said. “At Pesach time, with the matzah sent to us by Rabbi Moshe, I arrange a third seder so they can learn a little about our customs.”

Feigenbaum’s efforts have helped engender warm feelings toward the Jewish community in a desperate place where few people have any firsthand exposure to Jews or Jewish customs. Following the library dedication, Tshabalala wrote an earnest letter to Silberhaft thanking him for his efforts.

“Please tell the Jewish community I thank them for their love, care and support,” Tshabalala wrote last year to Silberhaft, “and for making me and my people part of their family.”