10 years later, Passover Massacre victims find solace in one another 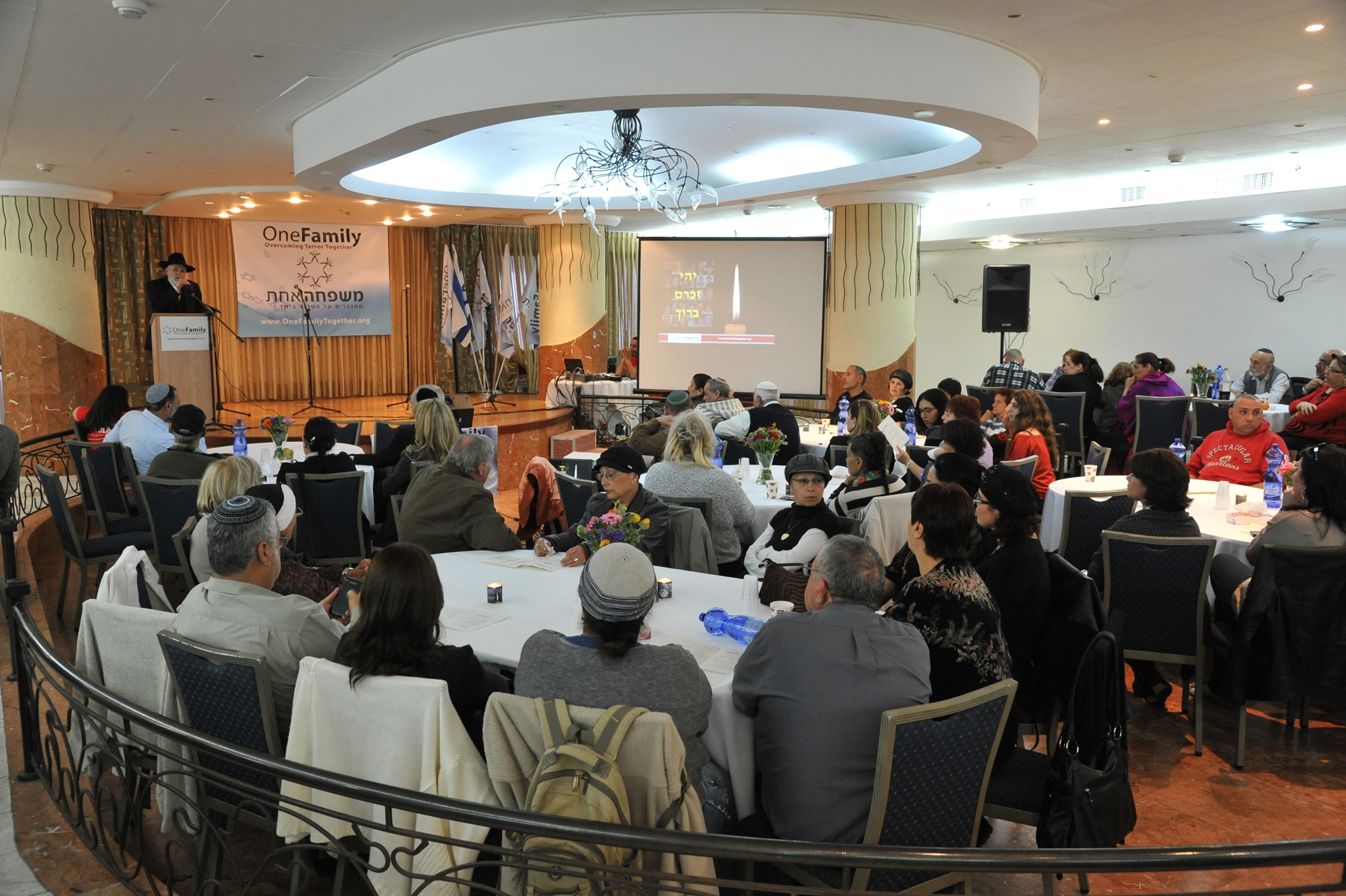 Survivors of the seder massacre at the Park Hotel in Netanya, Israel, join families of victims of the attack and returned to the hotel to commemorate the 10-year anniversary, March 27, 2012. (Courtesy OneFamily)
Advertisement

Dalia Falistian lights memorial candles for her parents at the Park Hotel in Netanya, Israel, 10 years after the seder massacre there, March 27, 2012. (Courtesy OneFamily)

NETANYA, Israel (JTA) — For many years, Moti Amir tried to block out any memory of the horrors that she witnessed on the night of the 2002 seder terrorist attack in this seaside city.

But on the 10th anniversary of what is considered the deadliest terror attack of the second intifada, Amir remembers the haunting images in painfully stark detail: Her 10-year-old son jolting backwards from the blast of the bomb, the doorpost that fell on him and the shattered window glass that cut into the boy as well as her husband’s stomach. She searched blindly in the dark to find her son amid chaotic screams and frantic running. She says she’ll never forget the pools of blood and rescue workers carrying away bodies wrapped in black plastic bags.

Amir and her family survived, fortunately. She hopes her recollections, however gruesome they may seem, send a poignant message to the world.

“That I am a survivor and I didn’t let anyone kill me or take my family away from me — I’m stronger in life from this,” she said, while attending a memorial service this week for victims and family members of the March 27, 2002 attack at the Park Hotel seaside resort.

Just after sundown that night, a Palestinian suicide bomber disguised as a woman walked into the hotel’s lobby with a suitcase filled with explosives and entered the dining room and detonated the bomb, killing 30 people and injuring 140.

Dubbed the Passover Massacre, the attack culminated what was among the bloodiest months of the second intifada in which 135 Israelis had been killed in terror attacks. The severity of the Park Hotel attack led the Israeli government to declare a state of emergency and order the immediate recruitment of 20,000 reservists. The next day, the Israeli military launched a large-scale counterterrorism operation, Defensive Shield, in the West Bank.

Dalia Falistian, 52, did not find out about the attack until she came home from her boyfriend’s family seder. An only child, she spent the next five hours driving from hospital to hospital in search of her parents. At 5 a.m., her uncle called to tell her that she had to identify her mother and father, Dvora and Michael Karim, at the morgue.

“My mother didn’t look like an angel and my father was cut,” she recalled before bursting into tears. The coroner simply handed over her parents’ jewelry. Her thoughts at the time: “My life was finished; I don’t have anybody to come and take care of me.”

OneFamily, a volunteer group that provides material and rehabilitative support to victims and their families, sponsored the memorial gathering.

In a news conference before the ceremony, OneFamily’s chairman, the Canadian-born philanthropist Marc Belzberg, said the victims’ return to the place of the attack reflected their resilience.

“For a victim to go back to the place where he was hurt is a very difficult thing,” Belzberg said.

Belzberg and his wife, Chantal, established OneFamily after their daughter donated her bat mitzvah gifts to benefit the victims of a 2001 terror attack at a Sbarro’s pizzeria in downtown Jerusalem. Fifteen people were killed in the attack.

OneFamily brings together people who have shared similar experiences. Most victims feel profound alienation from their community after the trauma of a terror attack, Belzberg said, noting that friends or family don’t know how to empathize with them.

“Every terror victim will tell you that there’s life before and life after, and life after is one of loneliness and separation from the group,” he said.

Falistian agreed, saying that since the attack she’s had trouble finding jobs and making ends meet. OneFamily has helped her financially and emotionally, she said.

“This is my family now,” she said, noting that her caseworker, Batia Weinberg, has invited her to her home for Passover this year.

Corinne Hamami, the daughter of the hotel’s owners, lost her husband, Amiram, in the massacre. Amiram, the hotel manager, reportedly saw the terrorist enter the building and tried to chase him. He died of his wounds two days later, leaving Hamami alone to raise their six children, then aged 6 to 20.

“It was a very bad situation,” she recalled. “How to wake up in the morning and begin the day? I can’t imagine how to explain this … you want to die.”

OneFamily’s annual camps for terror victims, held at Chanukah, Passover and in the summer, helped her children cope with the trauma.

Hamami said the camp used “black humor” to help the child victims of terror, including her own children, to discuss what had happened to them.

“When they spoke about this with all the other children that have the same problem, it makes them feel something in their heart,” she said.

Hamami continues to work at her family’s hotel, which still holds an annual seder.

“We don’t want to close the hotel,” she said. “We just want to show all the Jewish people in Israel and outside that we are strong and that the Palestinians are not victors, we are the victors here.”