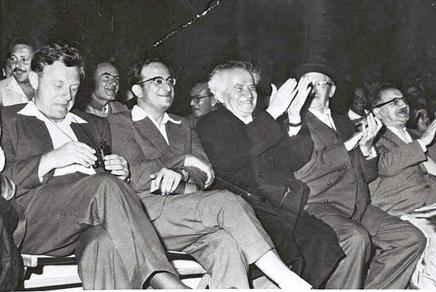 In Israel, one of the most celebrated traditions of Independence Day is the International Youth Bible Quiz (Hebrew: Chidon HaTanakh, חידון התנ"ך).
[[READMORE]]
The competition, which now takes place on Yom Ha’atzmaut and is televised, is generally presided over by the prime minister of Israel and often surfaces inspiring storylines and compelling character sketches:

The 2012 competition — won by Elhanan Bloch of Israel with closely resembled the outcome of the 1984 competition in which the American representative was the runner up.

The first international Bible competition took place in the fall of 1958 to mark the occassion of Israel’s 10th anniversary and was attended by Ben-Gurion and other dignitaries. Initially geared towards adults, other Bible competitions, including one for Jewish youth, were born from the idea.  In late 1959, the Jewish Agency began planning a national competition in America.