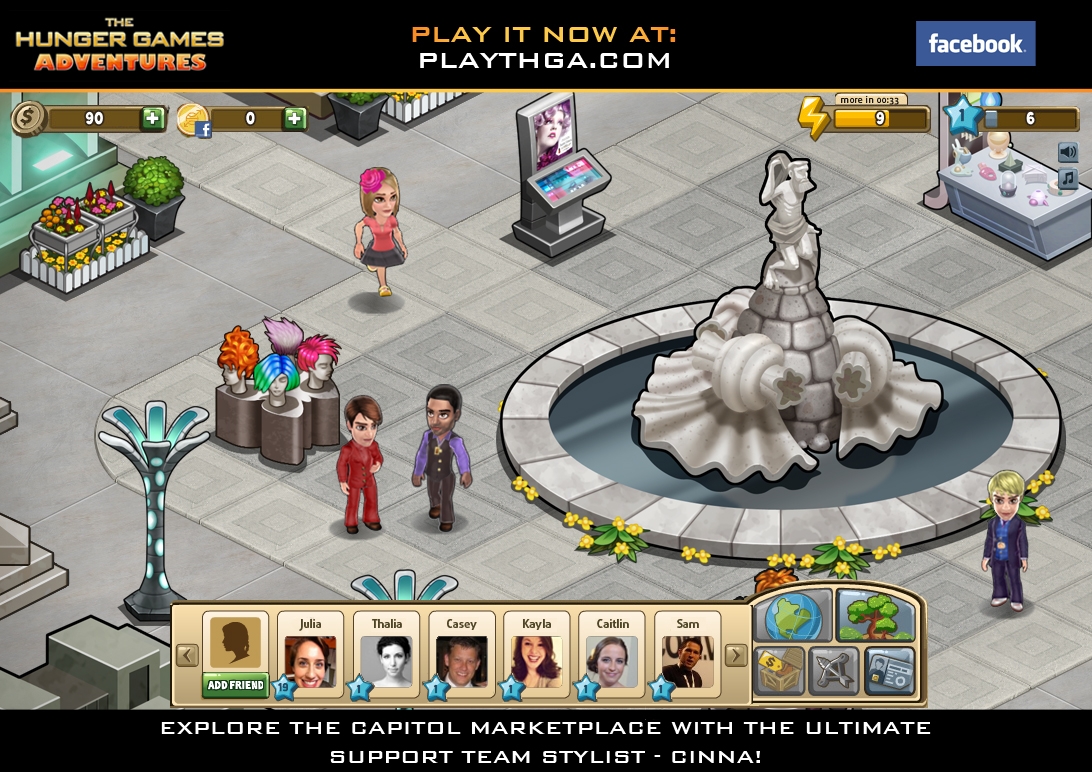 NEW YORK (JTA) — It’s post-apocalyptic America and you’re in District 12 of Panem. With your bow and arrow, you are helping Katniss Everdeen hunt for meat and berries to bring back to your family. President Snow, the evil dictator, is planning the next Hunger Games, in which children are placed in an arena to fight to the death — and you might be chosen.

This is the world that Funtactix, a company founded in Israel, has created on Facebook along with Lionsgate and “Hunger Games” author Suzanne Collins.

With social network games — typically played online through a social network such as Facebook or on a mobile device — replacing the console system as the standard in recent years, Funtactix finds itself well positioned.

The Hunger Games Adventures is just the latest conquest for a company that has been receiving plenty of hype from gaming experts for integrating social gaming with big brand marketing. Last year, Funtactix partnered with Paramount Pictures and Warner Bros. to create Facebook games centered on “Rango,” “Mission: Impossible” and “New Boyz.”

Now it seems to have hit the jackpot: Funtactix is the first company to launch a Facebook game released on the same date as the movie on which it is based.

Half a billion people play social games, according to Funtactix CEO Sam Glassenberg.

“Traditional console-based movie games reached only those hard-core gamer movie fans that both loved the film and owned a specific gaming console,” he said. “With social games there is no barrier to entry, no expensive game console required.”

Funtactix began as a startup company in Tel Aviv in 2006, and now has offices in New York, Jerusalem and Los Angeles.

So how did this young company born in Israel, which is second only to Silicon Valley in its per capita concentration of startups, connect with big names like Paramount, Warner Bros. and Lionsgate?

“Convincing a film studio or director to bring their upcoming film to the medium of social games is no easy task,” Glassenberg said.

But his team of Israelis had decades of combined experience building games for movies and was able to parlay existing relationships with Hollywood.

The company has carved “out a unique niche,” said Scott Steinberg, who heads the technology consulting firm TechSavvy Global.

Funtactix may be making it big at the box office, but its technology is standard, according to Ron Weaver, a faculty member at the Florida Interactive Entertainment Academy.

Several Facebook games have been set up in conjunction with TV shows, and content and technology updates are common for all games, as there are no barriers on the Facebook platform.

“Funtactix’s implementation of console-quality graphics within Flash is not a lone effort,” Weaver told JTA. “Kudos to Funtactix for helping to lead the charge, but fortunately they are not alone.”

Glassenberg, who had worked for Microsoft, says one of the reasons he left the company to join Funtactix in 2008 was to help build the games industry in Israel.

“From personal experience, I know that Israel has the potential to make a huge contribution to the global games industry,” he said, noting that the $100 billion-a-year industry will serve to enhance the nation economically and culturally, providing education and talent retention.

His Zionism and Funtactix’s Israelis roots were among the things that drew him to the company.

“Israel has a great deal to contribute to the global games industry. Funtactix is just scratching the surface,” Glassenberg said. “We have established a reputation in Hollywood for Israeli game development. We hope this will serve as a catalyst for a much larger games ecosystem in Israel.”

Indeed, he’d like to see Funtactix pave the way for other Israeli startups.

Pointing to the powerhouse Google, which recently announced its plans to set up an Israel-based “incubator” to host and fund about 20 entrepreneurs, Glassenberg says big companies want access to Israeli talent.