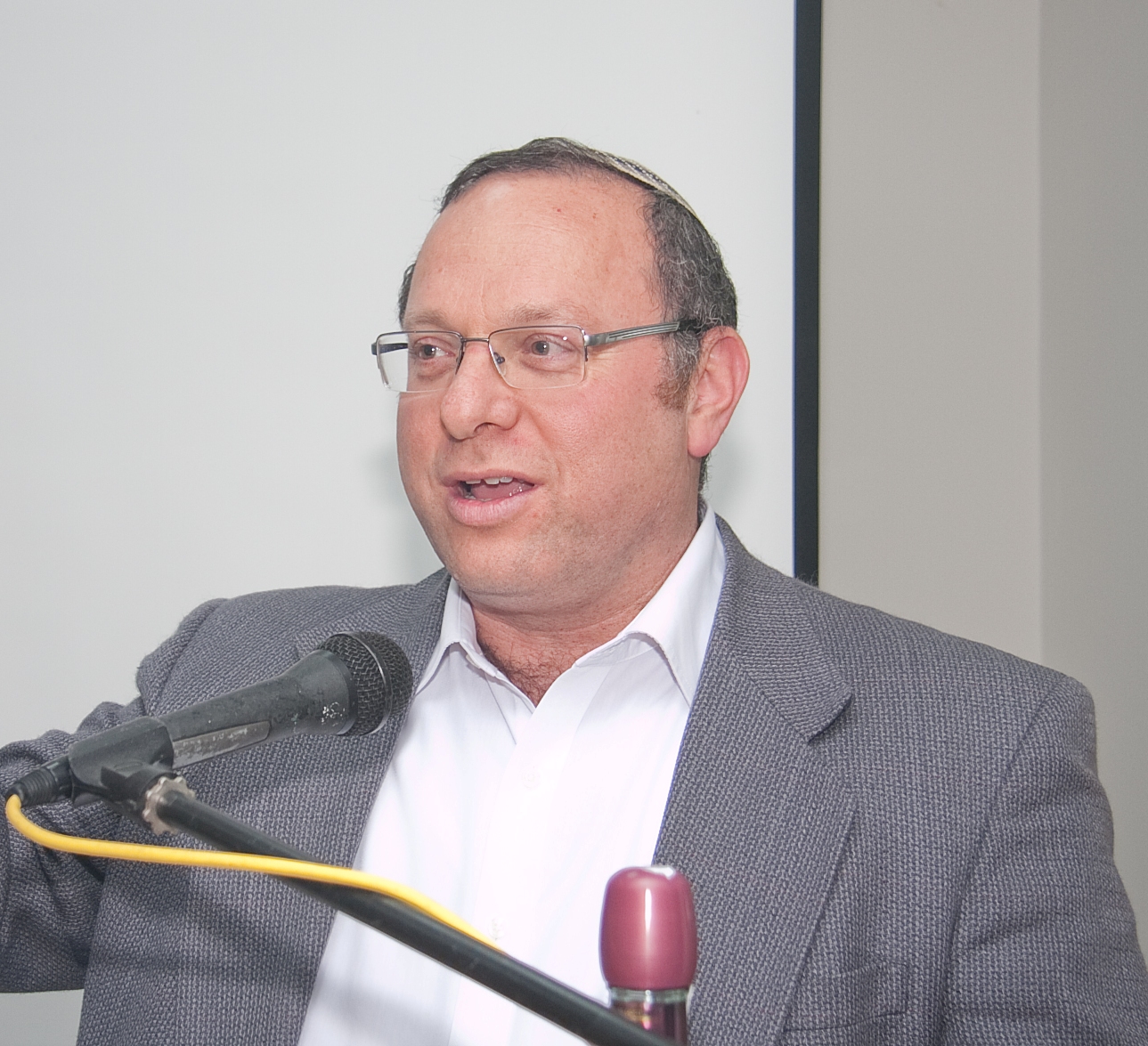 Gesher's executive director, Ilan Geal-Dor, has been promoting the upcoming reunion for his organization, which works to bring together religious and secular Jews. (Courtesy of Ilan Geal-Dor)
Advertisement

Lilach Cohen (left) met her husband Chanan (right) 10 years ago while they were working for Gesher, an Israeli organization that brings together religious and secular Jews. (Courtesy of the Cohen family)

BALTIMORE (JTA) — Three hundred people are expected to attend the upcoming reunion of Gesher, a Jerusalem-based organization that works to bridge the gap between secular and religious Israeli youths. But it will be hard to find anyone in attendance who exemplifies the organization’s ideals better than Chanan and Lilach Cohen, who met 10 years ago while working for Gesher. Chanan was and remains secular, while his wife is observant.

“All the time at Gesher, we’d argue,” Lilach said. “We’d sit together and we’d disagree. I’m to the right politically, and he’s on the left; I’m observant, and he’s secular. Little by little, we connected.”

Throughout its 42 years, Gesher has brought together tens of thousands of Israeli teenagers for conversations, conferences and seminars run by hundreds of staff members — the organization calls them “facilitators,” people “who guide the discussions” rather than presume to have the answers, explains Shira Zik, who joined Gesher as a facilitator in 1999 “thinking it’d be just a job” and still works there.

The July 4 reunion in Jerusalem will be Gesher’s first for its former staff and facilitators. The organization’s founder, Rabbi Daniel Tropper, calls the reunion “an attempt to move Gesher into a new phase by re-establishing contact with alumni.” He says that prevailing religious-secular friction in Israeli society and among Jews worldwide keeps the organization relevant and vital.

“Right now, the Jewish religion divides rather than unites — and it divides on a superficial, political level. We’re fighting over whether haredim should serve in the army, whether buses should travel on Shabbat, whether to open stores on Shabbat,” said Tropper, a Brooklyn native and veteran Jerusalemite. “The real issue is the feeling of one people, of being part of a family despite the differences. This is what I think Israel needs going into the future.”

When Tropper launched Gesher, recruiting teens proved challenging. He traveled the length and breadth of Israel, practically begging high school principals to provide a few minutes to meet 11th- and 12th-graders and encountering parents’ concerns that their children would cross over to the dark side.

The inaugural event was a four-day retreat over Sukkot in 1970 at Kibbutz Kfar Etzion, south of Jerusalem in the West Bank. Participants bunked in tin huts vacated three years earlier by Jordanian soldiers. Most participants came not in groups but individually, which meant that “they were open to meeting other people,” Tropper said.

Attendees “have described it as a seminal experience of their lives,” he added. “Some feel deeply committed. The experience was so powerful to be together.”

Gesher’s executive director, Ilan Geal-Dor, recently spoke about the reunion on the Israeli radio program “Hamador L’chipus Krovim” (Searching for Relatives Bureau). Since the organization does not know what has become of most past participants and facilitators, Gesher is relying on word of mouth to publicize the event.

Geal-Dor recently bumped into Knesset member Ze’ev Elkin and learned that Elkin once was a Gesher facilitator; Elkin and his Knesset colleague Uri Orbach, another alumnus, will be attending the reunion.

Chanan and Lilach Cohen, 36 and 34, are looking forward to the reunion because, she says, Gesher embodies their belief in the need for tolerance and understanding among Jews.

“When people meet, they see that those on the other side don’t have horns. It causes less hatred,” Lilach said.

Lilach is actually the second generation in her family to find a spouse via Gesher. Her parents, Ilan Zim and Ariella Goltz, met as participants in Gesher’s earliest days in the 1970s, when it was based in Safed. Ilan grew up secular and became observant while a university student; Ariella came from an observant family and turned secular. They would marry, with Lilach born a few years later.

The Zims and Cohens live in Tekoa, a mixed secular-observant village near the 1970 Gesher retreat site. The Cohens’ home is kosher, but Chanan eats at restaurants of his choice. On Shabbat, the TV remains off, food is warmed on a special stovetop tray and Chanan speaks on the telephone only from the bedroom. He’ll join an occasional Shabbat outing with secular friends.

“Usually, it’s fine,” Lilach said. “We do have arguments and disagreements, but it’s not a big deal. We have mutual respect. We tell the kids Jews believe different things. When you get older, you’ll choose.”

Email Hillel Kuttler at seekingkin@jta.org if you would like the help of “Seeking Kin” in searching for long-lost relatives and friends. Please include the principal facts and your contact information in a brief (one-paragraph) email.