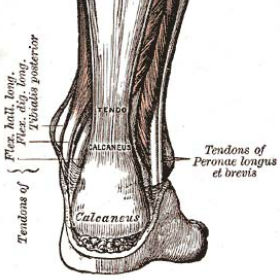 Israeli PM Benjamin "Bibi" Netanyahu was forced to cancel a cabinet meeting Monday after pulling a tendon — while playing in an Arab-Jewish youth soccer game.

Ready for another tendon injury in Middle East diplomacy?
[[READMORE]]
In 1995, Vice President Al Gore was forced to postpone a meeting with Israeli and Arab diplomats after severing his Achilles tendon in a basketball game.

The prime minister should be grateful the injury wasn’t more serious.

According to a 1992 JTA sketch, Hamas founder Sheikh Ahmed Yassin (assassinated in a targeted killing by the Israeli government) was paralyzed from the waist down due to a soccer injury sustained at age 14.