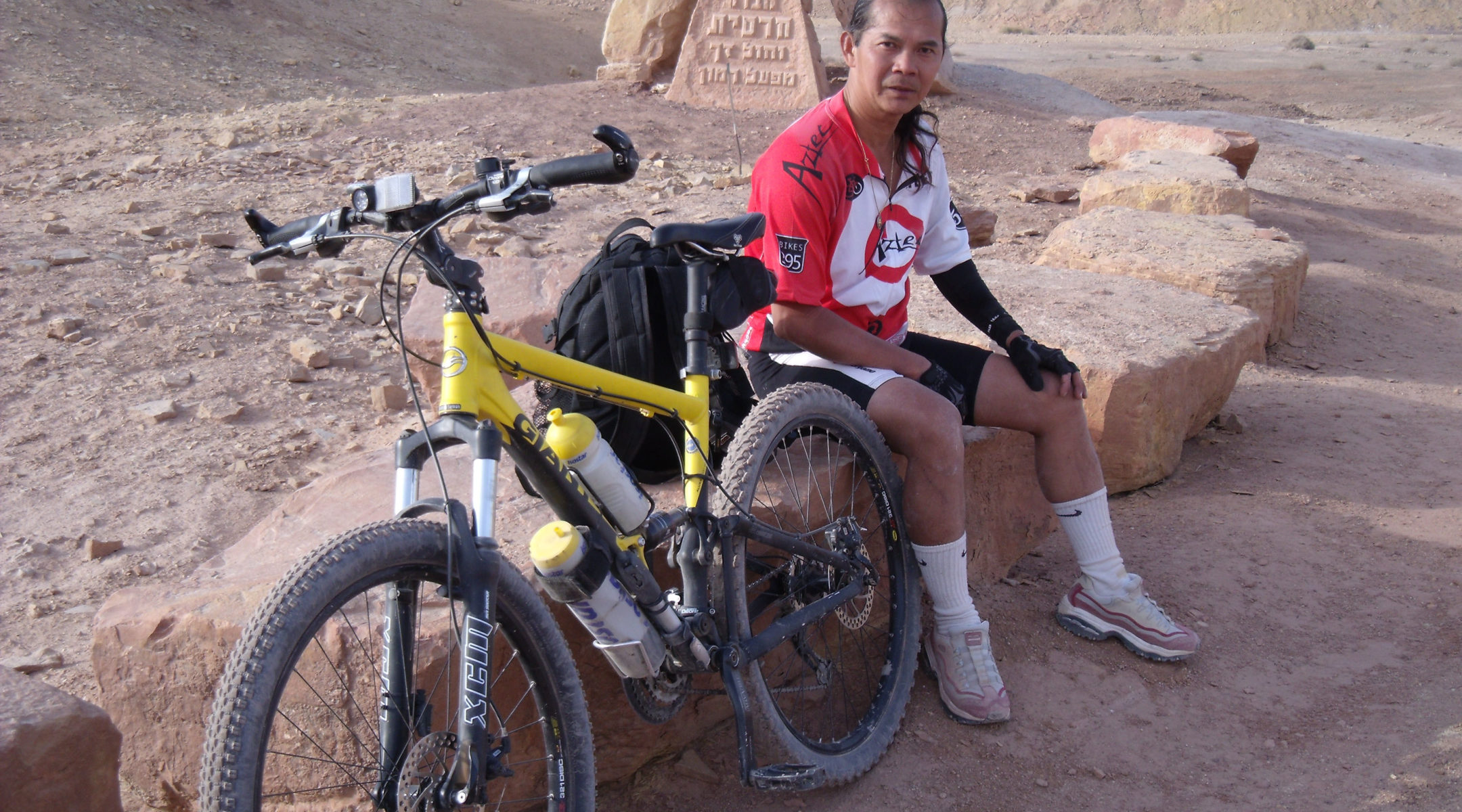 BALTIMORE (JTA) — The Israeli cargo ship Yuvali pushed off from Eilat in the spring of 1977 on what shaped up to be a standard journey to Singapore, Taiwan and Japan.

In east Asia, the vessel slid around the Strait of Mallaca and entered the South China Sea. Just past breakfast on June 10 of that year, along Vietnam’s coast, Yuvali’s crew spotted a fishing boat sporting SOS banners reading “FOOD” and “WATER.”

The Yuvali negotiated a hard-to-execute turn as crew members quickly gathered food items for the fishermen: rice, vegetables, fruit, powdered milk and jugs of water. As the Yuvali pulled alongside, Fingust could see a woman clutching her baby. A few at a time, others joined her on deck, 66 people in all.

The occupants were not fishermen but Vietnamese refugees fleeing Communist rule in their postwar homeland. They were helped on board, and the Yuvali continued on to Kachsiung, Taiwan. The Yuvali’s crew was assured that from Taiwan the refugees would be flown to new lives in Israel – and so they were.

Fingust, 75 and retired from a 45-year career working aboard cargo ships, wishes to reconnect both with the former refugees and his Yuvali crewmates. Fingust, who divides his time now between his native Split, Croatia, and Canada’s British Columbia, doesn’t know the names of any of the Vietnamese. He recalls, however, names of some of his Yuvali mates: Avram Erez, Efraim Markowitz, Uri Isner, Avram Kohen, Alex Munch and Alex Weisfeld.

Fingust had attempted in vain to reach the former group through the daughter of a Vietnamese refugee who had escaped on another ship and also settled in Israel. Through that Tel Aviv woman, “Seeking Kin” established contact with one of the people rescued by the Yuvali, Cuong “Jimmy” Nguyen Tuan, and is attempting to reunite him with Fingust. At this writing, Fingust was away on a three-week fishing trip in Croatia and could not be reached.

In an earlier email, Fingust described seeing the handmade signs on the rickety fishing boat, which was “the moment that our captain decided to take [the refugees] on our ship and give them any assistance they might need,” he said. “You can imagine our surprise! How was it possible to accommodate 66 people inside that small fishing boat, nine meters [30 feet] long? It must have been packed. They must have been sitting one on the other.”

Nguyen Tuan was 18 when he fled Saigon with his parents, two sisters and brother-in-law. After four or five days at sea, they had seen several ships pass without stopping. Hope was nearly lost. Then the Yuvali arrived.

“If we had [waited] another day, we would have been finished,” Nguyen Tuan, now 53, said last week from Israel. “We didn’t know [Yuvali] was an Israeli ship. We saw that it went ahead. We were so happy when we saw it come back. They took us on the ship. I heard from my brother-in-law that it was an Israeli ship going to Taiwan.”

The Vietnamese were refused entry at Hong Kong and Taiwanese ports. Nguyen Tuan subsequently learned that the ship’s captain spoke with Israeli authorities, who secured Prime Minister Menachem Begin’s approval to provide refuge and Israeli citizenship to the 66. With the refugees bearing Israeli papers, Taiwan relented. After a few days in Taiwan, the group flew to Israel.

Yehuda Avner, who served then as an adviser to Begin, was dispatched to welcome the Vietnamese at Ben-Gurion Airport. “I said to them in English, ‘I’m here on behalf of Prime Minister Menachem Begin and on behalf of the government of Israel. You are welcome. You are not strangers in our midst.’ I used those exact words,” said Avner, reached on his Jerusalem balcony. “I thought [they looked] rather confused. They were happy, but obviously we had no language in common. What did they know of Israel?”

The incident remains one of the Jewish state’s proudest moments. On June 20, 1977, Begin had announced his decision in a speech to the Knesset. All told, the Yuvali and other ships rescued 179 Vietnamese “boat people” who were granted citizenship and settled in Israel. According to Haifa’s National Maritime Museum, Begin soon thereafter sent a letter to the Yuvali’s owners.

“Please accept the government’s and my personal thanks for your part in this human enterprise,” Begin wrote. “Jewish people, who knew persecutions and know, probably better then any other nation, the meaning of being a refugee, could not stay indifferent to the suffering of those unfortunates.”

Nguyen Than became a chef and works in a restaurant in Petach Tikvah, a short ride from his Ramat Gan home. He remains Catholic, and a few years ago married a Jewish immigrant from Ukraine.

He does not remember Fingust, but he would like to meet the Yuvali crew members who saved him and his countrymen more than three decades ago. Only four or five Vietnamese families from the Yuvali remain in Israel, most in the Tel Aviv area, he said. The others, including members of Nguyen Than’s family, moved to North America and Europe.

“I love this country because if not for Israel, maybe I would be dead on the sea,” Nguyen Than said after a late night of work at the restaurant.

“The prime minister of Israel brought us here, and I never forgot it. When I came to Israel, it was clearly very hard, but it was OK. I love Israel like I love Vietnam.”

Please e-mail Hillel Kuttler at seekingkin@jta.org if you were rescued by Israel’s Yuvali or worked on the ship at the time. If you would like “Seeking Kin” to write about your search for long-lost relatives and friends, please include the principal facts and your contact information in a brief email. “Seeking Kin” is sponsored by Bryna Shuchat and Joshua Landes and family in loving memory of their mother and grandmother, Miriam Shuchat, a lifelong uniter of the Jewish people.