On Tisha B’Av, revisiting a U.S. Embassy move to Jerusalem 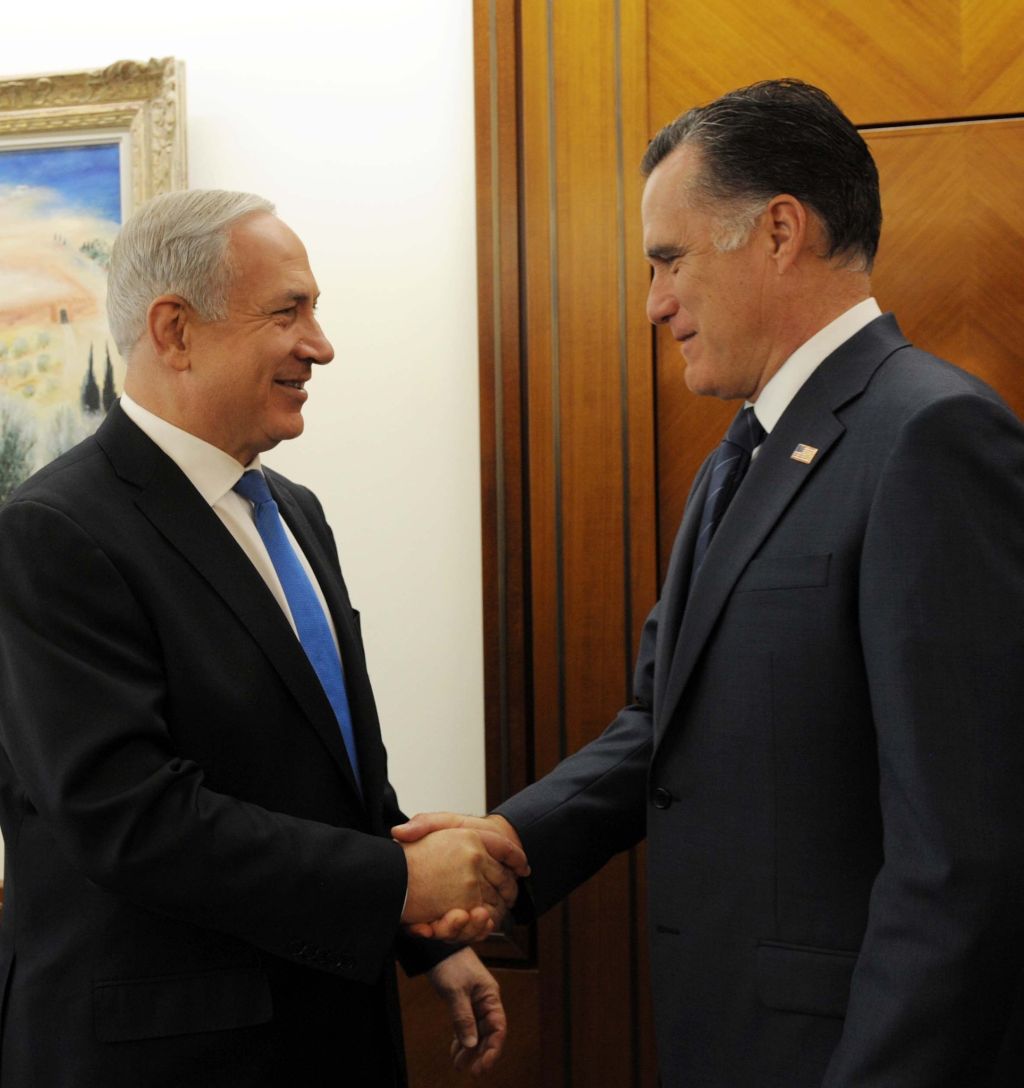 Would the U.S. move its embassy in Israel from Tel Aviv to Jerusalem?

On Sunday, presumptive Republican presidential nominee Mitt Romney met with Israeli Prime Minister Benjamin Netanyahu in Israel during the fast of Tisha B’Av, commemorating the anniversary of the destruction of the first and second temples in Jerusalem.

While concerns about Iran took center stage during the meeting, the Romney campaign sent three press releases prior to the parley, each citing a differnet GOP leader who chastised the Obama administration for its "refusal to say whether Jerusalem is the capital of Israel."

The politically delicate issue was brought brought to the forefront during a White House press conference on July 26, when White House Press Secretary Jay Carney steered clear of the question, “What city does this administration consider to be the capital of Israel? Jerusalem or Tel Aviv?”

Contentious debate has surrounded the long standing question as to whether the U.S. will move its embassy from Tel Aviv, Israel’s cultural center, to Jerusalem. The move has been a hot topic in the battle to garner Jewish support in previous presidential elections, as it would suggest the U.S. government’s de facto recognition of Jerusalem as the country’s capital — a contentious issue owing to Israel’s annexation of eastern Jerusalem following the 1967 Six-Day War. The United States still does not recognize that annexation.

Following the declaration of the State of Israel in 1948 and the drawing of armistice line in 1949, there was some confusion over the identity of the capital. Despite a United Nations call to internationalize Jerusalem, Israel rapidly moved several of its offices there, a surprise move that elicited displeasure from the U.N. and U.S. At the time, the State Department was "awaiting final word from Ambassador James McDonald in Tel Aviv as to whether Jerusalem or Tel Aviv is actually the capital of Israel in the juridical sense."

In 1950, the Knesset declared Jerusalem the capital of Israel by a 61-2 vote. Since then, the United States has debated whether moving the embassy to Jerusalem would serve as a symbol of solidarity with Israel or an impediment to peace in the region.

The U.S. first rejected the notion of moving its embassy in 1953 in a statement made by the State Department to then-foreign minister Moshe Sharett because the question of the internationalization of Jerusalem was still pending before the United Nations. The details of this decision were disclosed 30 years later: "We do not intend to move our embassy to Jerusalem and we will probably wait for Israeli officials to come to our embassy rather than send embassy representatives to Jerusalem for the conduct of business," the State Department account reported.

The question grew more complicated in 1967 when Israel captured the eastern part of Jerusalem and annexed it. According the Israeli Ministry of Foreign Affairs, “since the reunification of the city in 1967, all Israeli Governments have declared their policy that united Jerusalem, Israel’s eternal capital is one indivisible city under Israeli sovereignty.”

During U.S. election cycles, some candidates for president would pledge to move the embassy while others said that the final status of Jerusalem should be determined through negotiations first. President Nixon promised the move in 1972 during his reelection campaign but did not follow through during his presidency. Carter’s administration maintained the status quo, and it wasn’t until the election of 1980 that the issue rose to the forefront once again.

On July 30, 1980, the Knesset passed the Jerusalem Law, which officially declared Jerusalem to be Israel’s undivided capital. The U.N. condemned the law and U.S. abstention to that condemnation left American Jewish leaders disappointed. The candidates quickly responded and later in the year, JTA pressed Carter, Anderson and Reagan for their positions on the matter. The respondents concurred that Jerusalem remain undivided but did not agree on the embassy question.

On October 24, 1995, Congress passed the Jerusalem Embassy Act, recognizing Jerusalem as Israel’s capital and promising relocation no later than May 31, 1999. In a maneuver to voice his displeasure without exercising veto power, President Clinton left the bill unsigned, sending it back to Congress 10 days later, where it became law by default. While the final bill set a May 1999 deadline for implementation, it also included an unusual provision that allowed the president “to postpone the transfer for six-month intervals if he deems it necessary to protect American national security interests.”

While Clinton was the first to exercise the waiver clause, Bush and Obama followed suit on grounds of national security.

The symbolic commitment to Jerusalem played out in the 2000 election, when U.S. inaction on the Jerusalem issue became a key issue in efforts to reach Jewish voters. The GOP’s 2008 nominee, John McCain, promised to make the move “right away,” one month after Obama backpedaled on remarks he made at the 2008 AIPAC Policy Conference pledging to make the move and calling for Jerusalem to remain undivided.

In 2012, former Republican presidential hopeful Newt Gingrich expressed his support for the move, and ex-candidate Michele Bachmann said offered an she had secured funds from a donor who would personally pay for the ambassador’s home to be moved from Tel Aviv to Jerusalem.

With the election just months away, Mitt Romney, the presumptive GOP presidential nominee, has yet to make the pledge. In December 2011, Romney indicated to the Conference of Presidents of Major American Jewish Organizations that he would "consult with the government of Israel" before making a final decision. As recently as June, Romney was unwilling to commit to moving the embassy.

Maybe some post-fast bagels and lox with donors will convince the presumptive nominee to change his position and pledge a hard line on a U.S. Embassy move to Jerusalem. If not, the proposed site for the embassy — an empty lot in the Jerusalem suburb of Talpiot — may lay vacant a little bit longer.