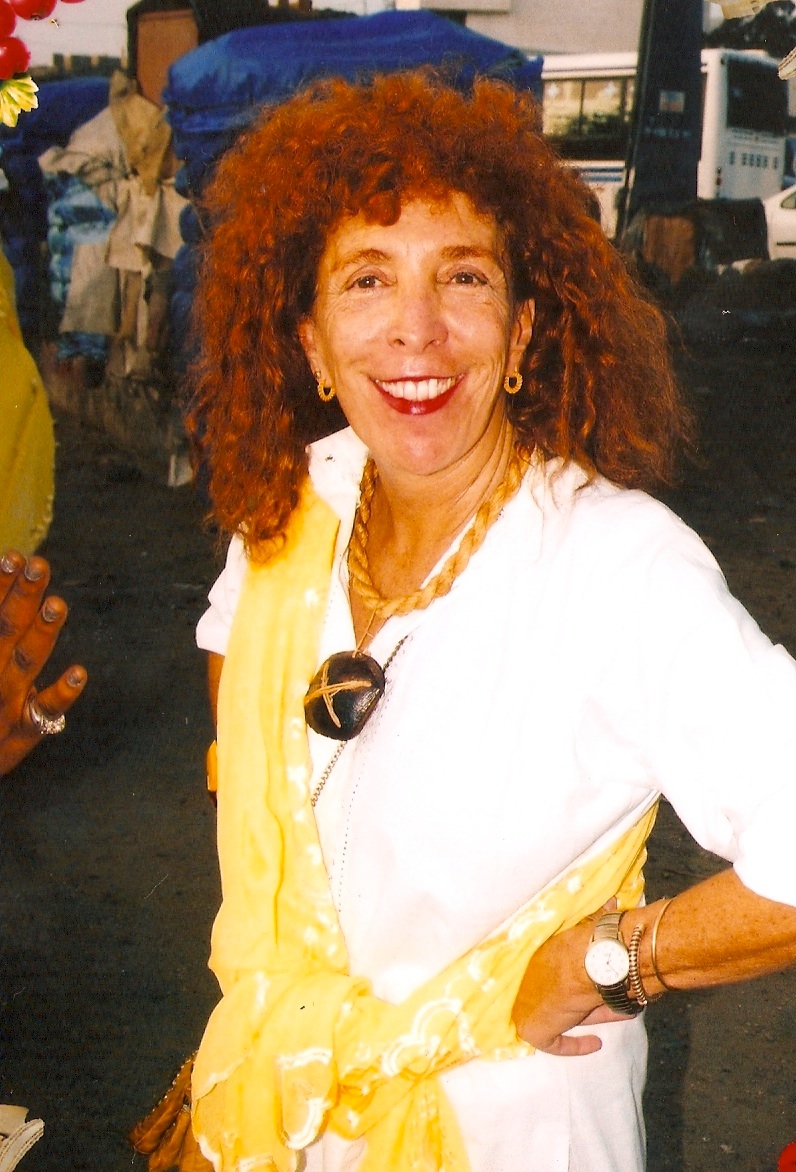 The French-born Gavron, who has made Senegal her home since 1989, says she was immediately taken by the project, which she says combines her passion for Africa with the mystery of rediscovering Judaism.

The film, titled “Black Jews, Juifs noir en Afrique,” focuses on a dozen African tribes — in Nigeria, Ghana, Cameroon and other countries — each with a Jewish story. Some claim to be descendants of the Bible’s 10 Lost Tribes. Others believe that their ancestors were Jews who emigrated from Judea to Yemen looking for gold.

Rabbinical authorities have not accepted any of the groups as Jewish under halachah, Jewish law, although all the tribes strive to be recognized as such at some level or another.

Edith Bruder, who has been studying these Jewish groups for more than a decade and wrote the book “The black Jews of Africa, history, identity, religion,” turned to Gavron for the film, which is expected to be released in the coming months.

“In sub-Saharan Africa, you can find ‘Judaic’ tribes in Ghana, Nigeria, Mali, Uganda, Cameroon, South Africa, Zimbabwe and even in Sao Tome and other countries. There are many of them,” Bruder said. “It is really a vast subject.”

The two women are documenting Sabbath celebrations in remote African villages, Ghanaian Jews practicing circumcision and Jewish-African traditional marriage ceremonies. They have even been deep into the forests filming black Jews preparing their “kosher” meals — in their own tradition, the way the Torah explains it simply — not mixing the meat of the veal with its mother’s cow milk.

Filming a Shabbat service in Ghana was a moving experience, Gavron says.

“At the end, [I was] really very touched and almost started crying,” she said.

The French connection between Bruder and Gavron seems almost predestined: Gavron with her fascination for Africa and for her Jewish roots, and Bruder’s researching of “Jewish-related subjects” for most of her academic career. Their producer, too, is French: Anne Schushman of Scuch Productions.

“I am very interested in Jewish people, being one, and in blacks, living in Africa and having become Senegalese,” Gavron said. “So black Jews is something that was more than perfect for me.”

In the introduction to her documentary project, Gavron writes, “Who has the right to proclaim himself a Jew? Who can assert his connection to Judaism? Are these black Jews really a part of the Jewish people? And if not, why do they wish to be included?”

Her own connection to Judaism — a sense of peoplehood and culture — has mostly been background music, she says, and making the film has “rekindled” those feelings.

Gavron, who keeps busy making films, writing detective stories, organizing cultural evenings, making video clips and curating photo expositions, among other pursuits, recently made history in her adopted homeland. In July, she became the first woman toubab — Senegalese naturalized white person — to be on an electoral list for parliament. With a victory, she would have become the first Jewish member of Senegal’s parliament.

Gavron, 57, hadn’t given much thought to political involvement in the Muslim-dominated country until just a few months ago. At a cocktail party in Dakar, the Senegalese capital, she began speaking to Mamadou Lamine Diallo, who heads Tekki, a left-wing party.

“I told him how much I share with him the values defended by his party: transparency, citizenship activism and ethics,” she said. “He immediately asked me if I cared to join as a candidate for the upcoming elections.”

The offer “enchanted me,” Gavron said. “I felt it was a wonderful way to repay this country, which has embraced me without any restraint or hesitation. It is my way to pay my gratitude back to the Senegalese people.

Gavron was able to run only because the Senegalese parliament adopting an equal gender representation act two years ago, obliging political parties to present an equal number of male and female candidates. And although she did not win the election, the experience convinced her to remain politically active — and she believes the results would be different the next time around.

Senegal has undergone significant changes in the past three years, most recently choosing Macky Sall as president over incumbent Abdoulaye Wade, who was criticized for his grandiose living style. That, along with the new laws designed to promote gender equality, may well play in Gavron’s favor in the next elections.

As to her ”home party,” Gavron is the perfect match for what Tekki is striving to achieve, says El Hadrji Sarr, a Tekki leader who supported Gavron’s candidacy.

”Laurence is a Senegalese in every means and ways, even though she is white,” he said. “She has a natural place within our electoral list.”

Gavron has long split her time among France, Africa and Israel. Although a Senegal citizen who makes her permanent home in Dakar, she says that when she visits Paris, she suddenly feels that is home again, as if she never left the place. Israel, meanwhile, remains her spiritual homeland, she says.

Her first visit to Senegal, a former French colony in western Africa, came in 1987 for an international film festival. She continued to go back and forth before making it her permanent home in 2000. Widowed for several years by then, Gavron says she decided it was time for a real change. She became a Senegalese citizen in 2007.

The night before she left Paris for the permanent move to Dakar, Gavron says she was inexplicably drawn to visit the Jewish quarter of Paris.

“I curiously found myself walking towards the Marais,” she recalls, where she bought a mezuzah.

“Being Jewish is important for me, even though I do not practice Judaism every day,” she said. “I am attached to my Jewish identity and to the cultural elements which differentiate me from others.”