Takin’ it to the schools: Outreach efforts go public 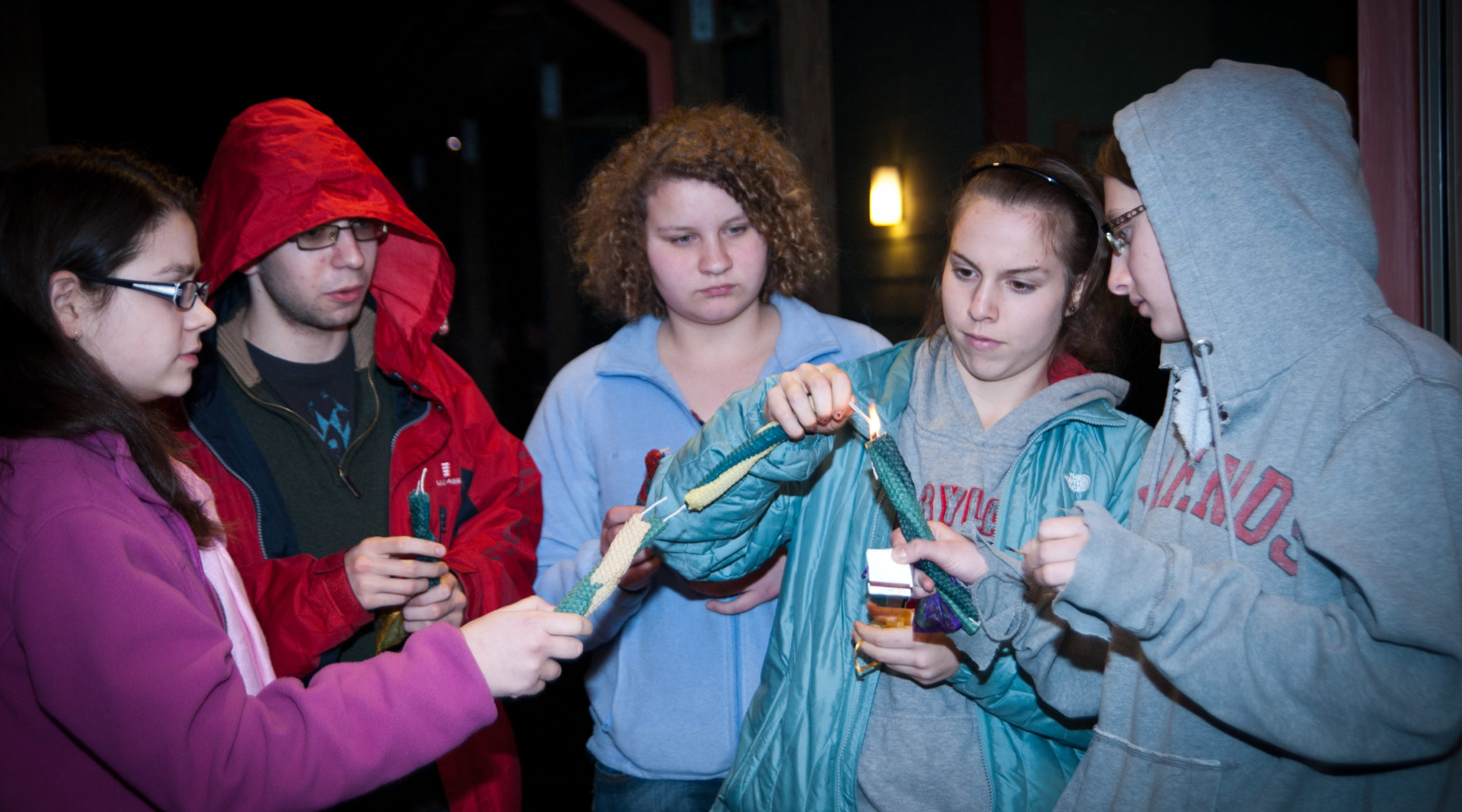 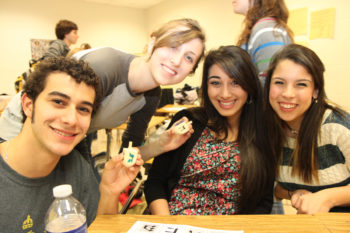 TEANECK, N.J. (JTA) — When Rabbi Adam Raskin arrived at Congregation Har Shalom in Potomac, Md., last year, he was determined to reach out to teenagers uninvolved with the Conservative synagogue’s youth activities.

He approached the principal of Winston Churchill High School, also in Potomac, with a proposal to bring food to the school periodically, so he could schmooze with Jewish students during their lunch periods.

“I decided that the best way to connect with them is to go to where they are,” he said.

Raskin is not alone in that thinking. Jewish groups have long been reaching out to teens to fight post-b’nai mitzvah burnout. For several years now, some organizations have been taking Judaism directly to teens in their schools.

In 2002, a group of Persian Jewish students in a Los Angeles public high school decided that they wanted to do something Jewish and sent an e-mail to a yeshiva in Israel that eventually reached the Orthodox Union. That was the beginning of the Jewish Student Union, the OU’s public school outreach program.

Now some 10,000 high school students, of various observance levels, at more than 250 JSU clubs across the country get together over kosher pizza during their lunch periods to talk about Israel, what happened in class that day or anything else on their minds.

“It’s the one place in schools Jewish kids can spend time with each other,” said Rabbi Steven Burg, the international director of NCSY, the OU’s group for teens. “The ultimate goal is to encourage the kids to do something Jewish. Wherever that journey takes them is up to them.”

The United Synagogue for Conservative Judaism doesn’t have a program similar to JSU, but the organization is looking toward “a whole new era of youth engagement,” said Rabbi Steven Wernick, CEO of United Synagogue.

“We’re also looking, in a very broad sense, at how we can better connect with children and teens and how we can strengthen learning in Conservative synagogues – not just classroom learning but all sorts of learning, experiential and otherwise,” he said.

In Maryland, Winston Churchill High welcomed Raskin on the condition that he handle all of his own promotion. Shortly after the High Holidays, the rabbi began showing up in school with sandwiches from a local kosher deli, and some 30 students have joined him throughout the year. Some are members of the synagogue, some had gone to preschool there but haven’t been back since and some are completely unaffiliated, but all are welcome, he said.

“He wants to get to know everybody and make us have a good time, both at the synagogue and away from the synagogue, with our Jewish identity,” said Emily Dahl, 16, a rising junior.

“Everybody enjoyed coming together with their fellow Jewish students during a different setting during a normal school day,” she said. “It’s nice to bond over religion at school.”

Discussions have ranged from what it’s like to be Jewish in the school to what happened in history class that day. The conversations are organic and student-led, Raskin said, and that’s the way he wants it — light and informal, allowing students freedom of expression.

“Some of the most interesting outcomes have been when everybody else leaves, some kids stay and talk about personal issues, share life stories,” he said. “That’s been tremendous. I don’t know where we would have had that opportunity or they felt safe enough to have that sort of conversation.”

The program has become so popular that Har Shalom parents whose children attend other area high schools have begun asking the rabbi to replicate the program. Raskin also has had preliminary conversations with the students about formalizing the event into a Jewish student club.

However, the most important result, he said, is the positive connections that the lunches are creating for the students with each other, the rabbi and the synagogue.

“Not everybody will do that for high-schoolers,” Dahl said. “We felt we were appreciated and he cared what we had to say.”

Until ending its national operations last year when it handed responsibilities to regional offices in San Francisco and Baltimore, The Curriculum Initiative had spearheaded Jewish programming on the national level for non-Jewish private schools for 15 years. Neely Snyder, director of teen engagement at The Louise D. and Morton J. Macks Center for Jewish Education in Baltimore, runs the Teens Can Identify program there in 14 private schools, reaching 1,500 students, of whom 850 are Jewish.

“Many are looking to meet other Jewish students or reconnect with old friends,” she said. “And others are primarily interested in exploring their Jewish identity as they are beginning to define for themselves who they are and how they relate to the world.”

Some TCI programs in the past year have included challah and hamantaschen-baking, discussions on Gilad Shalit, the Israeli soldier who was held in captivity by Hamas for more than five years until his release last fall, and a week of events marking Sukkot — all implemented in collaboration with Jewish student leaders, Snyder said. TCI programming not only has enhanced diversity in the schools, she added, but also has led to personal growth among students.

Snyder credits TCI’s inclusion of Jewish and non-Jewish students as a reason behind its success.

“The Jewish cultural conversations and holiday celebrations held at these schools are open to everyone, and the Jewish students have demonstrated more interest in being present when their peers are there as well,” she said. “This also expands the conversation to universal themes so that anyone, regardless of background, is comfortable and has something to contribute.”

With TCI operating solely in private schools, issues that breach church-state separation are not brought up, but they do remain a concern for public school programs.

In 1984, Congress adopted the Equal Access Act, which allowed public schools to make their facilities available to religious student-led and -run organizations. The Supreme Court upheld the act.

The Anti-Defamation League, however, finds the idea of any religious organization in public schools “disturbing,” according to Steven Freeman, the organization’s director of legal affairs. Despite the Supreme Court’s approval, the ADL remains wary of blurring the line separating church and state.

“That line is a very slippery line,” Freeman said. “Now it’s a question of making sure there isn’t proselytizing going on.”

The ADL’s sentiment appears to be shared by the Union for Reform Judaism.

Some URJ congregations offer afterschool programming for students, he said, also noting that URJ has sent youth group advisers to some prep schools at the schools’ invitation. Freelander praised efforts to reach out to unaffiliated Jewish students, “but it’s unlikely you’re going to see Reform programs moving into public school buildings,” he said.

When initially creating the JSU model, the OU, too, was concerned about separation issues, but looked to the plethora of Christian clubs meeting in public schools as precedent, Burg said. All students, Jewish or not and of any observance level, are welcome in JSU clubs and no proselytizing takes place, he added.

“There’s so much to be gained by going to them, especially when it comes to kids,” Raskin said of outreach efforts. “It just demonstrates that they’re an important population and we care about them.”