At the New Year, American Jews grapple with balancing faith, work and school 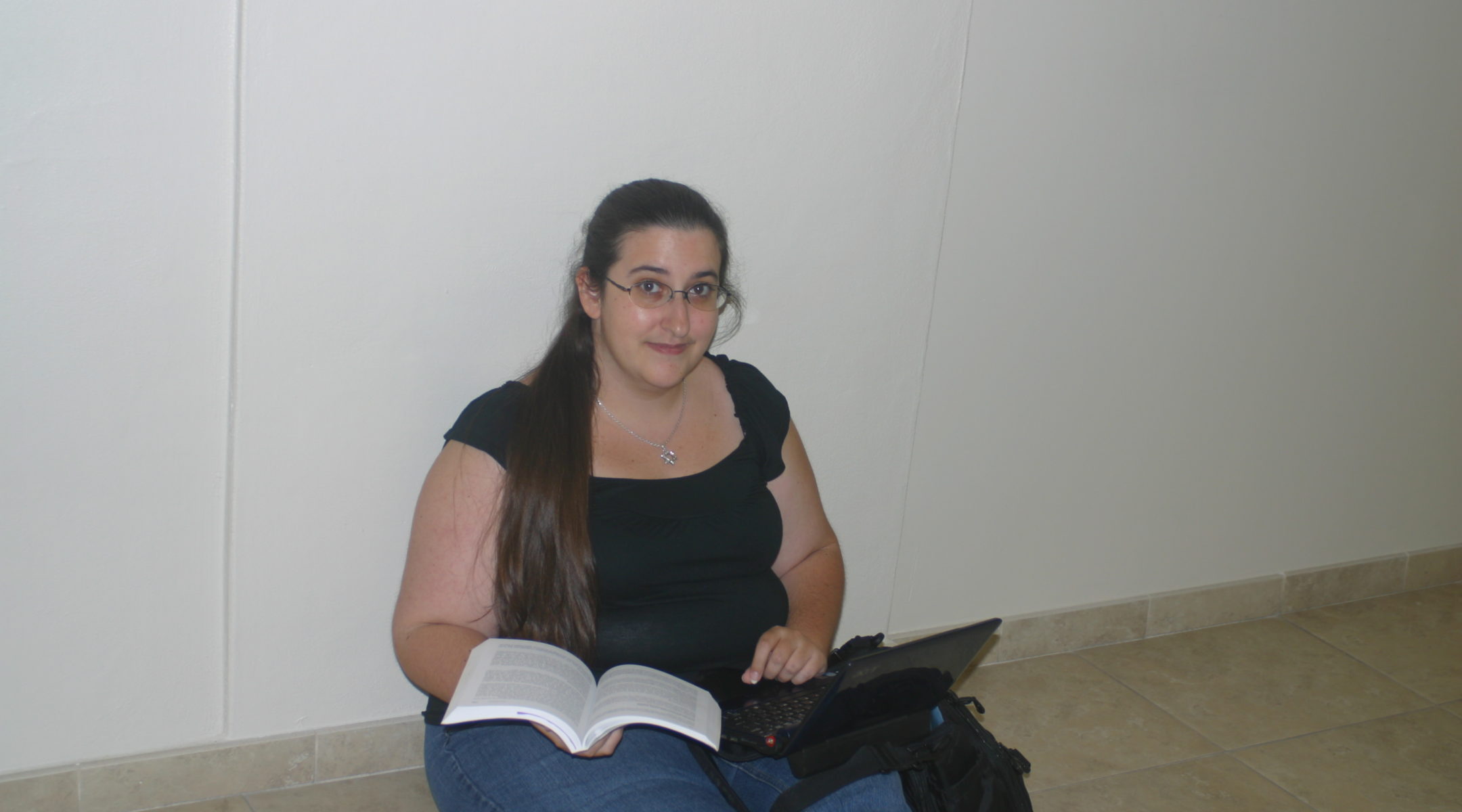 Brenda Rienhardt, a student at Florida Atlantic University, is among the many American students who must balance their studying and practice of the High Holidays. (Courtesy Brenda Rienhardt)
Advertisement

NEW YORK (JTA) — Last Yom Kippur, a fasting Brenda Rienhardt sat in the hallway outside her classroom studying for a test while watching online Yom Kippur services on her laptop.

“I wanted to keep up with what was going on religiously and not fail my test,” said Rienhardt, 26, a Fort Lauderdale, Fla., resident who was then a senior at Florida Atlantic University. “It was just a challenge because I was balancing what I should do with what I needed to do.”

For many American Jews like Rienhardt, the High Holidays mean balancing the demands of the American workplace and school with their Jewish observance.

Lisa Vaughn, who has worked as an urgent care and emergency physician for 17 years, said that being on call doesn’t give a lot of opportunities to take days off.

“When you have that job, you work every shift, holiday or not,” said Vaughn, 51, of Massillon, Ohio. “You hope God understands because you know your employer doesn’t.”

Jonathan Sarna, professor of American Jewish history at Brandeis University, says the High Holidays are a time when Jews are conflicted with their identity.

“I think because there are many non-Jews who know about the High Holidays and wonder if a Jewish person doesn’t celebrate them … Jews find themselves confronting the tension between identifying with the Jewish community or identifying with the general community,” Sarna said. “It’s not about the High Holidays but about one’s larger identity as a Jew different from the rest of America.”

Shawn Green, a now retired Jewish professional baseball player, sat out a 2001 Los Angeles Dodgers’ game on Yom Kippur for just that reason. It was the first time in 415 games that he chose not to play.

“As a baseball player, it’s a little different, you don’t have the luxury of picking several holidays. But if I was going to pick one holiday to sit out, then that’s the one,” Green said about Yom Kippur. ”I felt that as one of the few Jewish athletes, it was important to acknowledge my connection to my heritage.”

His first major challenge came in 2004 when the Dodgers were locked in a tight battle with the San Francisco Giants for the division title. With only 10 games left in the season and two of them scheduled for Yom Kippur — one on Kol Nidre, one on Yom Kippur afternoon — Green faced a dilemma.

“I was in a no-win situation because if I miss both games, that would be a little hypocritical because I really wasn’t very religious, but at the same time I wanted to acknowledge my connection and heritage,” Green said. “So I opted to play one and to sit one game as a compromise just to say look, I am acknowledging my Jewish roots, but at the same time I also have a responsibility to the team and to my fans at the Dodgers.”

“Most of the things you do as a litigator involves either briefing matters, taking discovery, trials and other court appearances. You almost always know well in advance what the schedule will require for each of those tasks,” said Koplow, 61. “It’s usually very easy to schedule them around the holidays so that holidays are not a problem.”

For some people, it’s not getting time off for the holidays that’s problematic, it’s the stress of being disconnected that causes tensions.

Take Stu Loeser, who recently left his job as press secretary for New York Mayor Michael Bloomberg. Loeser said that with his BlackBerry turned off during holidays and the Sabbath, he doesn’t necessarily know about breaking news.

“When you pick up the newspaper the next day, then you can be in for quite a surprise,” said Loeser, 39. “I find it especially stressful and nerve-wracking. I have a deputy who steps in for me, but even though you have phenomenally competent people filling in for you doesn’t mean that it’s not stressful.”

For Loeser and other observant Jews, however, it’s the lesser-known holidays, such as Shemini Atzeret and Shavuot, that can be most challenging in terms of taking days off.

“Everyone’s heard of Rosh Hashanah and people understand that there are people who observe and some people who sort of observe,” Loeser said. It’s the other 10 days  — Simchat Torah, Shemini Atzeret, two for Sukkot, the first two and last two of Passover and two for Shavuot —  that are the most difficult. “People start thinking that you are taking the same two days off a month because people have never heard of them.”

David Barkey, the Anti-Defamation League’s religious freedom counsel, said much of the confusion surrounding the holidays arises because not all people observe the holidays in the same way.

“You might have employers that look on the calendar and see that Yom Kippur is on Wednesday and not understand why an employee needs to leave on Tuesday night or why one employee takes two days off when another takes a week,” Barkey said.

Sippy Laster, 24, a recruitment coordinator at JPMorgan Chase in New York, does her best to compensate for the time that she takes off.

“I spend a lot of time working later, and the days leading up to the days that I have to take off, I end up spending later nights at work so a lot of preparation goes into it,” she said.

Barkey said that while most employees are able to observe holidays by trading shifts and talking with their employers, religious accommodation issues are still a problem.

While Title VII of the Civil Rights Act of 1964 provides the primary protection, Barkey says there is no absolute requirement for an employer to give time off.

“If you have a religious conflict, especially if you know far in advance, you have a duty to tell your employer in advance,” he said. “A lot of complaints we get are from employees who waited two or three days before the holidays to ask for time.”

Jacqueline Simon, public policy director of the American Federation of Government Employees, the largest union representing government workers, says the problem often isn’t getting the time off but feeling left out.

“I think people are tolerant of someone taking time off for religious observance, but much less willing to alter the schedule of a group to accommodate one or two people,” she said.

Rienhardt has seen that firsthand. “If you go to the dean and make a fuss, yes, you can have the day off, but if you have a test, you are going to be at a disadvantage,” she said. “When they have tests scheduled, teachers tend to be less forgiving.”

Many Jews believe that clients and co-workers view their decisions to take time off positively.

“For a business that is all business all the time, I think a lot of [my clients] respect that there’s something else that’s important to me than just the business,” said Cory Richman, 34, a partner at the talent management firm Liebman Entertainment in New York. “It keeps me grounded and I have morals.”

Rabbi Abigail Treu, a rabbinic fellow and director of planned giving at the Conservative movement’s Jewish Theological Seminary, says that for people who absolutely cannot take time off, there is an understanding built in to the tradition.