U.S.-Israel tensions on Iran are boiling over 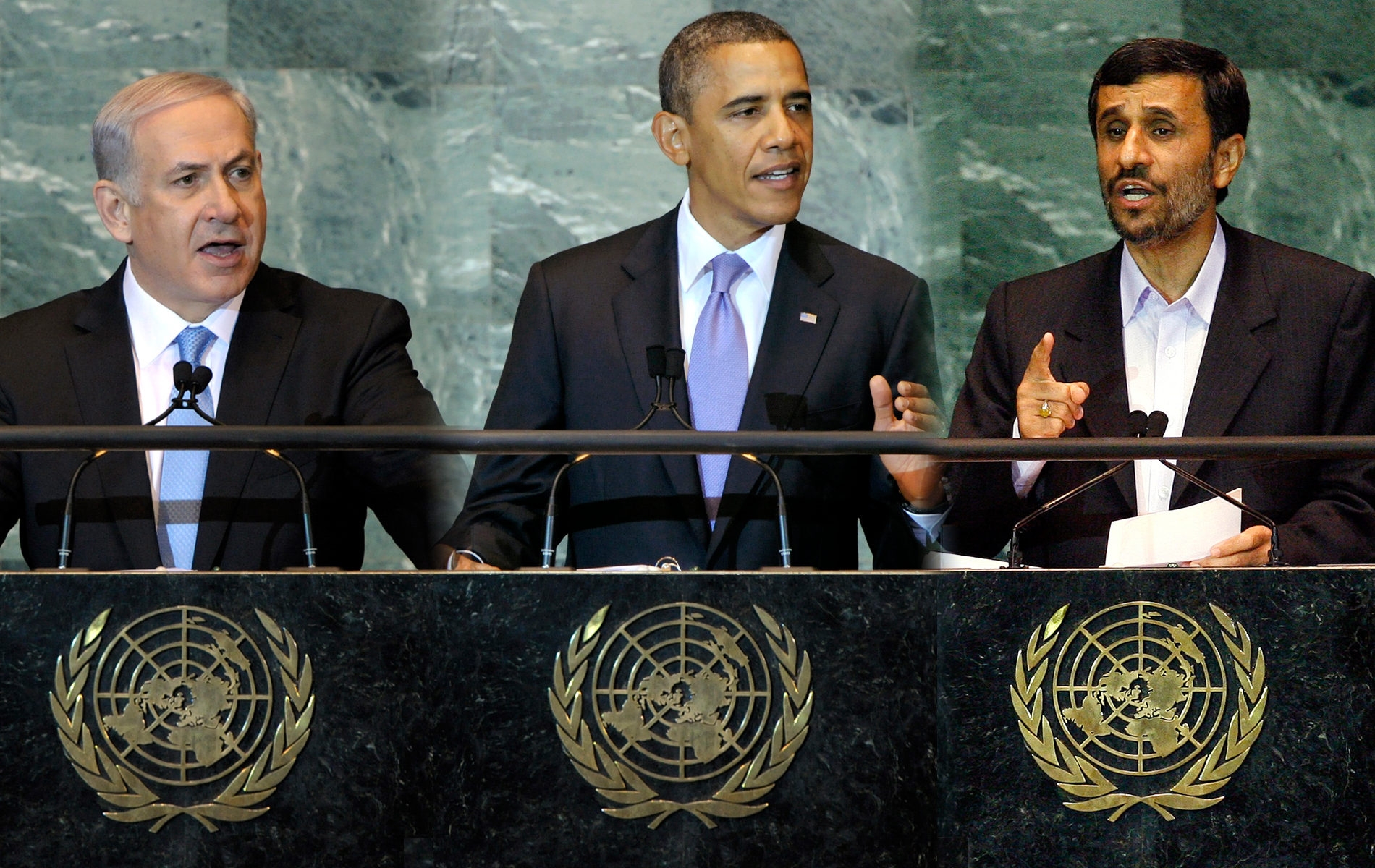 WASHINGTON (JTA) — Between the red lines, the deadlines, the diplomacy and the dress downs, the vaunted cooperation between Israel and the United States on whether and when to strike Iran seems to be in a free fall.

In an unusually blunt outburst, Prime Minister Benjamin Netanyahu on Tuesday blasted the “international community” — widely seen in Israeli media as code for the Obama administration — for refusing to set red lines in its effort to keep Iran from obtaining a nuclear weapon.

“The world tells Israel, ‘Wait, there’s still time’,” Netanyahu said in English at a ceremony in which he greeted Bulgaria’s prime minister. “And I say, ‘Wait for what? Wait until when?’ Those in the international community who refuse to put red lines before Iran don’t have a moral right to place a red light before Israel.”

That appeared to refer directly to the rejection of deadlines by U.S. Secretary of State Hillary Clinton on Monday in an interview with Bloomberg News.

“We’re not setting deadlines,” Clinton said. “We’re watching very carefully about what they do because it’s always been more about their actions than their words.”

The comments were made a day after Netanyahu in his weekly Cabinet meeting called on the international community to “set Iran moral and practical red lines, lines that will stop its race to achieve nuclear weapons.”

In another sign of increasing tension over the Iran issue, people close to Netanyahu leaked to the Israeli media that President Obama would not meet with the prime minister when they both address the U.N. General Assembly later this month.

Tommy Vietor, a spokesman for the National Security Council, dismissed the account, noting that Obama and Netanyahu would not be in New York at the same time.

“The president arrives in New York for the U.N. on Monday, September 24th, and departs on Tuesday, September 25th,” Vietor said in a statement. “The prime minister doesn’t arrive in New York until later in the week. They’re simply not in the city at the same time. But the President and PM are in frequent contact and the PM will meet with other senior officials, including Secretary Clinton, during his visit.”

Netanyahu reportedly offered to come to Washington to speak with the president. By that time, Obama will be deeply involved in his presidential campaign, and White House officials have said he has scheduled no bilateral meetings during the General Assembly week, when the world’s leaders meet in New York.

Netanyahu wants a clear sign from Obama that he will strike if Iran is poised to acquire a nuclear bomb. The Obama administration, which has blitzed Israel in recent months with a parade of official visitors, has said that it is keeping all options on the table, including the possibility of a military strike. But the administration will not make clear in public or in private what the trigger for such a strike would be.

Israeli anxieties are exacerbated by reports out of Iran that the Islamic Republic’s suspected nuclear weapons program is accelerating.

On Tuesday, The Associated Press quoted unnamed diplomats as saying intelligence provided to the International Atomic Energy Agency shows that Iran has advanced its work on calculating the destructive power of an atomic warhead through a series of computer models that it ran sometime within the past three years.

The information comes from Israel, the U.S. and at least two other Western countries, according to the diplomats.

Iran denies it is working on a nuclear weapon.

The IAEA would not comment, but four of the six diplomats who spoke to the AP on the issue said the new intelligence is alluded to in an oblique passage in the IAEA’s August report on Iran saying that “the agency has obtained more information which further corroborates’’ its suspicions.

Netanyahu last month dressed down the U.S. ambassador to Israel, Dan Shapiro, over the Iranian nuclear issue at a meeting between the Israeli leader and Rep. Mike Rogers (R-Mich.), the chairman of the U.S. House of Representatives Intelligence Committee.

“There was no doubt,” Rogers told WJR, a Michigan radio station, in a story picked up by The Atlantic magazine. “You could not walk out of that meeting and think that they had not lost their patience with this administration.”

“Not everything you read in the newspaper is true,” he said. Disagreements were natural because Israel is “located in the backyard of Iran” and is threatened daily, whereas the U.S. is a “big country located far” from Iran and has “vastly better” weapons.

“It was a candid, respectful and substantial” discussion, Oren said.

Obama’s chief of staff and his informal top liaison to the Jewish community, Jack Lew, assured pro-Israel Democrats at a private lunch last week in Charlotte N.C., where the Democratic National Convention was being held, that Israel was up to date on U.S. plans.

“We have made it clear to others what we think that time horizon will look like” regarding an Iran timeline, Lew said, according to an official of the Center for Middle East Peace.

The Obama administration has made clear its preference to exhaust diplomacy and sanctions before considering a military strike — a preference that Clinton reiterated in her Bloomberg interview.

“We have always said every option was on the table, but we believe in the negotiation, the diplomatic effort through the P-5+1, but also pressure. And we are working to increase that pressure. The sanctions, we know, are having an effect,” Clinton said. “The efforts that the P-5+1 have made to pin Iran down on what exactly they are willing to do are still underway, and we will be having some meetings in the next month in New York and elsewhere to take stock of where we are.”

The P-5+1, the group leading negotiations with Iran, are the permanent five members of the U.N. Security Council — Russia, China, Britain, France and the United States — plus Germany.

Israeli and U.S. officials have emphasized the close consultations between the two countries on Iran, which Clinton noted in her own interview.

“They’re more anxious about a quick response because they feel that they’re right in the bull’s eye, so to speak, if this doesn’t end up changing Iranian behavior and their nuclear weapons program,” she said of the Israelis. “But we’re convinced that we have more time to focus on these sanctions, to do everything we can to bring Iran to a good faith negotiation.”

Sen. Joseph Lieberman (I-Conn.) said any American strike would have broad backing in the U.S. Congress.

Speaking Monday at B’nai B’rith International’s policy conference, Lieberman said, “There will be overwhelming bipartisan support of that action in the Congress of the United States,” regardless of whether Obama or Mitt Romney is president at the time.

Suzanne Pollak of the Washington Jewish Week contributed to this report.