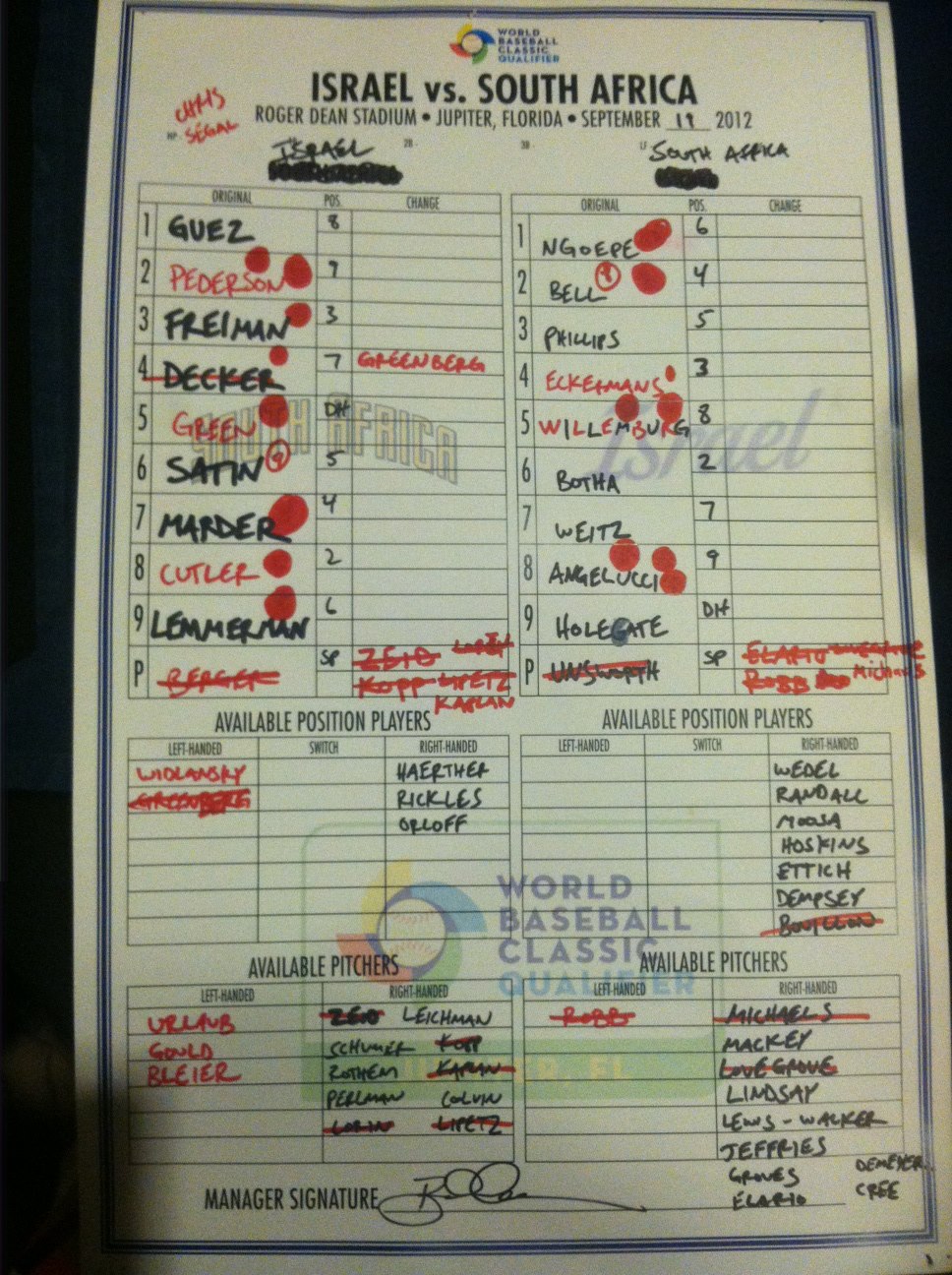 Israel’s debut in the 2012 World Baseball Classic qualifying tournament is getting attention because the team is stacked with American ballplayers.

Nu, what did you expect?

Baseball is an American sport. An early Palestine ballgame documented by JTA in 1934 featured two teams — both named the “Americans” — duking it out on the diamond:

Tel Aviv, Jul. 5 (JTA) – The Jerusalem Americans baseball team triumphed over the Tel – Aviv Americans on the latter’s home grounds yesterday by the close score of 3-2 after a hotly contested Independence Day game yesterday before an enthusiastic crowd of 2,500.

Players of both teams were feted last night at a July Fourth entertainment and dance at the Ritz Hotel under the auspices of the American Zionist Club of Palestine. Almost all the Americans residing in and around Tel Aviv were present.

Tal Brody, drafted 12th by Baltimore in the 1965 NBA Draft, declined a stint in the NBA to lead Maccabi Tel Aviv to the Euroleague Finals in 1966-1967 and to the European championship in 1977 after serving in Vietnam for the U.S. and later declaring Israeli citizenship.

In the late 1970s through 1980s, a handful of Black American basketball players were at the center of a conversion controversy as Maccabi Tel Aviv began attracting talent from the ranks of the NBA. Unlike the World Baseball Classic, Euroleague regulations placed a quota on the number of non-citizen players eligible to play for Israel or any other country in international competition. Some believed that Maccabi Tel Aviv recruits Aulcie Perry and Earl Williams were seeking conversion to claim Israeli citizenship through Israel’s right of return, which guarantees citizenship to any Jewish person, thereby freeing up roster spots for more foreign-born talent.

Stacking baseball teams with American talent isn’t unique to Israel. When oil was discovered in Saudi Arabia in the mid-twentieth century, American employees of the Saudi Aramco Oil Company helped build state-of-the-art sports facilities for their families’ recreation. A 1972 Aramco World magazine feature describing the evolution of sports in Saudi Arabia has the trappings of a “Field of Dreams” set in the desert, noting the presence of about 3,000 Aramco employees and 6 officially recognized Little League teams.

In 1989, a Saudi Little League team stacked with American talent handed Israel a whopping defeat by a score of 30-0 (some even reported 50-0).