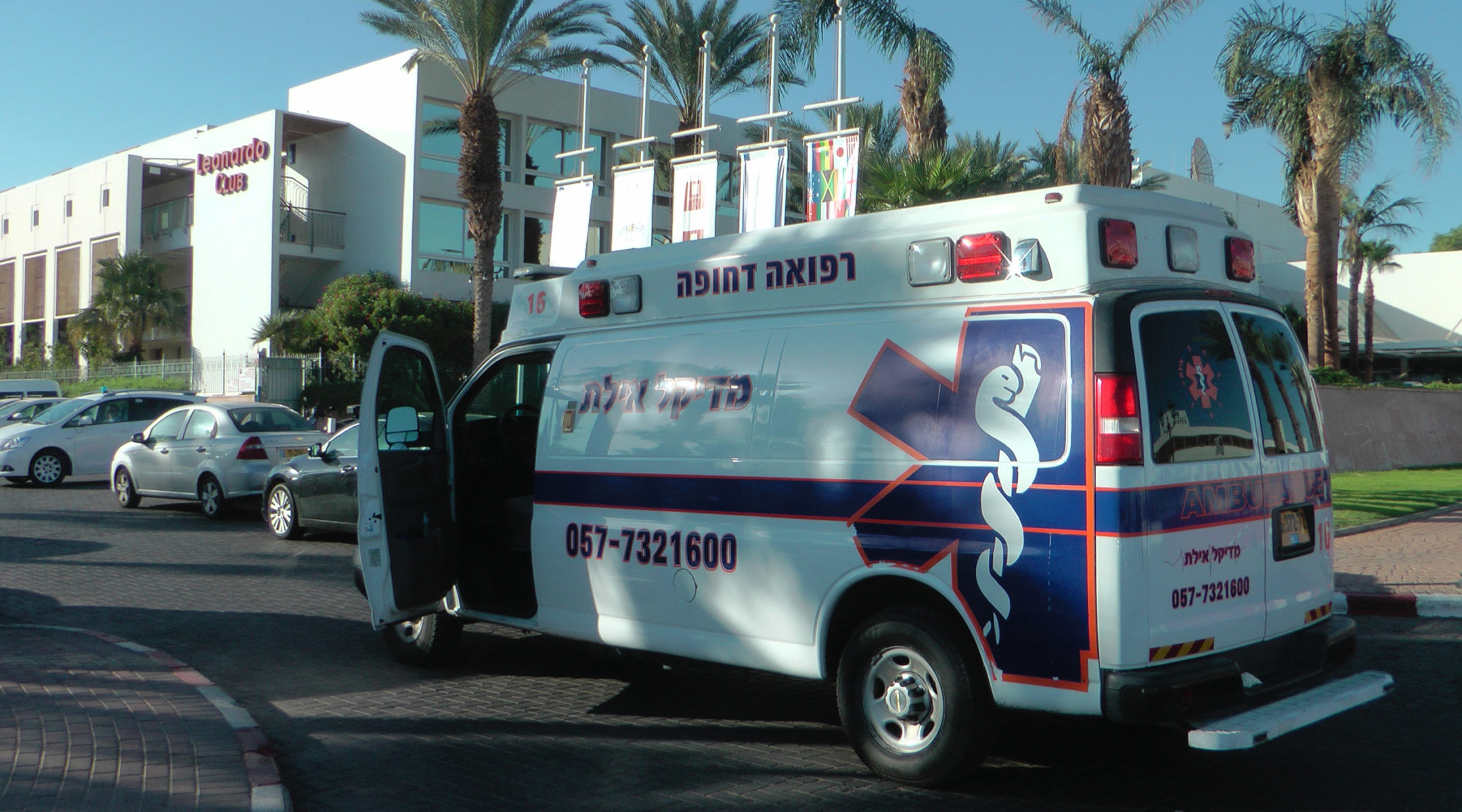 Police and medical personnel at the scene where American intern William Hershkovitz opened fire at the Leonardo Club Hotel in Eilat, killing one, Oct. 5, 2012. (Flash90/JTA)
Advertisement

Police and medical personnel at the scene where American intern William Hershkovitz opened fire at the Leonardo Club Hotel in Eilat, killing one, Oct. 5, 2012. (Flash90/JTA)

TEL AVIV (JTA) — The recent shooting of an Israeli hotel employee by an American Jewish intern is raising questions about how Israel internship programs for Diaspora Jews recruit and screen applicants.

The assailant, William Herskowitz, was killed by police following a brief standoff last Friday shortly after the fatal shooting, in which he reportedly used the firearm of a hotel security guard to kill 33-year-old Armando Abed in the dining room of the Leonardo Club Hotel in the southern Israeli resort city of Eilat.

Herskowitz had been enrolled in Oranim’s Eilat Hotel Experience, an internship program for American Jews interested in the hospitality industry. He had worked in several positions at the hotel and took a course in hotel management. Oranim is a tour provider that offers long- and short-term Israel programs to young adults.

According to Oranim, Herskowitz had lost his job a day earlier for lack of discipline.

To get into the program, according to current and past Oranim employees, Herskowitz had to fill out an online form, pass a two-part phone interview with Oranim recruiters and send in a medical history form.

Past recruiters at Oranim and other long-term internship programs in Israel noted the difficulty of gauging the personalities of potential participants from across the ocean.

“On one hand you can have a phone conversation with someone and they sound fine, handle themselves well,” said a former Oranim recruiter who asked to remain anonymous. “You can have a doctor sign off on this form and not report certain medical disorders, and how would you know? People can seem completely normal on the phone or Skype, and then things surface once they get to Israel.”

Oranim’s spokesman, Yuval Arad, said that Herskowitz had a clean medical record and no criminal history. While Oranim’s online application included a resume, Oranim did not ask Herskowitz for references or a personal essay on why he chose the program — safeguards required by similar programs.

A recruiter for the WUJS Intern Tel Aviv program, which like Oranim combines work with Hebrew study and travel, said her program requires a personal essay and a video interview — and references, if deemed necessary — in order to ensure that recruiters know which applicants to watch closely, even after they arrive on the program.

“It is possible for people to fall through the cracks, but if you work for a program you know who your red flags are from the first conversation and monitor their behavior closely on the program,” said Amy Gross, the WUJS recruiter. However, she added, sometimes “all the monitoring in the world can’t prevent someone from doing something crazy.”

Herskowitz also received funding for the program from Masa Israel Journey, an umbrella organization for 200 long-term Israel programs. In order to receive the stipends, which run into the thousands of dollars per person, participants must be Jewish and aged 18 to 30.

Following the shooting, the Jewish Agency for Israel, which governs Masa, said that it would be convening a panel “to examine the processes by which the American participant was accepted to the Oranim program in Eilat,” according to an email. A subsequent statement to JTA called the incident “a truly anomalous event.”

The former Oranim recruiter, as well as the group’s spokesperson, said the phone interview was enough to determine whether an applicant was fit for Oranim’s programs.

“You can tell by having a conversation with somebody if they sounded competent, if they sounded strange or if they had a strange reason for coming to Israel,” the former recruiter said, adding that recruiters sometimes called applicants’ grandparents to get more insight into them.

Arad, Oranim’s spokesman, said the organization has to rely on the applicants themselves to provide reliable information.

“You don’t ask a person, ‘Are you crazy?’ ” Arad said. “They need to give medical assurances. What can you learn from the resume of an 18-year-old?”