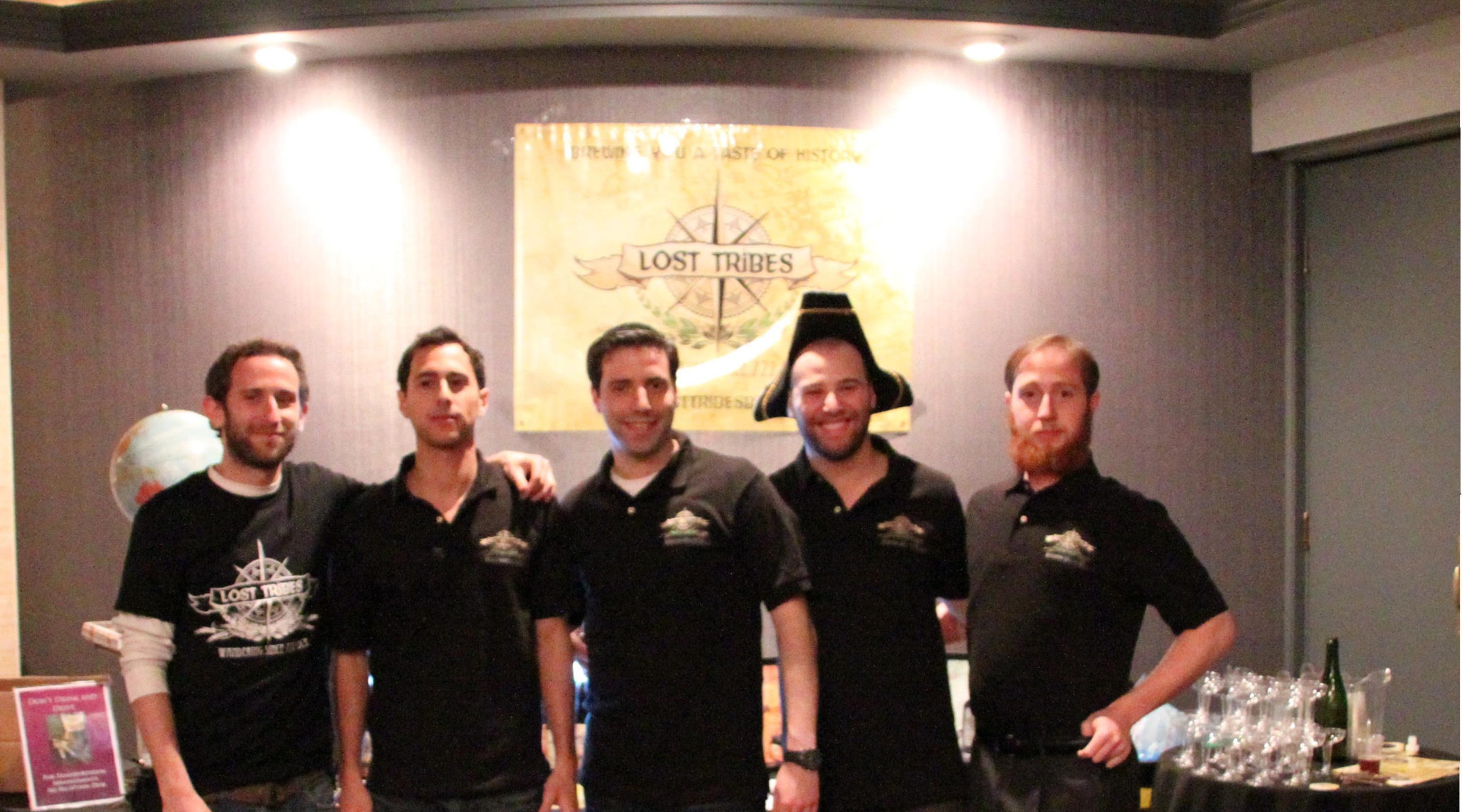 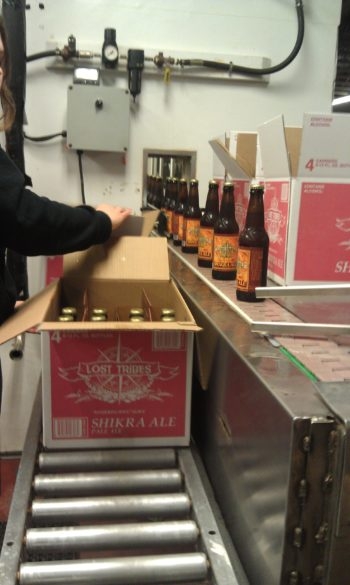 NEW YORK (JTA) – As he weaves in and out of traffic in New York City on a Friday afternoon, David Itzkowitz has two things on his mind: Shabbat and beer.

Beer because Itzkowitz, 26, is a co-founder of Lost Tribes, a beverage company that makes microbrews derived from ancient recipes held dear by Jewish cultures from exotic parts of the world. And Shabbat because Itzkowitz, an observant Jew, still has a few deliveries left to make before sundown.

“It’s all about the pale ale,” Itzkowitz tells JTA by phone on his way to a delivery in the Bronx. “You need a balance of the perfect amount of hop with a little malt. It needs to tickle your taste buds and have a little buzz, too.”

The idea behind Lost Tribes, which is less than a year old, was born in 2009 when three of the company’s five founders ventured to Israel to learn more about the country’s budding microbrewery industry and come up with ideas for their own beer.

“We were exploring, looking to find new recipes, and Jews from all these interesting places kept approaching us about their family recipes,” Itzkowitz said. “They were worried that these ancient recipes, which are thousands of years old, would be lost, since nobody was selling them on a commercial scale and their kids didn’t know them.”

The three collected recipes, took notes and, upon their return stateside, began working with a brewmaster to test the recipes and develop the beers for commercial sale.

According to the company’s website, “2,700 years ago, ten of the twelve tribes were sent into exile, eventually settling across Europe, the Middle East, Africa and Asia. Legend has it that one day the tribes will return home bearing gifts from their lands. We’ve discovered that each tribe holds a unique crew recipe — we believe that their brews were the gifts they were meant to bring home.”

Lost Tribes sells three beer lines: a pale ale they call Shikra, an Aramaic word for alcoholic beverage; Tej, an Ethiopian-adapted recipe of honey and herbs that is kosher for Passover; and a low-calorie option called Light.

The beers are made in the Finger Lakes region of upstate New York, and the company’s warehouse is in Queens. The company says it donates a fixed amount of profits to Israeli groups that work with Jews from the ethnic minorities said to be from the lost tribes.

One of the company’s next projects — aside from developing more craft brews — is to launch a social media website called iTribe, where people from around the world can digitally connect and learn about ancient traditions by sharing photos, literature and recipes.

After Lost Tribe’s website went live in 2011, people from around the world wrote in claiming to be part of a lost tribe and offering up their own family recipes, the founders said.

“We got an email last week from someone in Japan who said he was part of a lost tribe and has an incredible Japanese whiskey recipe for us,” Itzkowitz said. “We’ve also heard from Lemba, people from South Africa with a Jewish claim, who have their own brew recipe.”

Rozenberg adds, “We’re hoping to get to a point where we have an entire set of these ancient beer options.”

It’s not surprising that so many of these cultures have their own beer recipe, Rozenberg said. After all, nearly every culture has its own alcoholic traditions, though carbonated beer of the sort imbibed today did not emerge until the 16th or 17th century.

Even the Talmud speaks of beer, Rozenberg notes, pointing to a passage in Tractate Pesachim in which Rav Papa, a famous sage, makes beer from dates.

“We adapted our Shikra line of beer after him — it’s a pale ale made with organic dates from Israel,” Itzkowitz said.

Lost Tribes is in the process of developing several new beverages, including Zuting, a rice and yeast-based wine; Chibuku, a heavy beer of Zimbabwean origins; and their own version of sake.

Farago, the inhouse beer connoisseur, attributes much of the company’s success to New York’s downtown tech scene, Silicon Alley, where the brewer has partnered to do corporate parties with companies such as Vimeo, Buzzfeed and College Humor. Lost Tribes also runs Tumblr’s monthly beer-pong tournaments. Forbes magazine listed Lost Tribes as one of the new cool beers to try.

“The response has been so great, and the reorder requests from the bars have been overwhelming,” Farago said. “People love our backstory. It’s great to see how many people care about our attempts to resurrect ancient brews.”